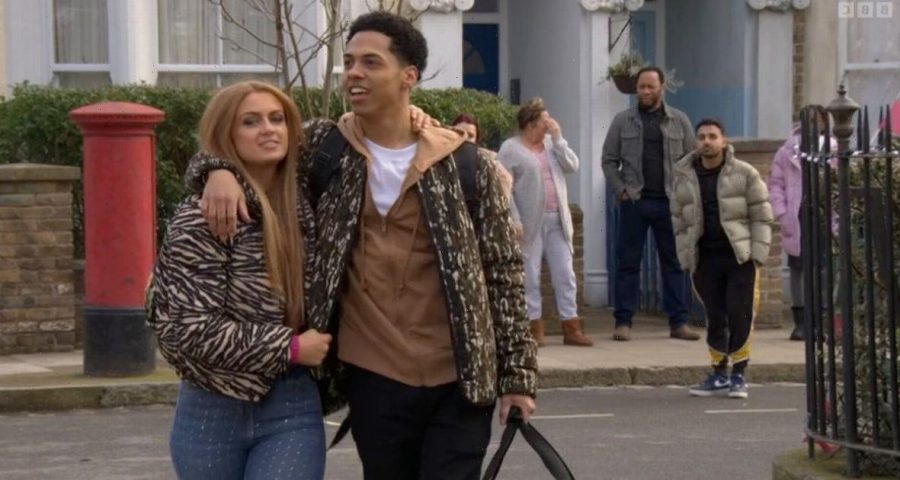 EastEnders star Zack Morris has give fans a glimpse of his exciting new career move following his departure from the soap.

Taking to Instagram the TV star posted a picture of himself in a studio pointing to an image of himself on the screen and wrote: "Officially wrapped on my debut movie ‘Jericho Ridge’!"

He added: "Playing ‘Monty Temple’ was such a dope experience. I can’t wait for everyone to see the finished product on the big screen. I won’t say too much about the movie, but what I will say, is that IT IS GOING TO BE WILD! Keep your eyes peeled for more Jericho news, you’re not going to want to miss it."

His EastEnders co-stars were quick to comment on the post. with Jacqueline Jossa writing: "Love this!! Smash it Zack!!!!"

James Bye, who will appear on the new series of Strictly Come Dancing, added: "go on lad."

Jericho Ridge is in post-production and set to be released later this year.

The movie will tell the story of the Sheriff of North Washington county, who finds herself alone in her office one night and discovers she's been set up by a murderous drug cartel, and must battle desperately to save herself and her son.

Zack's co-stars include Nikki Amuka-Bird (as seen in Persuasion and Old), Michael Socha (This is England, Double Date) and Olivia Chenery (Bulletproof, Legacy).

Earlier this year Zack, 23, who played Keegan Butcher-Baker in the soap, announced he would be leaving the show after making the "tough decision" to give his on-screen character "some well-earned rest".

At the time he shared snaps of his leaving party with his followers on Instagram and wrote: “Celebrating the end of an incredible era with some incredible people. You’ve all played a huge part in making me who I am today."

Zack was previously rumoured to be in a relationship with his co-star Maisie Smith.

Maisie, 20, who played Tiffany Butcher, left the soap in 2021. She's recently been linked to Strictly Come Dancing co-star Max George, 33, with whom she's said to be in a secret relationship after they were seen kissing on a recent flight.

In pictures obtained by The Sun, the stars are seen sitting next to each other on the way to Crete, with fellow passengers reportedly seeing the pair sharing a kiss.