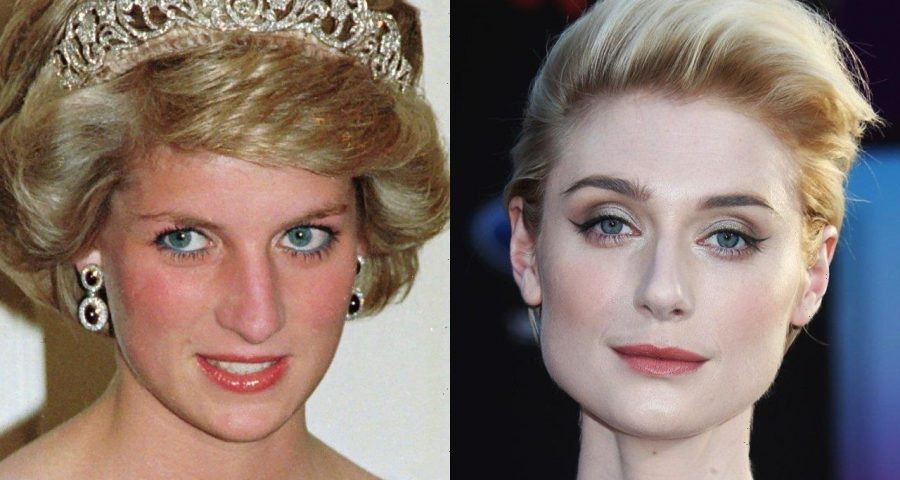 The Australian actress is seen filming a scene on the England film set, donning a slinky, black dress that mirrors the Princess of Wales’ iconic outfit designed by Greek designer Christina Stambolian.

AceShowbiz –Elizabeth Debicki continues to nail her portrayal of Princess Diana for an upcoming season of “The Crown“. In a new set picture, the actress could be seen perfectly recreating one of the late British royal family member’s most notable looks.

The set picture featured the Australian actress filming a scene on the England film set for the hit Netflix show’s season 5. She donned a slinky, black dress that mirrored the Princess of Wales’ iconic outfit designed by Greek designer Christina Stambolian.

Princess Diana wore the dress to a Vanity Fair fundraiser for the Serpentine Gallery in Kensington Gardens in 1994. People called the look the “revenge dress” because the princess wore it on the night ITV aired a documentary in which her then-estranged husband Prince Charles admitted to having an affair with now-wife Camilla during their marriage.

Back to the picture, it also saw Debicki completing her look with a multi-layered pearl choker adorned with a sapphire surrounded by diamonds, which was a replica of the one Diana sported at the fundraiser. It was said that the centerjewel was originally from a brooch that Diana received from Queen Elizabeth II’s mother, Elizabeth, the Queen Mother.

While many praised Princess Diana’s portrayal on “The Crown”, Jemima Khan slammed the show for it in a new interview. “We worked together on the outline and scripts from September 2020 until February 2021,” she told The Sunday Times of creator Peter Morgan. “When our co-writing agreement was not honored, and when I realized that particular storyline would not necessarily be told as respectfully or compassionately as I had hoped, I requested that all my contributions be removed from the series and I declined a credit.”

“It was really important to me that the final years of my friend’s life be portrayed accurately and with compassion, as has not always happened in the past,” she explained.

A spokesperson for the hit show, however, denied that Khan had “never been contracted” as a writer, but had merely helped producers with their research. “Jemima Khan has been a friend, fan and a vocal public supporter of ‘The Crown’ since season one,” the representative shared.

In season 5 of “The Crown”, Debicki will be joined by Dominic West who will star as Prince Charles.