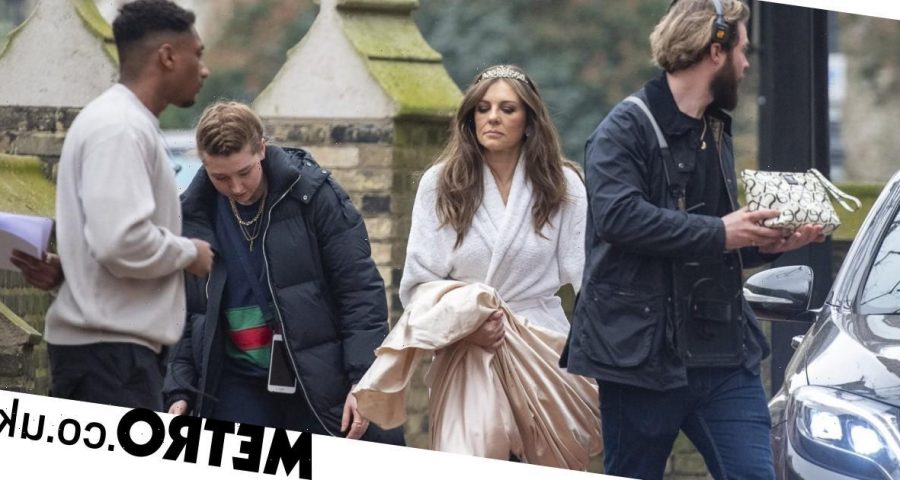 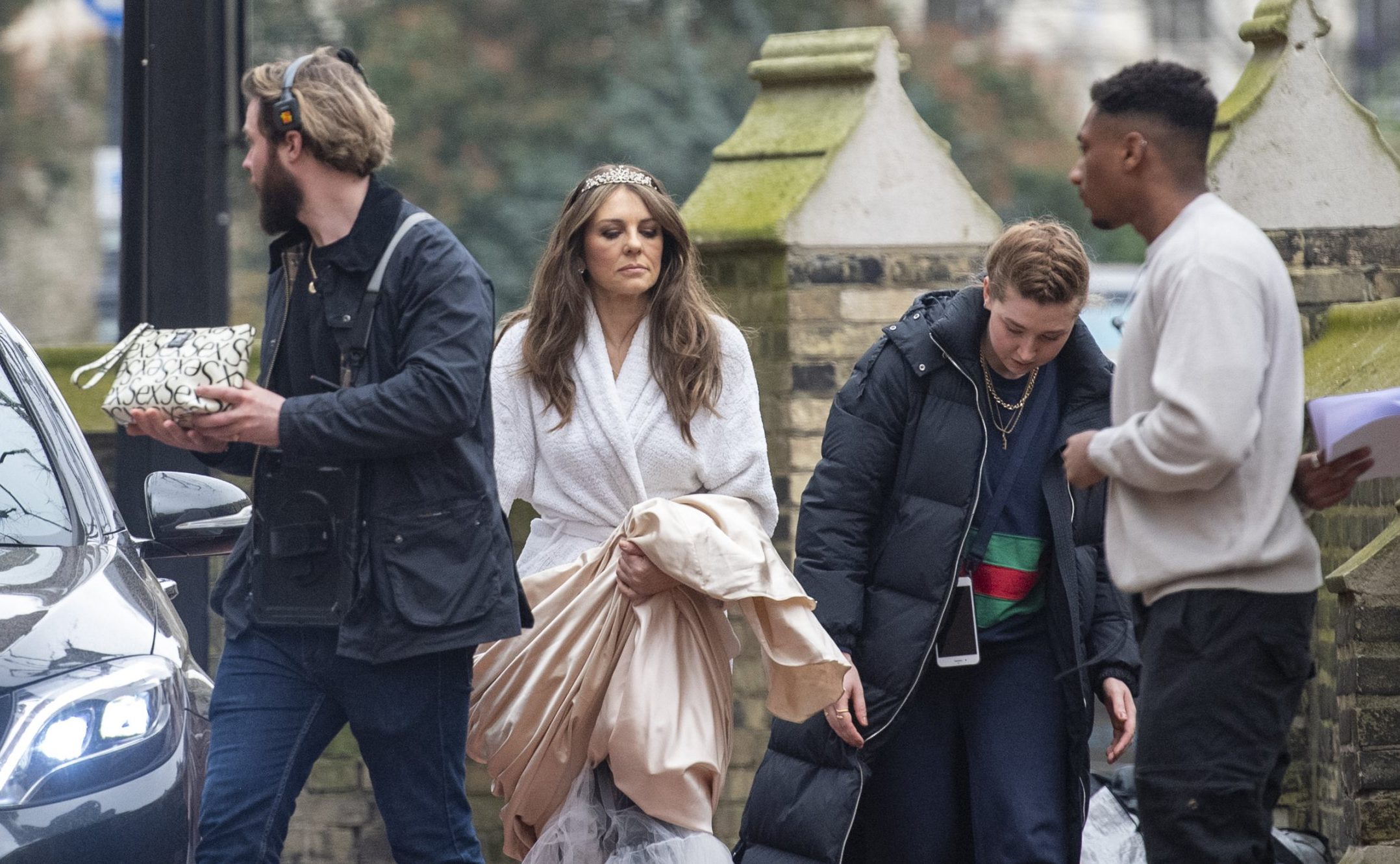 Elizabeth Hurley has been spotted for the first time since the death of her ex-fiancé Shane Warne.

The actress, 56, was on set for her new project, which is a movie titled Christmas in the Caribbean.

Liz was pictured with co-star and legendary Dynasty actress Stephanie Beecham, with the pair exiting a Rolls Royce in front of a church in London.

They both looked incredibly glam in beautiful gowns and tiaras.

Liz was a woman after our own hearts, though, as she also wrapped up in her dressing gown and stayed in her Ugg boots for maximum comfort.

The last time the Austin Powers actress was seen in public was before her former lover and cricket extraordinaire Shane died.

They enjoyed a high-profile relationship from 2010 until 2013, and were engaged to be married.

The sportsman died on March 4 at the age of 52, after he was found unresponsive in his hotel room in Thailand.

His friends tried to resuscitate him but were unsuccessful, with his cause death suspected to have been a heart attack.

Liz shared an emotional tribute to her ex on Instagram the day after it made headlines.

Posting a series of personal snaps from their time together, she wrote: ‘‘I feel like the sun has gone behind a cloud forever. RIP my beloved Lionheart @shanewarne23.’

The couple got together following the cricket star’s divorce from ex wife Simone Callahan, with whom he shares three children.

His children have since paid tribute to their dad on social media, sharing their heartbreak, with former stepmother Liz celebrating his daughters Brooke, 24, and Summer, 20, on International Women’s Day.

Liz posted pics of herself with the girls when they were younger, writing: I dedicate this #internationalwomensday to two brave, beautiful women @brookewarne and @summerwarne . I love you both so much and have the happiest memories of our times together. Your daddy loved you with all his heart ❤️❤️’

Brooke also thanked her followers for the outpouring of support the Warne family have received in recent days, saying they are ‘so grateful’ and the love they have received is ‘so special and touching.

Smiling for a photo next to her dad’s statue, which was surrounded by flowers and tributes, she added: ‘We are so proud of our Dad 🤍’