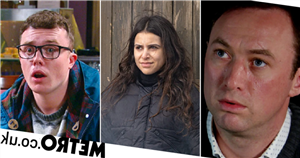 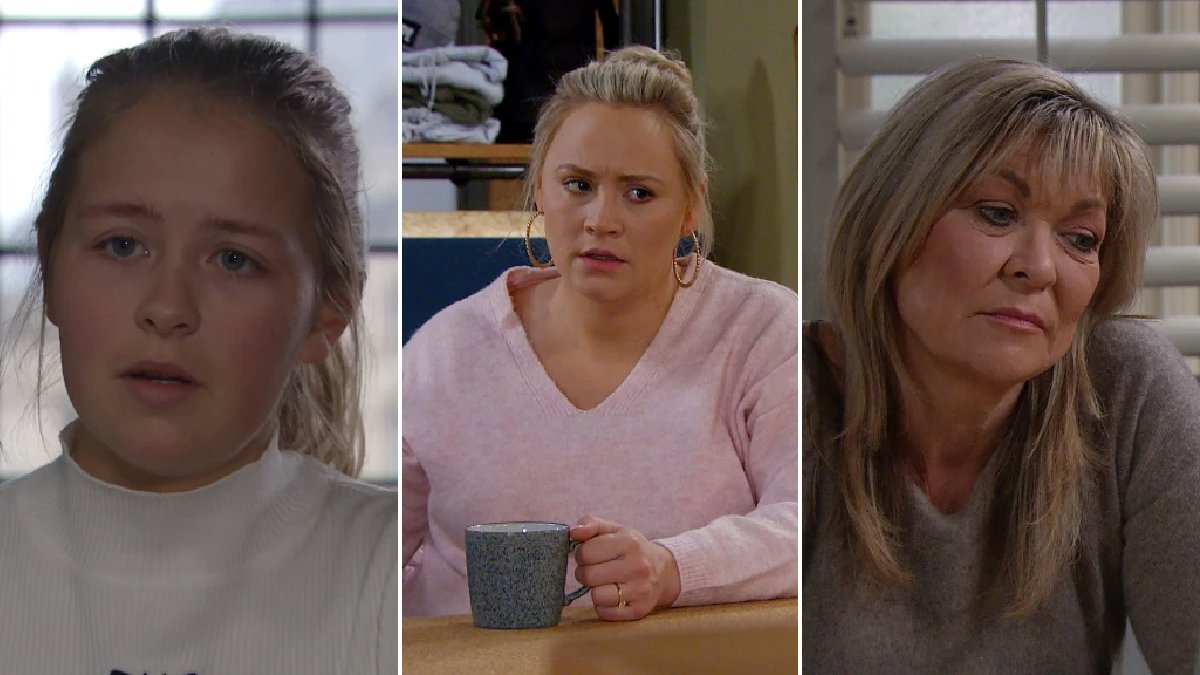 It appears time is running out for Meena Jutla (Paige Sandhu) in Emmerdale as village residents are growing more suspicious of her and her actions.

In the final few episodes of this week, Vinny (Bradley Johnson) put forward his idea to Liv (Isobel Steele) that Meena was responsible for Ben’s murder.

However, knowing he doesn’t actually have any evidence, Liv was convinced Vinny’s theory wasn’t strong enough to free her from prison.

As the first few weeks of 2022 continue, Meena is aware the walls are closing in and will go to new lengths to ensure her murderous secrets aren’t revealed.

Continuing to hold Manpreet (Rebecca Sarker) hostage, Vinny will also be led into Meena’s lair – but will either of them die?

Meena has told Manpreet she will enjoy every torturous moment before she kills her, but will she actually go through with her threat?

Unaware of what Meena is doing, Rishi (Bhasker Patel) is convinced something terrible has happened to Manpreet. If he continues pushing Meena’s buttons, will he be the one to find his ex wife?

Or will it be Liam (Jonny McPherson) who discovers the truth? At the start of the week, we speculated he’d be the one to destroy Meena after spotting a Murder Mystery Weekend trophy his desk at the surgery.

Further spoilers also tell us Liam will confront Meena about her miscarriage lie – possibly another sign that he will soon work out who his colleague and friend really is?

Speaking of Liam, he’s also been tricked into thinking he made a move on Meena after the surgery Christmas party, will he discover what really happened before Meena’s reign ends?

Elsewhere, away from Meena, let’s discuss the other characters facing challenges this year.

Since Vanessa’s (Michelle Hardwick) return, she’s struggled to find common ground with Charity (Emma Atkins) – will they ever see eye to eye?

During Vanessa’s returning episode, Mack (Lawrence Robb) wondered if he had anything to worry about – but does he? Could his jealousy rise when/if Vanessa and Charity eventually start to get on?

And of course, the question everyone wants the answer to – will Vanessa and Charity reunite?

Amy Walsh has recently given birth, which means Tracy will temporarily depart from the village while Amy is on maternity leave.

Given her troubles with Nate (Jurell Carter), could Tracy’s exit be a sad one?

A few weeks ago, Will (Dean Andrews) proposed to Kim (Claire King) which means we’ve got a classic Emmerdale wedding to look forward to, no doubt jampacked full of drama.

Despite the hurdles, Kim and Will seem pretty determined to make their relationship work but come on, this is Kim Tate we’re talking about, she can’t live a stress-free life – what challenges will she face that’ll put her marriage in jeopardy?

Further questions to ask – what’s next for Dawn (Olivia Bromley) and Billy (Jay Kontzle)? If Meena is focused on Manpreet and Vinny, does this mean they can move forward and live a happier life together?

And what about Jai (Chris Bisson), someone who’s still financially struggling after the HOP survival challenge – how desperate will he get?