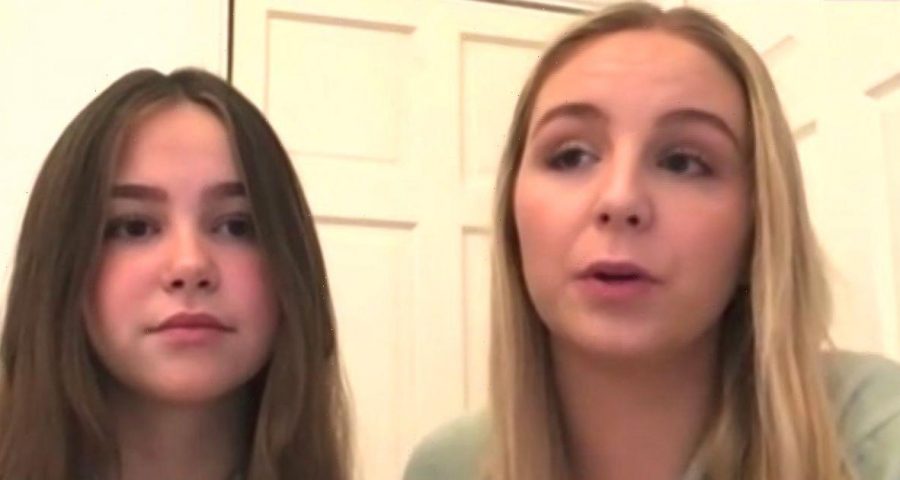 Emmerdale star Eden Taylor-Draper has reflected on the "horrible" day that she found out her sister had been diagnosed with cancer.

The soap actress has played Belle Dingle on ITV's hit soap Emmerdale since 2005, but she'll always remember the day she was working on set when she received the tragic news about her sister.

Her sister Francesca was just 14 when she got told she had acute lymphoblastic leukaemia, and when Eden heard the news, her producers allowed her to leave the set to go and comfort her sibling.

Speaking to host Lorraine Kelly about her sister's cancer battle, Eden said that it was "so tough to see someone you love go through all of that."

Reflecting on the day, she said: "We were on tea break and they just said 'go, whatever you need, we're here.' and I was just in shock.

"They gave me a month off so while Francesca was in intensive chemo, I could be there and yeah, they [Emmerdale team] were amazing."

Francesca explained that only 3% of her blood cells were healthy.

She said: "At the time of my diagnosis, my cancer cells were at 97 percent, so there were only three percent of my blood cells classed as healthy"

Francesca then opened up about her "excruciating" blood cancer symptoms.

She went on: "I definitely did feel very tired and I lost quite a bit of weight.

"I was having really bad leg pains, excruciating, to the point where I couldn’t walk and I was having to leave school earlier.

"I also had this massive rash on my legs, which was when the doctors started thinking it could be something more serious."

Eden managed to find time to visit her young sister in hospital every week so she could look after her, even staying over at the hospital so she could be by her side for longer.

She told the Mirror: "I stayed over a few times a week. Chessie had her bed and I had a little bed next to her.

"Mornings would be a snuggle, cup of tea and re-runs of Come Dine with Me. I tried to keep Chess as cosy as possible.

"We’d always say love you before bed, and that everything would be OK."

The actress was actually written out of the ITV soap so that she could support her sister as much as possible.

Eden's sister Francesca has faced a number of struggles during her cancer treatment, and at one point her weight plummeted to less than four stone, which meant she couldn't stand up by herself.

She underwent four rounds of chemotherapy, which caused her to lose her hair, and she later contracted sepsis.

Eden and her sister

TV & Showbiz reporters are working to source the latest information, reaction, pictures and video related to this story.

Or like our Daily Star Showbiz Facebook page to get the day's biggest stories, and have your say on them.

Why not also subscribe to receive our regular Daily Star showbiz newsletters?

You can do this on this page by simply entering your email address above and hitting 'subscribe'.

Download the Daily Star app for flash alerts on the biggest stories of the day, so you don't miss out.

Why not also subscribe to receive our regular Daily Star news bulletins? You can do this on this page by simply entering your email address above and hitting 'subscribe'.