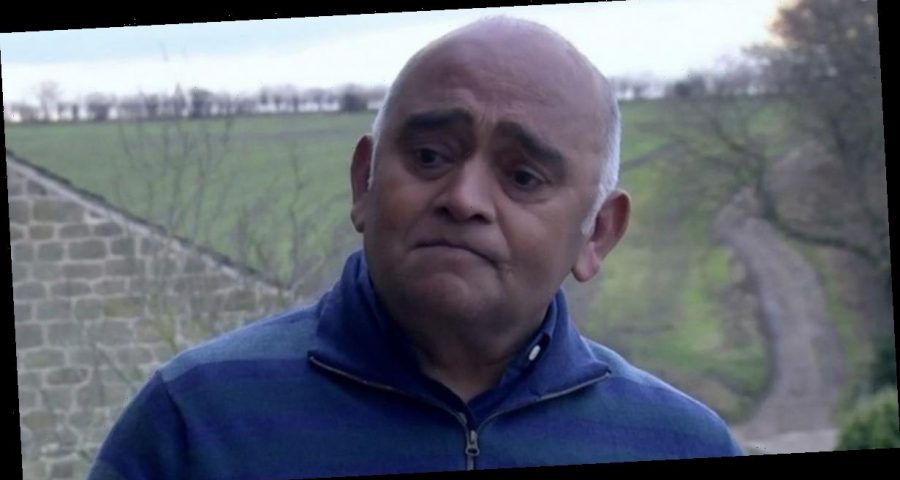 Emmerdale fans have flocked to Twitter, wondering why Rishi Sharma (Bhasker Patel) is so upset wth wife Manpreet (Rebecca Sarker) after finding out about her past.

It was revealed during Thursday's double bill that Manpreet had been set to marry vicar Charles Anderson (Kevin Mathurin) , but he knew her as "Saira", until she left him hanging at the altar as she was already married and with a daughter.

Fast-forward 15 years and Manpreet is now married to Rishi, but he has been angry with his wife since finding out the truth.

Viewers have been wondering why though, flocking to Twitter to complain the storyline makes no sense.

One said: "Why would Rishi care about what Manpreet did 15 years before they even met?"

A second wrote: "Why is Rishi so p***ed off about something that happened 15 years ago? What a stupid storyline, it makes no sense at all. Come on Emmerdale writing team you can do better than this!"

Another tweeted: "WTF? Another pointless storyline."

A fourth wrote: "What lies Rishi? She only lied to you about where she was. Why would Manpreet tell you about something that happened 15 years ago when you were getting together with her? She didn't want to bring up the past."

While a fifth wondered: "Has Rishi told Manpreet everything about his past?"

During Thursday's episodes, new village resident Charles caught up with Manpreet after recognising her when he caught a glimpse of her.

It soon became clear that she was hiding a very messy past as he referred to her as "Saira", and said he thought she had died.

Viewers discovered that Manpreet had been engaged to marry Charles, but that she was already married and had a small daughter.

Manpreet explained she realised she couldn't marry Charles in case her abusive husband did anything to her daughter Aiesha.

Soon enough, Charles' son Ethan (Emile John), who had been devastated when "Saira" walked out on them all those years ago, found out she was in the village too.

He confronted her angrily and soon spread word of her lies to Rishi, despite Charles telling him to leave it in the past.

In Friday's episode, Rishi made it clear how disappointed he was in Manpreet and hinted that they would be splitting up.

He told her: "I need some space to think. I want you to move out permanently."

Will Rishi get over Manpreet's past? Or will the couple split up?