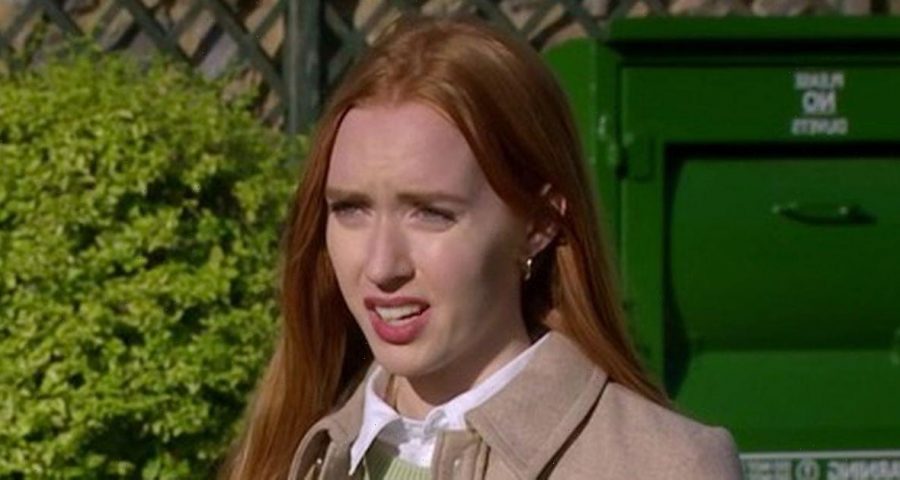 Emmerdale fans have predicted a twist on the ITV soap and think that newcomer Gavin could actually be Chloe Harris' father.

Last month, soap watchers were gripped as Chloe attempted to runaway from her controlling and criminal father, who is yet to be seen on the ITV soap.

During Thursday's episode, Footballers' Wives star Ben Richards finally made his explosive entrance on the ITV soap as newcomer Gavin as he threatened Al Chapman.

And despite Emmerdale previously teasing that Chloe's father is called "Damon" and that he is currently in prison, it hasn't stopped soap watchers from predicting a twist.

After Gavin questioned Al over why their plans to turn The Woolpack into luxury apartments was taking so long, viewers quickly took to Twitter to question whether he could eventually turn out to be Chloe's dad.

One person said: "Is that Chloe's dad threatening Al in the car?#Emmerdale," followed by a thinking emoji.

A different account put: "Is this fella threatening Al gonna turn out to be Chloe’s dad?? #Emmerdale."

While another follower commented: "That's Chloe's dad isn't it? Knew they would link those two up. #Emmerdale."

It comes after Emmerdale fans went wild on Thursday's episode as Footballers' Wives star Ben Richards finally made his explosive entrance on the ITV soap as newcomer Gavin.

It was announced earlier this year that the actor, 49, would be joining the hit ITV soap with his character, Gavin, set to "ruffle a few feathers" in the village.

Gavin made a brief appearance on the soap last month in a blink-and-you'll-miss-it scene with Al and Thursday's episode saw his full explosive debut.

Only recently, Al invested into The Woolpack pub after Chas, Paddy and Marlon Dingle faced financial difficulties following a string of business disasters.

However, it wasn't long until Al was making cryptic phone calls to a mystery business partner and it was soon revealed that he was planning on turning the iconic venue in luxury apartments.

And after the village got wind of his plans on Wednesday's episode, the local residents hit back and announced they were saying "no" to the proposed building plans.

At the end of Thursday's episode, Gavin showed up as he warned Al: "I'm getting a little sick of all your talk. It's actions we want now, dates, a plan…

"You better had because we're not taking this into another year, the work starts before January, got it? Good, I'm not asking, I'm telling!"

Emmerdale continues on weekdays at 7pm on ITV.

For all the latest cast updates and juicy Emmerdale spoilers, sign up to our daily OK! Newsletter.