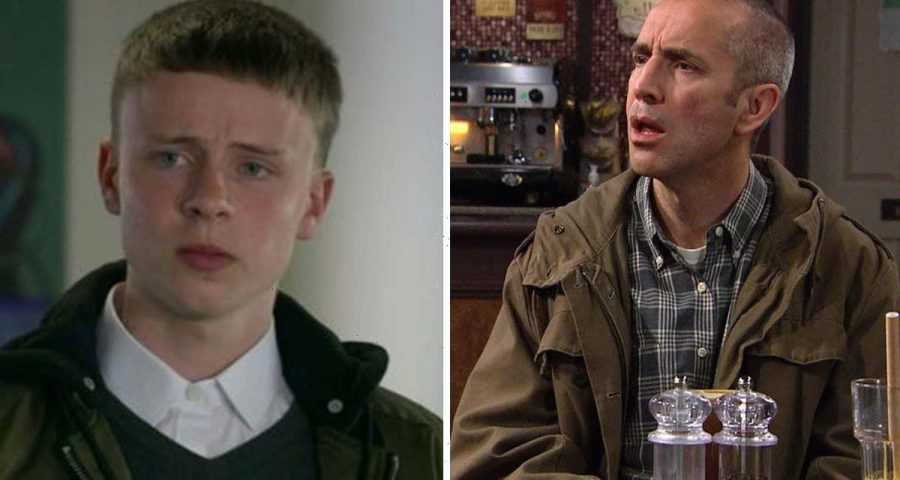 Emmerdale: Sam Dingle gets impaled by a tractor

Emmerdale viewers believe they have worked out the fate of Samson Dingle (played by Sam Hall), following the aftermath of the huge storm. Many are worried the young character is set to leave the ITV soap in tragic circumstances.

The future of Sam Dingle’s (James Hooton) son Samson is up in the air at the moment.

Fans of the ITV soap have flocked to social media to share the common belief that Samson may be another victim of the extreme weather.

BlazeAlf tweeted: “Samson will be dead and then it will come out that he’s not the actual dad of Amelia’s baby.”

Vanessa wrote: “Vanessa Booty Also, is Samson going to be dead and no one even realised he was missing?!”

Read More: Strictly star Jayde Adams is dancing in tribute to her sister

D added : “I reckon Samson got hit and dead. If he has now it all makes sense how he’s acted towards everyone

Jayne remarked: “Ofc Samson is dead. Why didn’t we realise.”

Sal reflected: “My reaction to the end of tonight’s Emmerdale was literally omg no. I mean surely he’s dead after that (though stranger things have happened in soaps) & of course the last thing he said to Samson was that he was ashamed of him.” (sic)

Samson was all-but-confirmed to be missing when his smashed up phone appeared in the grass on Wednesday’s episode.

A message from Belle (Eden Taylor-Draper) read: “Where R U. Call Me”, set alarm bells ringing for fans.

Emmerdale fans then saw the phone abandoned in a field with Samson nowhere to be seen.

Harriet was the first to die after crashing her quad bike and being caught by a lightning strike which caused a deadly explosion.

Liv was trapped underneath a caravan after she sacrificed herself in order to save Vinny Dingle (Bradley Johnson) from the incoming vehicle.

Samson’s father was also left in a perilous position at the end of the storm when he chased after some loose cows on the farm.

In scenes that left Emmerdale fans horrified, Sam was then impaled on top of some farming machinery.

His body was stuck on a spike that went through his whole body and it looked as though he was the third casualty of the week.

However, he was rushed to hospital and will make a full recovery in time after a life-saving operation.

After the shocking moment, James took to Twitter to tease fans about his character’s fate.

He joked: Did anything happen in Emmerdale tonight? Feel like I’ve been spiked.”

“Ok…I get it….you’re supposed to throw the javelin, not land on it. DEAD funny me.”

Emmerdale airs weeknights at 7.30pm on ITV and ITV Hub