Aaron (played by Danny Miller) and Robert (Ryan Hawley) have been desperate to have a child of their own after they officially tied the knot on Emmerdale last year.

Following numerous hurdles including money woes, trying to find the perfect surrogate and their families sticking their noses in, things seemed to be on the up for the ITV soap heartthrobs.

Recent episodes have seen prospective surrogate Natalie (Thea Beyleveld) agree to carry Aaron and Robert’s child, wanting to offer them the chance of having their own family.

Next week, a huge development will see their plans for a family put on the back burner when Robert learns a devastating secret, putting the prospect of him being a father in jeopardy.

Episodes airing from the Dales this week are seeing the events of the soap’s Big Night Out scenes explored in greater depth as the truth is finally revealed.

One of the characters whose story will be explored later this week will be Robert’s little sister Victoria Barton’s (Isabel Hodgins) rape ordeal.

Viewers will remember Victoria was separated from the rest of the villagers when a fire alarm rang out at the club, with the circumstances on how the young chef was raped being shown in harrowing scenes.

After keeping the secret to herself since the night out two weeks ago, Victoria will finally open up to her mother-in-law Moira Barton (Natalie J Robb) about her ordeal.

It’s not yet known if Victoria will report the rape to the police, but opening up about her secret will lead Robert to take drastic action.

Determined to support Victoria, Robert will call time on his surrogacy plans with Aaron which his husband completely agrees with. 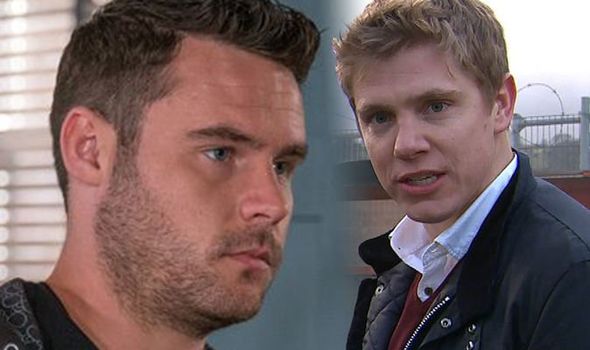 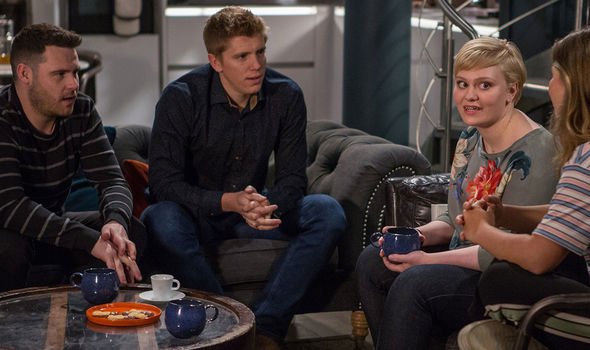 How long will it be before the pair decide to restart their dreams of becoming parents and when they do decide to pick things off again, will Natalie still be able to support Aaron and Robert?

As well as Victoria’s rape playing out during the episodes of the Big Night Out, teacher and child groomer Maya Stepney’s (Louisa Clein) manipulation of teenager Jacob Gallagher (Joe-Warren Plant) was exposed.

After Jacob’s mother Leyla Harding (Roxy Shahidi) discovered the news, she teamed up with Tracy Metcalfe (Amy Walsh) and Priya Sharma (Fiona Wade) to seek revenge on her son’s abuser.

It had been left to viewers to squander over Maya’s fate and although many believed she had been killed by Leyla, the abuser will emerge from the woodwork once more.

Seemingly escaping the full wrath of Leyla, Maya has been hiding away from plain sight but when Jacob drops her a message, she can’t help but get her clutches into the teenager once again. 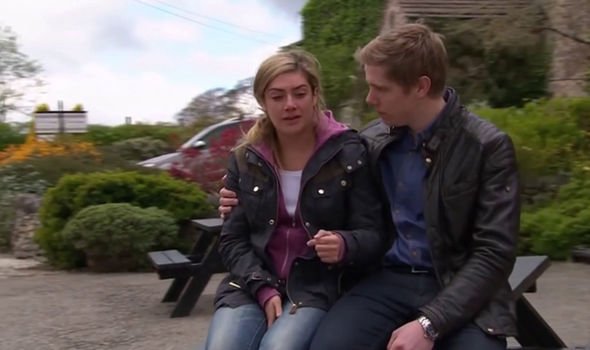 I have always loved Emmerdale

Meeting up away from the village, Jacob and Maya will seemingly decide to go on the run, leaving his mother and step-father David Metcalfe (Matthew Wolfenden) fretting about his step-son’s whereabouts.

As Maya’s boyfriend, David was non-the-wiser to the illicit affair happening under his nose and when Jacob disappears, Leyla, Tracy and Priya will consider spilling all about the teacher’s sickening behaviour.

Will Jacob and Maya be found before it’s too late, or will the school teacher convince her young lover she is all he needs?

Elsewhere in the Dales, Harriet Finch (Katherine Dow Blyton) finds herself in mortal peril next week when she comes face-to-face with her former lover, Will Taylor (Dean Andrews).

Only just discovering Will is alive after believing he died when he was in jail, Harriet will be left fighting for her life when the villain tries to finish the former undercover police officer once and for all.

Speaking of joining the soap, actor Dean Andrews, 55, said: “I have always loved Emmerdale and am thrilled to be joining the cast.

“I think that everything from the acting to the stories are consistently great and I can’t wait to get stuck in.”