Eric (played by Chris Chittell) has been a figurehead of the Emmerdale community for over 30 years, making quite the success of himself in the village. Not only does he co-own The Grange Bread and Breakfast, but he is also the possessor of Pollard’s Barn where he used to live with his beloved late wife, Val Pollard (Charlie Hardwick). However, it seems his perfect bubble could start to deflate in upcoming scenes on the ITV soap as some of his neighbours seeming to be eyeing up the property for themselves. Could he be left homeless for Christmas?

BREXIT BULLETIN: Sign up for our special edition newsletter with exclusive insight from this week’s crunch talks

Pollard’s Barn has had several owners of the years, starting off with village vixen Charity Dingle (Emma Atkins) which she possessed during her more scheming days.

The troublesome character took on the conversion whilst in a relationship with factory boss, Jai Sharma (Chris Bisson).

It was then the latter who sold it on to Eric and his late wife, but he now currently lives there with Val’s beloved pet labrador, Cheryl.

Other residents who have also lived there with the pensioner include Amy Wyatt (Natalie Ann Jamieson), Jacob Gallagher (Joe-Warren Plant) and Faith Dingle (Sally Dexter).

However, it could be the latter’s relatives who take on the deeds to the property as Vinny Dingle star Bradley Johnson has teased his character could have his heart set on moving in. 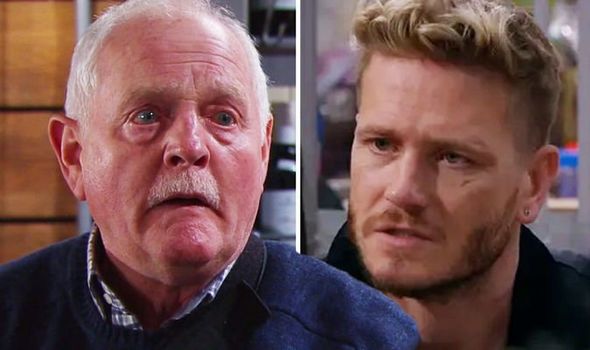 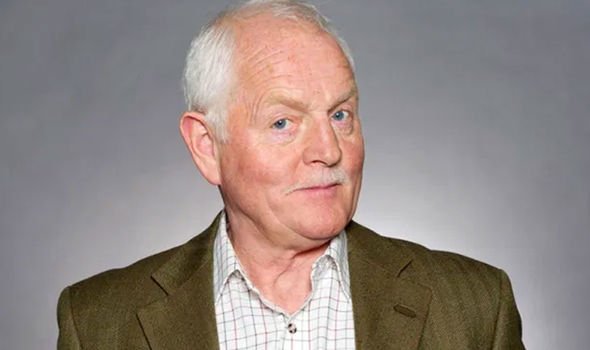 They are not the only occupants residing at the property as the likes of Sam Dingle (James Hooton) and his young family are also living there.

Although the relationship between his parents is quite fraught right now, the youngster is hoping one day they will be a big, happy family.

Speaking with Express.co.uk and other publications, soap star Bradley explained where the trio could live if they did want to settle down in the village. 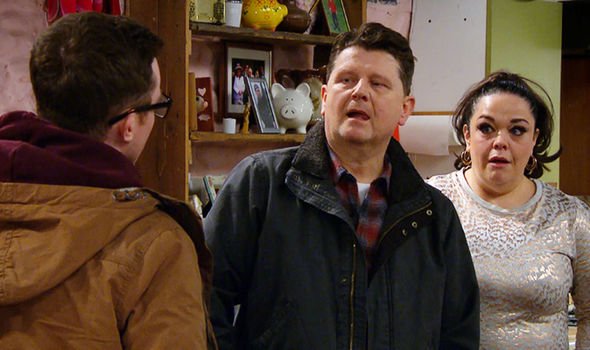 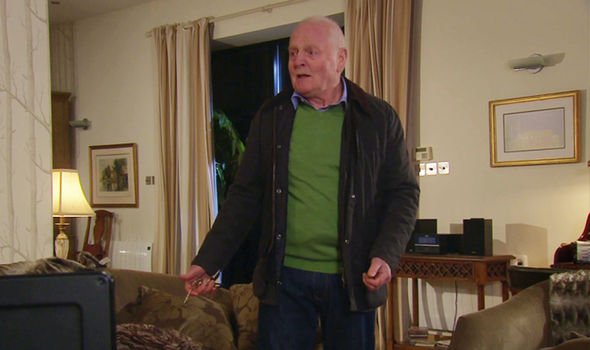 The weeknight serial drama actor said: “I think that’s what he’d hope to have that perfect family and have their own space.

“I’d like Eric’s place. The massive barn – I always say it’s a massive party house,” he added, but he isn’t holding his hopes up.

“But the likelihood of having Eric’s barn is probably not likely. But it would be nice to have their own space and have a place they can call home together.”

Although it might not be on the cards at the moment, the suggestion could give bosses an idea of where to send Eric next.

Having been taking a back seat of late, the pensioner could find his finances under enormous strain in the coming months.

As a result, he might have to start looking at what assets he can sell to keep his head above water, with the barn looking most likely.

Eric wouldn’t want to lose his share in the B&B because this is where he would be getting some sort of income from.

Whereas, if he sold his home, he could always move in with his son David Metcalfe (Matthew Wolfenden), despite wanting to keep his independence.

This would leave Vinny, Mandy and Paul with the opening to sweep in and snatch up the property, although they aren’t exactly brimming at the pockets with cash.

However, given how troublesome the Dingle clan are and how scheming they can be, the trio could put their heads together to come up with a plan to get their hands on the cash.

The former occupant might believe he would be able to reclaim his home one day, but the new owners could put their own mark on the place.

Will Eric be forced to let go of the last place he and Val spent their days together, or will he fight to ensure he keeps the deeds to himself?