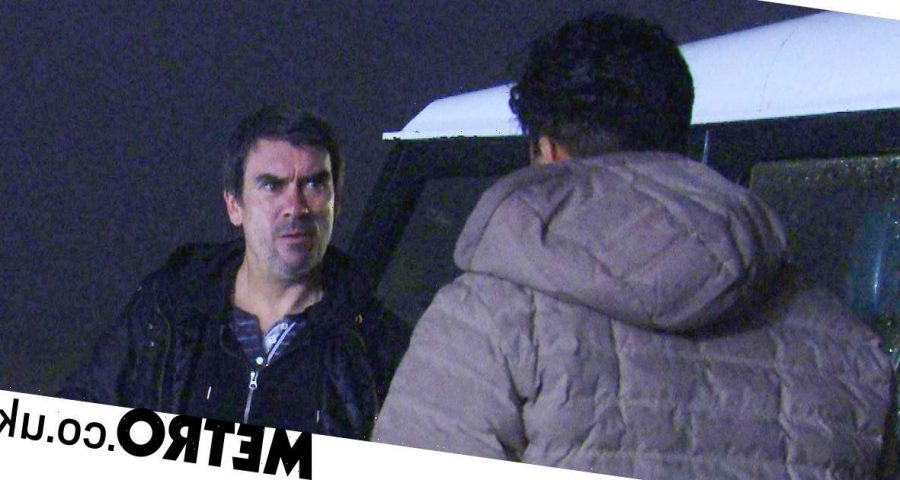 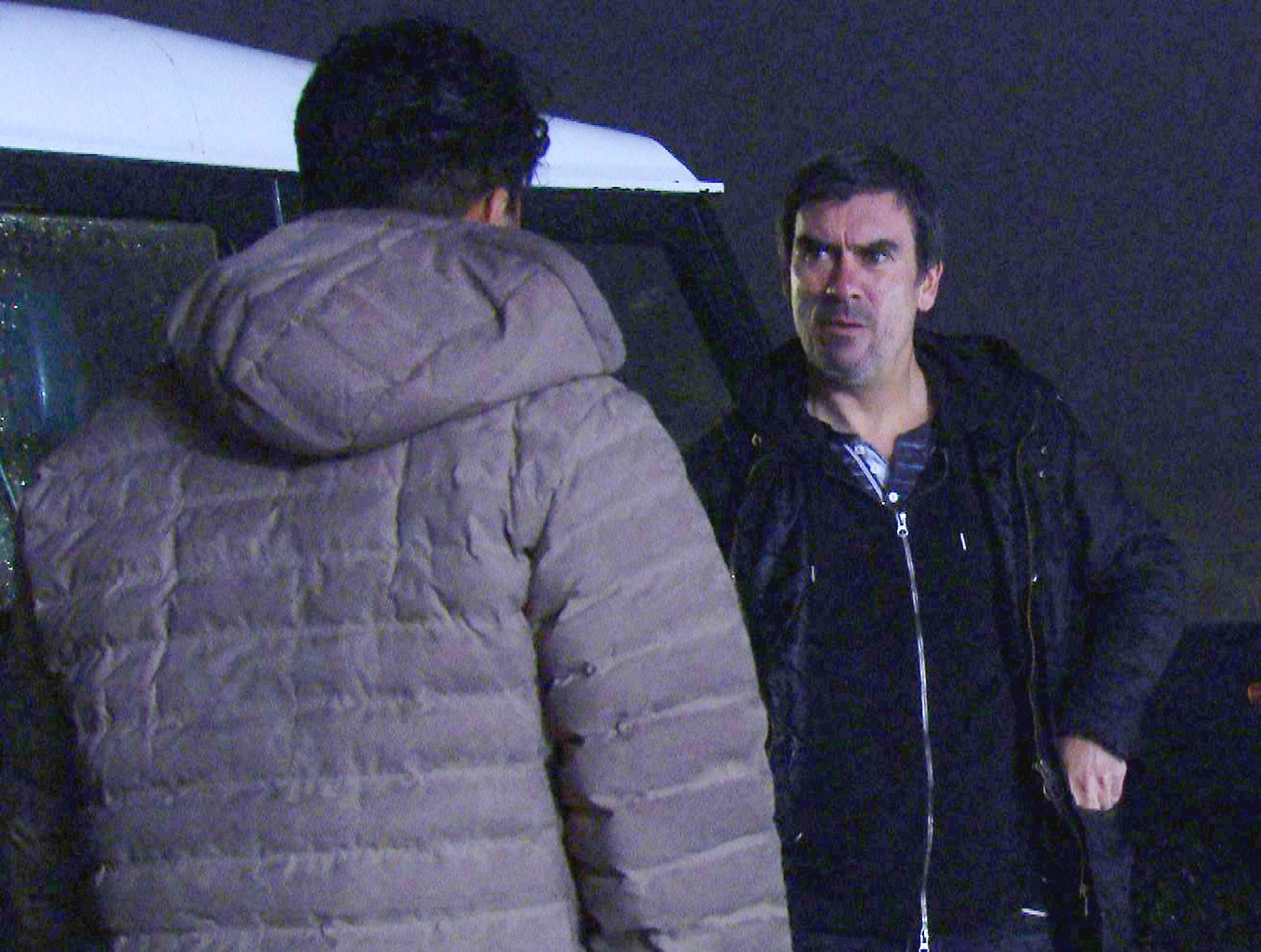 When Cain Dingle (Jeff Hordley) is on the warpath in Emmerdale, things always spiral out of control and Ellis Chapman (Aaron Anthony) is his target in upcoming scenes.

Recently, Kyle’s life was placed in danger when Ellis effectively abandoned him and Belle (Eden Taylor-Draper) in the cold as he rushed to save Priya Sharma (Fiona Wade).

And Cain knows exactly who he wants to blame – and punish.

Jeff Hordley told us: ‘Poor Kyle is in a bad way – he is in hospital. It was so cold and he now needs treatment. He’s not out of the woods for a while and so Cain is extremely worried and angry over the whole thing.

‘He blames Ellis for this because it was down to him. It was his mix up and dashing off to see Priya. Cain sees red because of this.’

As ever, Cain barges into the situation without forming any kind of plan and that’s when he is at his most dangerous.

Jeff sighed that Cain doesn’t actually know what he is going to do or how far he will take it.

‘He’s not thought it through that far, the actor explained. ‘It’s just teaching him a lesson. He’s so annoyed and frightened that Ellis’ stupidity could have lost him his son.

‘Cain does want revenge of sorts but only in his hot headed state. I think the rational Cain once he knows Kyle is okay will calm down – but he’s not going to trust Ellis around Kyle for a while yet.’

It remains to be seen what measures Cain will go to in order to scare Ellis – but Jeff is thrilled to be revisiting Cain’s more turbulent nature.

The star grinned: ‘It is great playing the darker side of Cain. But as with everything it is nice to have a balance – light and shade.

‘I have recently enjoyed playing the scenes with Jonny McPherson when Cain has a friend in Liam.  Those interactions have been great.’

Unfortunately for Ellis, he won’t have a friend in Cain…