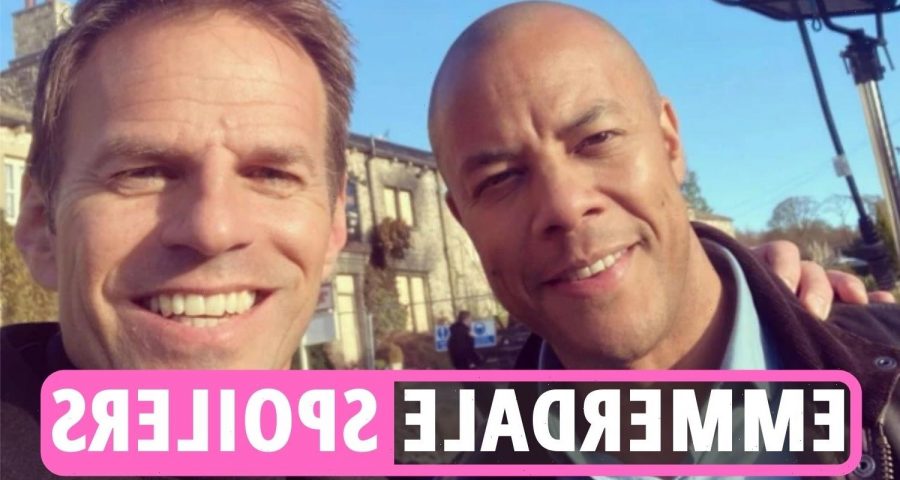 EMMERDALE newcomer Ben Richards has accidentally revealed the fate of the Woolpack pub in a selfie from set.

The actor – who will play villain Gavin connected to Al Chapman in the ITV soap – posed for a selfie with co-star Michael Wildman.

But in the background fans could clearly see the remnants of the burned out pub surrounded by security fencing.

It will be burnt out in a dramatic Christmas storyline, claims the Metro.