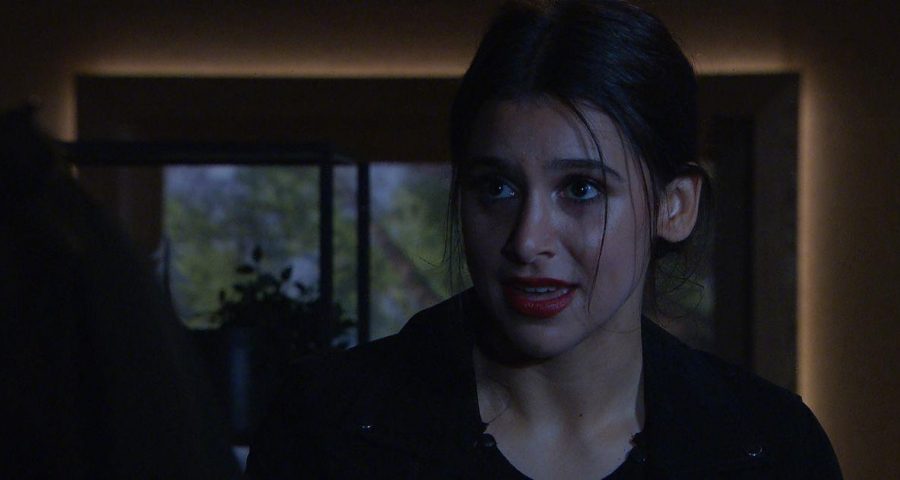 Emmerdale villain Meena could finally have her murderous past exposed this week, after attempting to drown Victoria during the team survival challenge.

Meena has already killed other village residents and poisoned ex-boyfriend David, but when she overheard David confessing his love for Victoria, she decided to take her revenge.

Now, new Emmerdale spoilers reveal that Meena's downfall might be on the horizon – as Ben uncovers camera footage of Victoria's attempted drowning by Meena's hands.

Next week, Ben tries to clear his name following the bridge collapse at the HOP during the survival challenge.

He breaks into the HOP office after failing to uncover any new evidence about the bridge collapse, and turns to the body cameras to see if they caught any footage.

When he turns on the camera, he can't believe it when he sees shaky footage of Meena attempting to drown Victoria following the bridge collapse.

Horrified by the footage, Ben calls Billy and asks him to come and look at the video.

However, Meena has been sat with Billy and overhears Ben's frantic phone call, prompting Meena to visit the HOP and destroy the footage before her crimes can be exposed.

Following the phone call, Ben hears a noise and notices a drunken Liv stealing alcohol from the Hide.

An anxious Ben is then left with regrets after his and Liv's confrontation turns physical.

He tells her to go home, but after their altercation, Liv leaves with his phone.

Throughout all of this, he and Liv are unaware that Meena is watching them, as she prepares to break in and get rid of the evidence from the body camera.

Once Liv has left, Ben is surprised and unnerved when a smiling Meena then appears in the office.

Meena frantically tries to grab the camera from him but fails to wrestle it from him.

Ben tries to escape, but Meena follows him, and not realising there is wine on the floor from the alcohol that Liv tried to steal, Meena slips and hurts herself.

As Meena lies lifeless on the floor, a panicked Ben has no idea what to do.

Could Ben use this opportunity to expose Meena's crimes, or will he be blamed for Meena's accident? Viewers will have to wait and see.

Emmerdale airs weekdays at 7pm, with an extra episode Thursdays at 8pm, on ITV