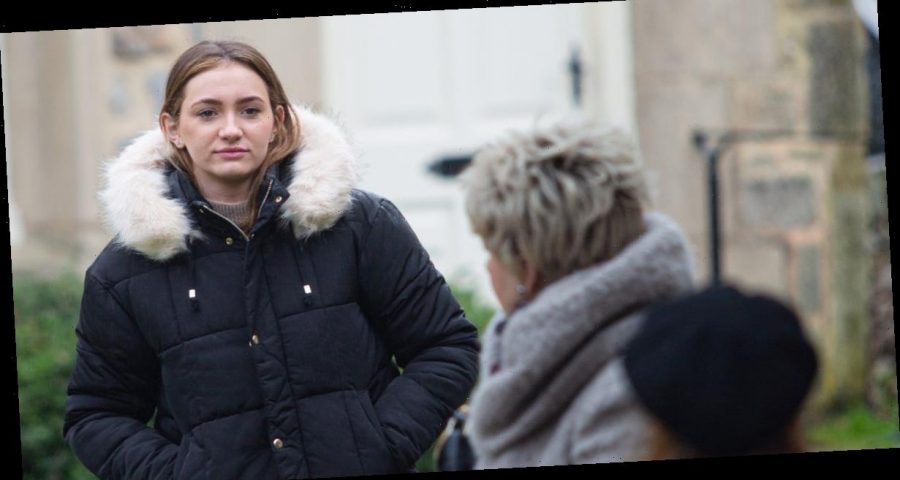 Emmerdale’s Gabby Thomas (played by Rosie Bentham) is worrying all her friends and family at the moment by being involved with Jamie Tate (Alexander Lincoln) and Kim Tate (Claire King).

Things could get even worse for the village teen in the coming weeks as local vet Jamie hatches a despicable plan against Gabby in the hopes of getting his actual love Dawn Taylor (Olivia Bromley) back.

Now pregnant with local vet Jamie’s baby, Gabby has moved in at Home Farm and is convinced happy days are ahead for them as a family.

Unaware at how trapped Jamie feels after having found out she is pregnant, the ITV soap's storyline begins to unravel when Gabby decides to cook for the father of her unborn baby.

Mack overhears the happy mum-to-be and stirs the pot by asking Jamie if he’s broken the news to Dawn yet.

Aware that he has to nip things in the bud and tell her once and for all, Jamie is psyching himself up to go and see Dawn, sadly not realising that Will can’t stand lying to his daughter any longer and has revealed the disappointing news himself.

Heartbroken, Dawn confronts Jamie at work, and despite all of his desperate attempts to convince her that she’s the one for him, the former factory worker angrily declares it’s over and storms out.

At a loss, Jamie is later found drowning his sorrows in the Woolpack, where unfortunately a suspicious-looking Mack chooses the moment to pounce.

Initially disgusted by Mack’s meddlesome plan, Jamie can’t bear to agree to go along with it, but the seed has certainly been sown.

Could Jamie really try and talk Gabby into terminating her pregnancy?

Elsewhere, Gabby is annoyed to discover both Laurel Thomas (Charlotte Bellamy) and her mum Bernice Blackstock (Samantha Giles) have found out she is carrying a baby.

Ignoring her former stepdaughter’s fury, Laurel tries her best once more to change Gabby’s mind about staying at the evil lair of the villainous Kim Tate but nothing seems to work with her.

Gabby dismisses Laurel’s warnings and what’s worse, is over the moon when a seemingly sheepish Jamie comes with his tail between his legs to ask her out for dinner.

It’s clear that Laurel doesn’t trust the vet’s true motives, but with Gabby currently forging her own path, she will struggle to convince the youngster she’s headed for heartbreak the longer she remains involved with the Tate family.

Surely Jamie won’t cross the line over a lost relationship with Dawn, but viewers will have to wait and find out.