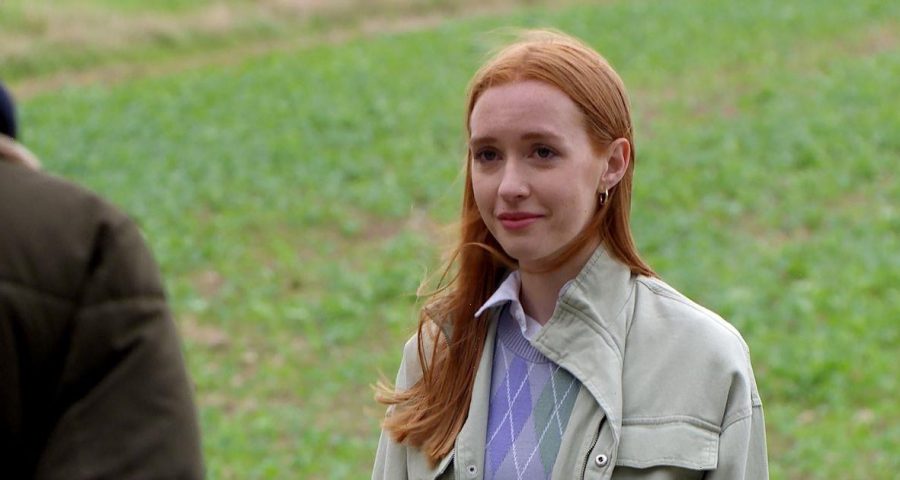 Emmerdale's Kerry Wyatt and Charity Dingle could be about to find themselves in serious danger after stopping Chloe Harris tries to run away with Noah Dingle.

Mysterious Chloe has been around on the soap for a few weeks now, but viewers still don't know too much about her – other than she's seriously loaded.

Now, new Emmerdale spoilers reveal a little more about her family – and it could spell trouble for Kerry (Laura Norton) and Charity (Emma Atkins).

Next week, Noah Dingle (Jack Downham) is still meeting Chloe (Jessie Elland) in secret, but when she suggests they take their romance to the "next level" Noah, who is a virgin, is nervous. He bumps into Mack Boyd (Lawrence Robb) who offers him some advice and condoms, keen to win him over due to his relationship with his mum Charity.

Later on, Charity reveals she doesn't want Chloe anywhere near her kids, causing Mack to realise he might have made a mistake with his words of wisdom to Noah.

Noah is nervous as he heads off to meet Chloe, but she's impressed by what he's prepared in the barn, leaving him relieved.

Elsewhere, Mack covers for Noah – but could he have messed things up with Charity?

After the secret barn date, Chloe meets up with Kerry but when they drive away, viewers see an ominous car following them.

Who could it be?

Everyone is still hell bent on keeping the young couple apart, so Noah agrees to run away with Chloe.

Soon, Kerry begins her search to find them before things go too far.

While on a country road, she's confronted by two thugs who threaten her with harming her daughter Amy unless she tracks them down.

Terrified, she returns back to the village to tell Charity, Mack and Sarah (Katie Hill) everything about the altercation.

Meanwhile, runaway Chloe wonders if Noah might be getting cold feet.

Soon they're spotted by Kerry and Charity and taken back to the village.

Charity is adamant that they can no longer be together, but Kerry privately worries about taking Chloe back to her life of relative captivity.

What will Kerry decide to do?

And could she have brought even more trouble to the village and her own door by getting herself involved?

Emmerdale airs weekdays at 7pm, with an extra episode Thursdays at 8pm, on ITV