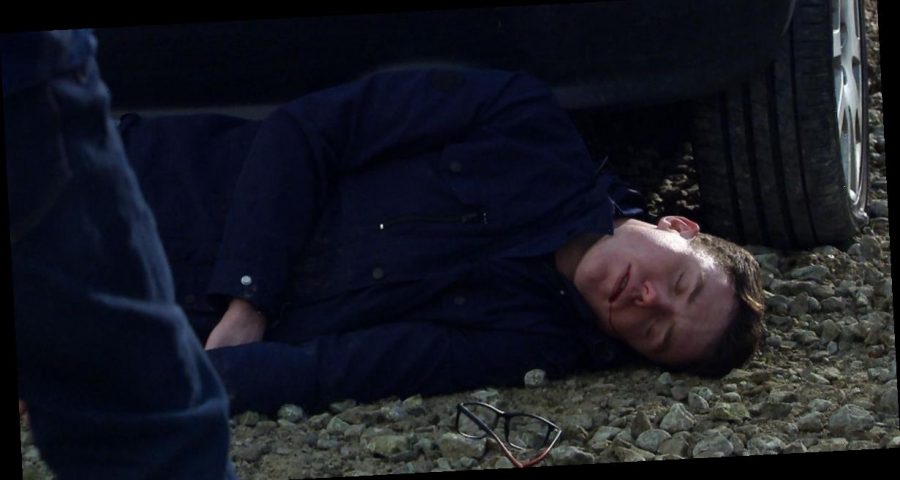 Emmerdale viewers are set for some explosive episodes next week, with a number of characters confirmed for seriously dramatic storylines.

Struggling vicar Harriet Finch (Katherine Dow Blyton) looks like she might be about to crack under the pressure, once and for all.

Meanwhile, Mack Boyd (Lawrence Robb) is set to leave jaws on the floor when he reveals a shocking truth to sister Moira Dingle (Natalie J Robb), who will be left devastated by the news.

Lydia Dingle (Karen Blick) has her doubts about Paul, though the family is busy planning for Mandy's (Lisa Riley) hen party and Paul's stag-do.

Vinny asks Paul about a conversation he overhears and is left suspicious when Paul gets some details of the kidnapping story wrong.

He later tells Liv Flaherty (Isobel Steele) about the differences in his story.

At the stag-do, Vinny asks his dad about the van as he's seen it around the scrapyard, which panics Paul.

Vinny overhears Paul calling Connor and realises the kidnapping was a way to con Liv out of her inheritance, and declares he's going to tell Mandy the truth.

But Paul's mood changes and, unhinged, he pummels Vinny to the ground.

Vinny lies unconscious with blood trickling from his mouth.

Paul stares down, convinced he's killed his son – but has he?

Moira, Chas (Lucy Pargeter) and Mack try to convince Cain (Jeff Hordley) into having a Mother's Day lunch with them and Faith (Sally Dexter).

Faith brings up Moira and Mack's mother's death and notices that Mack seems shifty, which leaves her suspicious.

Soon, knowing it would put her in good favour with Cain if Mack did something bad, Faith does some digging.

Moira wants an informal memorial for their mum and heads off with Mack, leaving Faith chance to try and find some evidence.

Mack is guilty when Moira says she's sad she couldn't go to their mum's funeral.

Later on, Moira walks in on a tense stand-off between Mack and Cain and is devastated when Cain reveals the truth.

Mack later goes to tell Moira himself, and reveals another secret.

But how will she react – and can she forgive her brother's lies?

Will Taylor (Dean Andrews) tries to cover his worry that Harriet has vanished but panics when he sees a police car pull up.

Harriet is with PC Swirling after having been ranting about "a body" at the station.

Will says she was talking about the exhumation, which seems to satisfy Swirling, who leaves.

Harriet is still insistent on admitting to her crimes and asks Will to punish her – to silence her, but is he capable of doing so?

Soon, Will explains to Dawn (Olivia Bromley) that Harriet has gone on a church retreat, but viewers will be left wondering what he's done when they see him stash her phone away.

He convinces Dawn to let him move back in due to Harriet being away.

But it's not long before we see him head to the cellar, where Harriet is, alone with a Bible and some food, believing it's the only way she can repent.

In the village, Will tells people she's away on the retreat.

He asks Harriet how long her self-imposed exile will last, but she says she doesn't know as it's a question of faith.

Will is left worried about how long Harriet will stay in the cellar.

Emmerdale airs weekdays at 7pm, with an extra episode at 8pm on Thursdays, on ITV