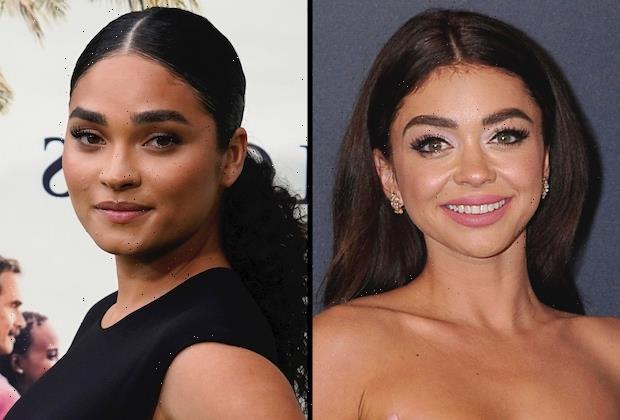 Perhaps more people needed to wish upon a star…?

TVLine has learned that ABC is not moving forward with Epic, the new fairytale drama co-created by Once Upon a Time bosses Adam Horowitz and Eddy Kitsis and writer Brigitte Hales.

Described as a romantic anthology “that reinvents fairy tales for a new audience,” the project received a pilot order back in January and had been under consideration for a midseason bow.

Epic early on was said to be “set in the fairytale universe of Disney,” but whereas OUAT took well-known Disney heroes and villains such as Snow White, the Evil Queen and Rumplestiltskin and typically gave them a fun twist, TVLine heard that Epic would feature “all-new characters” and “new spins on the classic archetypes,” and was not set in the OUAT universe.

The Epic cast featured Modern Family‘s Sarah Hyland as Rose, a princess who’s about to marry her proverbial Prince Charming, “but her fairy tale gets upended when he has second thoughts.” (English actor/singer/songwriter Toby Sebastian played Rose’s husband-to-be, Philippe, “the quintessential storybook prince.”)

Additionally, Brittany O’Grady (Little Voice) had been cast as Luna, a princess who has become cynical after a broken heart, while Eleanor Fanyinka (Holby City) played a mysterious character known as The Seer.