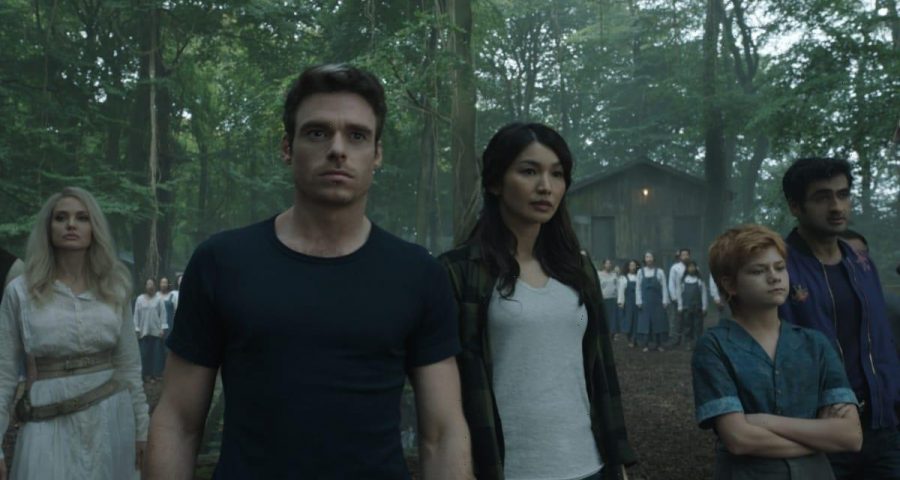 The director of ”Nomadland“ can do spectacle, but she never loses sight of the characters standing in front of the explosions 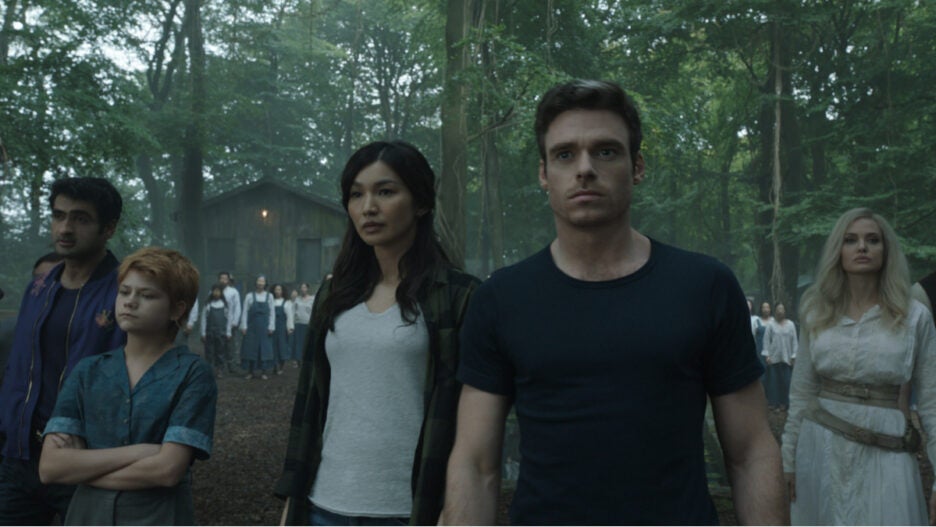 This review of “Eternals” was first published on Oct. 4.

In a Marvel story, time is fluid and history collapses, except when you’re sitting through one of their more artless and chaotic peril-fests, in which case the world being saved can’t come soon enough. Hiring Chloe Zhao to direct “Eternals,” however, sparked a curiosity unusual for a zealously protected billion-dollar commodity: Would the small-bore, contemplative humanity Zhao brought to “The Rider” and her Academy Award–winning “Nomadland” survive the scaled-up Marvel Cinematic Universe playbook?

The answer is a qualified yes, in that there’s no mistaking that “Eternals” — adapted from creator Jack Kirby’s story of space immortals called to protect Earth’s humans throughout its history — is both a Marvel superhero epic, as massively conceived as they come, and unquestionably Zhao’s version of one, as attentive to beauty and intimacy as it is to the expected fate-of-all-life concerns.

On a granular watching level alone, it feels temporally different. Shots in “Eternals” linger more than your average restlessly cut MCU whiz-banger. Even with 10 new heroes to get to know — centered by Gemma Chan’s transmutation-powered Sersi, Richard Madden’s high-flying Ikaris, and Angelina Jolie’s warrior Thena — there’s a quality-time vibe to everyone’s emotional trajectory, thanks to an image-making ethos with Ben Davis’s deep-focus cinematography that affords many good, long looks at an Eternal majestically foregrounding a stunning location, or having a genial, confrontational, even romantic moment with a colleague. (There’s even a moment of PG-13 lovemaking.) 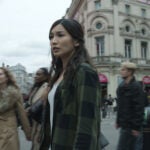 The effect is that “Eternals” puts a welcome premium on what it might feel like to have a close-knit bond across many centuries, and then have that bond be threatened. So yes, these are Zhao horizons (photographic and metaphorical), only with superpowers, galactic suits and gnarly CGI alien beasts called Deviants sharing the space.

The director’s drink-it-in approach does make “Eternals” the second-longest in the franchise canon. But with a story zipping around the globe (London, South Dakota, Iraq, Australia), flashing back through empires (Babylonian, Aztec, Gupta) and sporting a handful of languages — including sign, courtesy of the first deaf MCU character, speedy Makkari (a winning Lauren Ridloff) — there are still plenty of narrative vectors to keep things pacey alongside the usual action sequences and squabbly team-dynamic humor. (Kumail Nanjiani’s energy-blasting, vain Kingo shoulders most of those laughs.)

We first meet this diverse ensemble — led by matriarch Ajak (a stiff but sincere Salma Hayek), point person for their Celestial boss — on their inaugural mission, swooping into early-civilization Mesopotamia from their slab of a spaceship to save a tribe of ill-equipped humans from marauding Deviants. Jumping to present day London, where Sersi is now a teacher and dating an unsuspecting normie (a game Kit Harington), we learn that the Eternals’ shadow guardianship of human progress was completed eras ago. They now live ageless lives amongst mortals around the world. For gentle protector Gilgamesh (Don Lee), living in the outback, it means more time for hobbies and looking after a battle-scarred Thena. For Kingo, it’s indulging Bollywood stardom with a valet (the wonderful Harish Patel) recording his every move. Who immortal retirement is not so easy for is Sprite (Lia McHugh), an ancient in the body of a 12-year-old, forever seen as a child.

What spurs an urgent reunion is the sudden reappearance of the Deviants, thought to have been vanquished for good at Tenochtitlan in 1521. That date was also when Spanish colonizers made their move, yet Ajak’s insistence — shown in flashback — that Eternals avoid meddling in conflicts between humans doesn’t sit well with the group, especially Druig (Barry Keoghan), who’d just as soon stop wars with his mind-control powers, and the fantastic Brian Tyree Henry’s sensitive super-inventor Phastos, eager to give humans all the technology he can devise to better themselves.

These are, of course, ideals with downsides; the fact that the screenplay (by Zhao, Patrick Burleigh, Ryan Firpo and Kaz Firpo) wants to wrestle with the cataclysms of power, inaction and progress across history — albeit in a simplified manner which yet recalls the power of myths to amplify the big questions — is still a significant one for an MCU epic. After so many Marvel movies that give lip service to the thornier ramifications of its hero narratives, there’s an earnestness to the operatic stakes in “Eternals” that somehow helps fuse what’s physically spectacular and philosophical about it. That it’s played out, too, by a cast that looks like our world only burnishes what Zhao is trying to pull off from inside a trope-laden franchise.

Does that make “Eternals” fun, you ask? Look, hasn’t there been enough tiresome digitalized adrenaline from these things already? Not an answer? Then, yes, there is fun; plenty of stunts, jokes, combat, visuals, twists and, for the romantics, more than one love story, and not all of them straight, thank god. The performances do their jobs, too, especially when, outside the regulation superhero pantomiming. Zhao’s compassionate gaze requires something extra, for love, destiny, the planet, everything. After all, there might be a volcano erupting in the background, or a planet-sized being in the frame.

But what makes “Eternals” feel special is that, for once, the director genuinely cares as much about the character within that spectacle, as the spectacle itself.