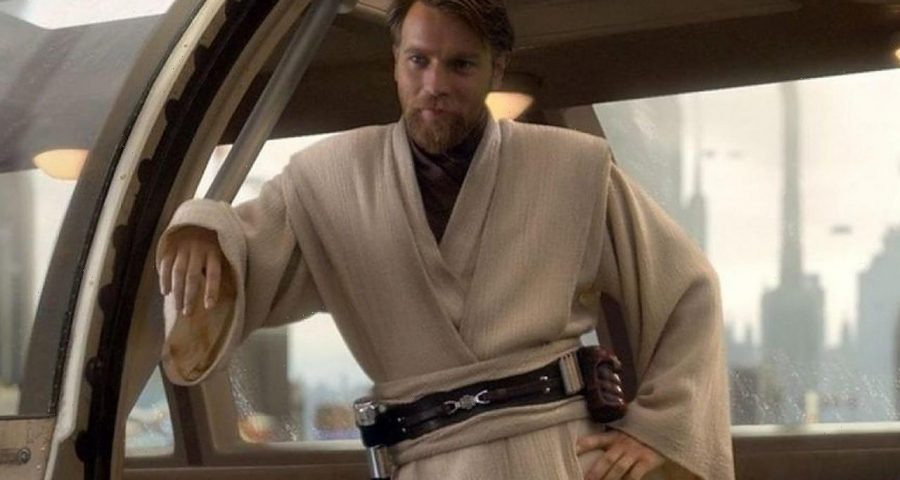 The Obi-Wan Kenobi depicter admits he struggled with some scenes during the filming of the ‘Star Wars’ prequel series partly because of the disappointing dialogue.

AceShowbiz –Ewan McGregor found it difficult working the “Star Wars” prequel series because of the huge amount of CGI and unsatisfying dialogue.

The 50-year-old star played the role of Jedi Knight Obi-Wan Kenobi in the prequel trilogy of the iconic sci-fi series but he has admitted that working on those films could be “tedious” due to director George Lucas‘ use of CGI technology which meant there was very little to work with for the actors other than the dialogue.

In a profile interview with The Hollywood Reporter, he said, “George loves technology and loves pushing into the realm. He wanted more and more control over what we see in the background.”

“After three or four months of that, it just gets really tedious – especially when the scenes are … I don’t want to be rude, but it’s not Shakespeare. There’s not something to dig into the dialogue that can satisfy you when there’s no environment there. It was quite hard to do.”

The “Trainspotting” star adds that he was disappointed that some of the three movies didn’t impress fans of the franchise, which began in 1977 with ‘Star Wars: Episode IV – A New Hope“.

Ewan said, “(It) was hard they didn’t get well received. That was quite different. They were universally not very much liked.”

McGregor is set to return to a galaxy far, far away as Obi-Wan in an upcoming Disney+ series set between the prequel films and “Episode IV” and he has revealed that he was sworn to secrecy until the project was confirmed.

He said, “I’d see stuff on social media like, ‘They better cast Ewan as Obi-Wan’ and I wasn’t able to say anything.”

“But it was pretty humiliating to think that (Disney) might be thinking about casting someone else.”

Ewan – who will be reunited with his co-star Hayden Christensen, who is returning as Sith Lord Darth Vader – is “excited” about returning to the franchise and feels in a “better place” compared to his appearances in the films.

He said, “I’m really excited about it. Maybe more so than the first ones, because I’m older – I just turned 50 – and I’m just in a much better place.”