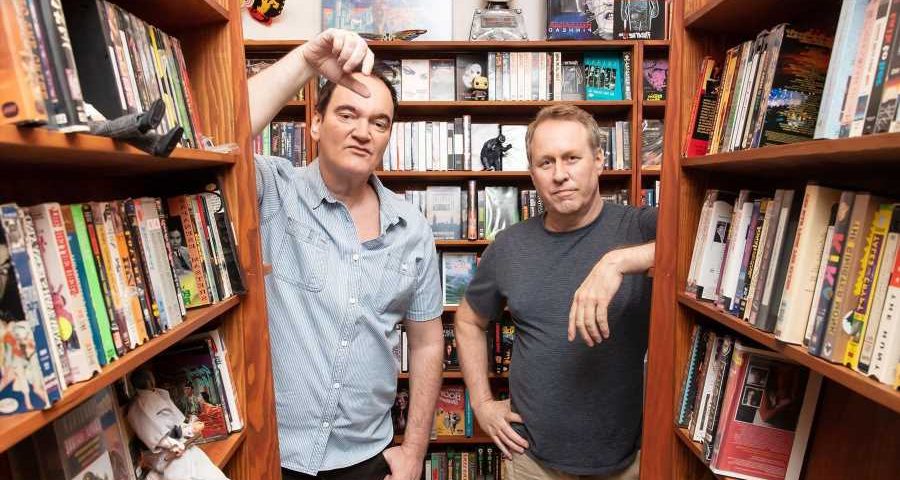 A decade before Quentin Tarantino and screenwriter Roger Avary collaborated on Pulp Fiction, they were a couple of clerks renting out Betamax tapes at Video Archives in Manhattan Beach, California. Now the pair will be looking back on their video store days in The Video Archives Podcast, which will launch via SiriusXM’s Stitcher platform on July 19. It will be available on major podcasting platforms.

Tarantino purchased Video Archives’ library when the store closed in 1995 and used it to rebuild the shop in his home. For each episode of the podcast, which will be hosted by Tarantino, Avary and Avary’s daughter Gala  will watch one video from the collection and discuss it. “We’re watching the videocassettes,” Tarantino said in the series’ trailer. “We’re not watching the Blu-rays. And if they don’t have a videocassette, they can’t be counted as a movie. It has to be from the collection.” Some of the titles they mention in the clip include Dark Star, Moonraker, Demonoid: Messenger of Death, and Piranha.

“We never imagined that 30 years after we worked together behind the counter at Video Archives, we would be together again doing the exact same thing we did back then: talking passionately about movies on VHS,” Tarantino and Avary said in a joint statement. “Watching movies was what originally brought us together and made us friends, and it’s our love of movies that still brings us together today. So we surrounded ourselves with the original Video Archives collection, where we both worked before we became celebrated filmmakers, and time-traveled ourselves back to the golden age of VHS.”