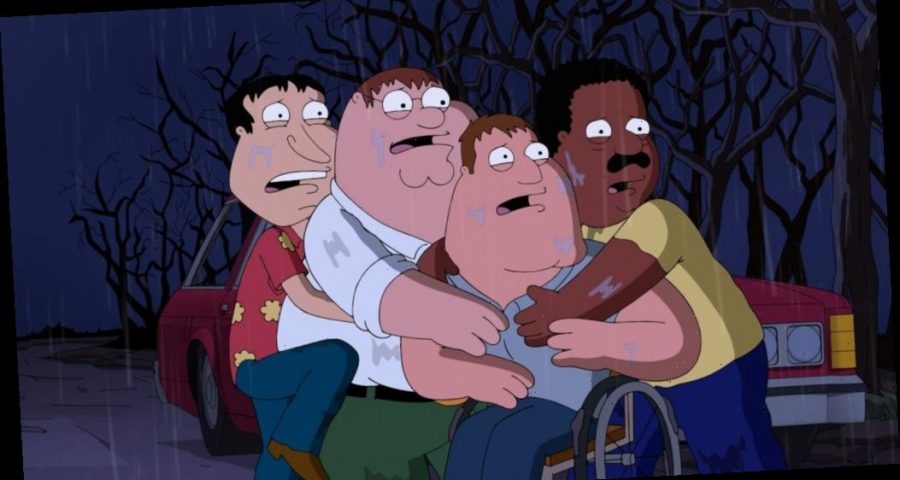 Firstly, a little background. Like its peers The Simpsons and South Park, Family Guy has never shied away from political topics. The show covered everything from same-sex marriage to marijuana legalization to the many controversies of Donald Trump’s administration. One issue, however, was apparently too contentious for Fox to cover.

“Partial Terms of Endearment” is about Lois Griffin dealing with an unwanted pregnancy. By the end of the episode, Lois decides to have an abortion. During an interview with The New York Times Blog, Family Guy creator Seth MacFarlane revealed how the episode came to be. “The pitch was something that came up in the writers’ room, I don’t remember exactly from whom,” he said. “But Danny wrote the episode, and really did a very deft job. He referred to probably the best essay on abortion that I’ve ever read, from Carl Sagan’s book Billions and Billions, and he referenced that periodically throughout the course of the episode. And we pitched it to Fox. In open-minded, characteristic Fox fashion, they said, ‘O.K., you can make this episode, we reserve the right not to air it.’”

Fox refused to air “Partial Terms of Endearment” and MacFarlane said part of it was because of linguistics. “Part of it is just saying the word ‘abortion’,” he recalled. “There are certain words and phrases that are, to a lot of people, comedy red zones that you just shouldn’t enter. We had a joke that was at the expense of Al-Qaeda, and certainly nothing to do with the 9/11 victims, and they were very skittish about us using the phrase ‘World Trade Center.’”

How Seth MacFarlane wanted ‘Family Guy’ to deal with abortion

MacFarlane said he didn’t want the episode to tackle the subject without Lois making a decision. He said his approach to the episode was inspired by his dislike of the Kevin Costner comedy Swing Vote. In that film, the lead character votes without the audience knowing what decision he made. MacFarlane found this ending unsatisfying and he didn’t want “Partial Terms of Endearment” to follow a similar path.

How critics reacted to the episode