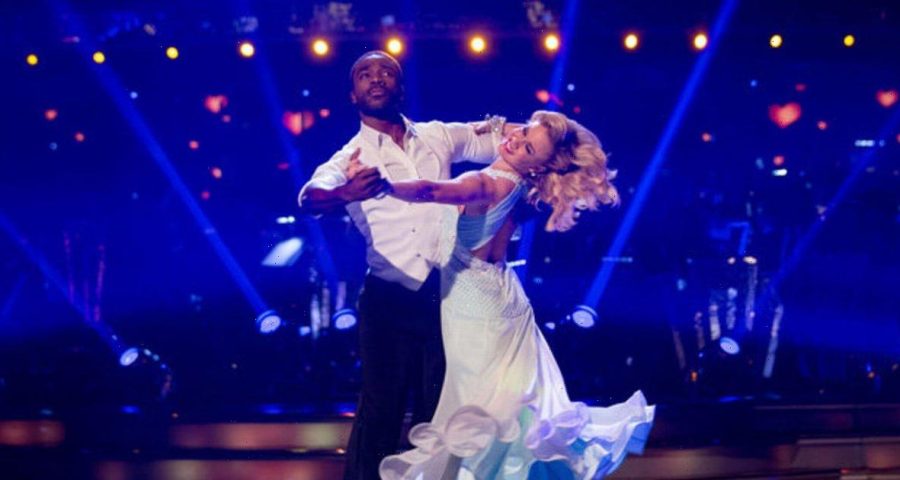 Former Strictly winner Ore Oduba is calling on bosses to mark the 20th series next year with an all-star show bringing back previous contestants.

The presenter and actor lifted the glitterball with Joanne Clifton five years ago and is currently touring in a theatre production of The Rocky Horror Show.

Speaking to Daily Star, Ore said: “Wouldn't that be epic? It's a huge badge of honour to have been part of Strictly – I'd go back in a heartbeat.

“I would go on a serious detox. Five years on we all feel we have some part of Strictly still in us.

“Rose and Giovanni couple’s choice dance was the most powerful moment in television I’ve watched in my life.

“I’ve not wept at Strictly like that since I was in it.

“Strictly’s been going for 19 seasons but for one moment of TV to change the national’s perspective to how a community lives, I am so proud of what they do.

“I have a screen in my dressing room on tour so I can watch and I went to see some of them in training.”

After taking part in Celebrity SAS this year, Ore admits he’s changed his mind set for life after the gruelling challenges took him to rock bottom when he caught hypothermia and fell unconscious.

He says. “That show showed me you have the potential to do more. I have no idea what the next year holds – I’ve stopped trying to predict the future.

“I’d never hit rock bottom before I did that show and it was the lowest I’ve ever been.”

Being led to believe the gas chamber was lethal, Ore pulled out of the mission and felt like he was going to get booted off the programme.

He added: “They didn’t tell us it was non-lethal gas. I had nothing left and thought: ’Someone’s going to remove me’.

“Then I woke up the next day like the previous day hadn’t happened. I felt like I had a whole new life. It was bonkers.”

Currently decked out in fishnets and high heels most nights as Brad in the Rocky Horror, Ore, whose hosting credits include The One Show and This Morning, is in his element. He says: “I’ve rarely had more fun than doing this show. Broadway next? Who knows? There’s an idea… My wife Portia said I do look good in a corset.”

The downside of touring is being away from Portia, daughter Genie, who was born in October, and pre-schooler son Roman.

“Portia is handling a lot on her own,” admits Ore. “It’s tough on both of us but we aren’t the only family working apart.

“The good times will roll again plus we’ll have Christmas and Boxing Day together.

“I gave up sleep four years ago but I don’t know what I was living for before having kids.

“You think your heart is only so big then you bring another human into the world and find another world of love.

“The real change having a daughter is all the women in my life coming out of the woodwork with piles of gifts of clothes.

“I’ve never seen them as womanly in my life.” His parenting passion has led Ore to team up with the Institution of Engineering and Technology, who are calling on the government to plug the growing STEM (science technology, engineering, and mathematics) gap in primary school education.
Over 150 prominent organisations and people, including Major Tim Peake, will.i.am and Carol Vorderman have signed an open letter to Boris Johnson.

The economy is losing £1.5billion per year while 173,000 jobs in the STEM sector are unfilled.

Ore, who graduated from Loughborough University with a degree in sports science and social science and last week fronted Loose Men for International Men’s Day, says: “Loughborough is a leader in engineering.

“We want to give our kids the broadest base of learning but currently that is something they don’t have. To allow as many opportunities as possible would be brilliant. Through science and maths that can lead to jobs working in space and developing apps.

“Thinking about Roman going to school is terrifying – it gets me so emotional.”

* Find out more about the IET’s Engineering Kids Futures campaign at theiet.org/media/campaigns/engineering-kids-futures/ and see how embed engineering into primary school learning will help bridge the growing skills gap within UK workforces and support #EngineeringKidsFutures.