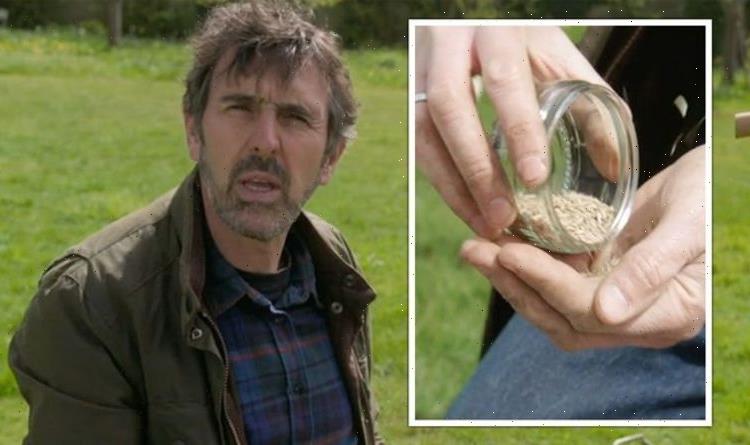 Adam Frost taught viewers how to repair damaged patches of lawn on a recent episode of Gardeners’ World. The gardening expert revealed he has some dead grass in his own garden that he’d been meaning to work on for a while. However, while guiding BBC viewers through his seed sowing system, he warned of a common error people make.

Adam began by explaining to Gardeners’ World fans why his lawn was in desperate need of repair.

He said: “If you’re anything like me you’re coming out really engaging with the garden and noticing that the lawn maybe has a little bit of damage from last year.

“We were out sort of one Sunday tea time and it was getting a bit cold so the kids sort of dragged the fire pit around here and we lit it while we were having a kick around on the lawn.

“And actually it got a little bit hot. So it’s killed all the roots of this grass. So, what I’m going to do is just repair this little patch,” Adam explained. 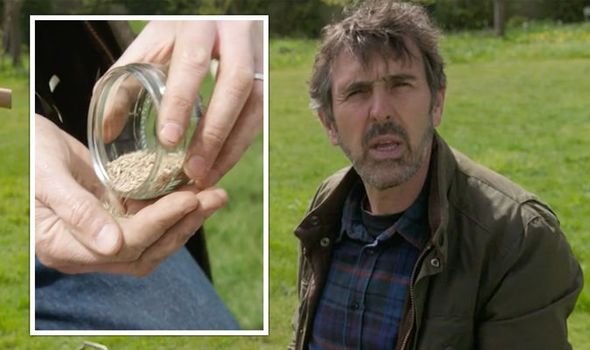 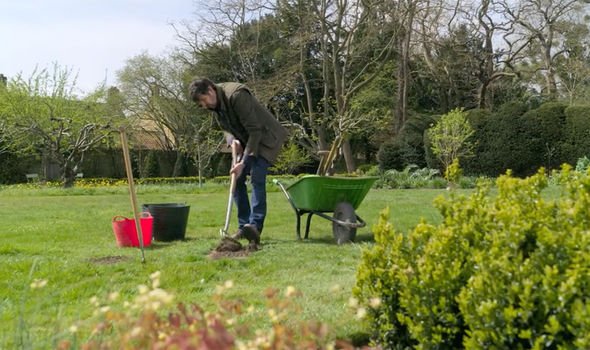 The gardening pro next began guiding viewers step by step through the process of fixing the damaged patch.

Adam explained: “First of all I’m going back into the decent turf just cutting a nice neat edge. It’s really easy then to take it out.

“Using a fork, take the old turf off making sure that I’m leaving as much top soil as possible.

“Just turn it all over to break up any compaction, so once I’ve broken it up what I’ve got is a little soil and compost mix and it’s just introducing some of that goodness back into the soil,” he revealed. 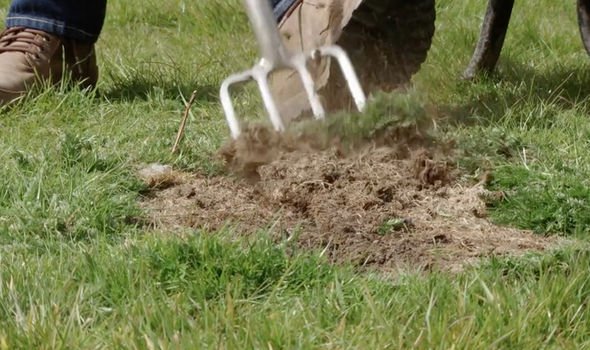 “So once that’s all prepped the next thing really is to sow the seed,” he added.

Adam then gave viewers a warning of what not to do, as he pointed out a common mistake with lawn repair.

“One of the things people do wrong with this is, you know if you’ve never done it before, is sow too much seed,” he told viewers.

He continued explaining that most seed packets will have instructions detailing the right amount to use.

“I’d probably go to about 20 grams per square meter. And when it comes to seed there’s lots of different types.

“This is just a standard lawn mix with a reasonable amount of Ryegrass in it, but if you’ve got slightly shadier conditions then you can choose seed that suits those.

“And if you want this instant, you could also do this with a little bit of turf and the preparation would more or less be the same,” the presenter added.

Adam continued raking over the ground, explaining that he was working the seeds into the surface.

However, he said he was only doing this as it was a small patch, adding: “In reality, if you’re doing a big area of grass you probably wouldn’t go back over it all.”

Adam explained that he’d need to give the seeds a lot of water over the next few weeks.

“It has been a dry old start to the season,” the gardening presenter remarked.

Gardeners’ World is available to watch on BBC iPlayer.