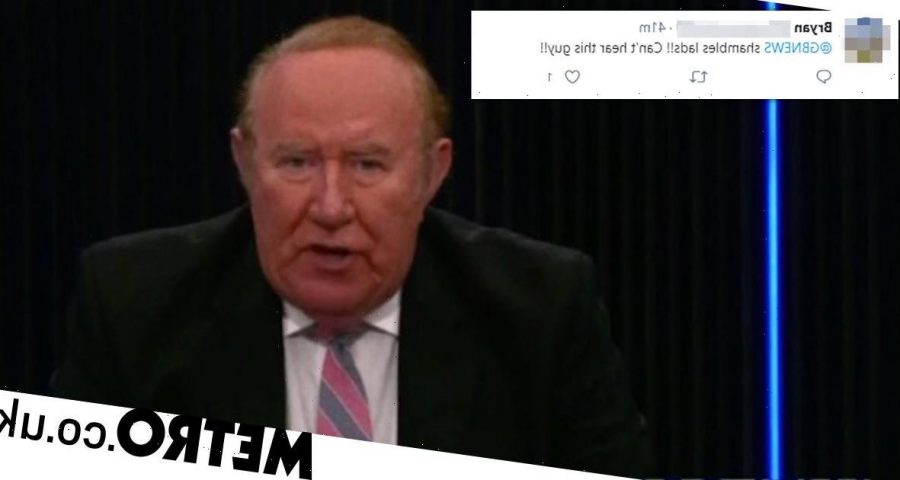 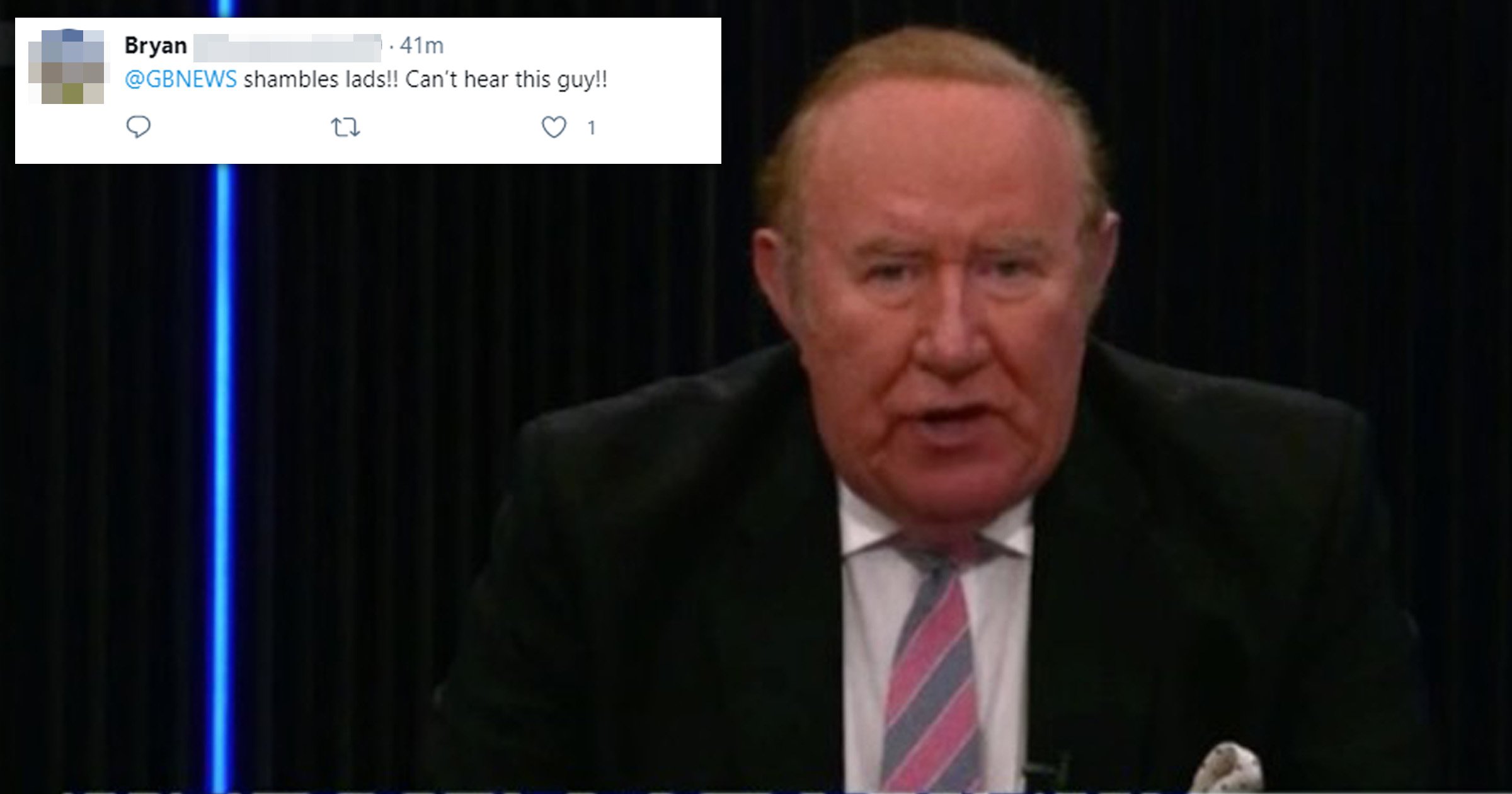 GB News suffered technical difficulties just minutes into its launch, with Andrew Neil forced to salvage a chaotic interview that viewers were struggling to hear.

On Sunday June 13, GB News officially launched, marking the first new news channel to premiere in the UK in 30 years, with presenters including Simon McCoy and Alastair Stewart.

Chair Andrew, 72, opened the programme with an introduction, vowing to ‘give a voice to those who feel sidelined or silenced’ and to ‘expose cancel culture for the threat to free speech and democracy that it is’.

After welcoming GB News presenter Michelle Dewberry to the channel in his first interview, Andrew then went to introduce archaeologist Neil Oliver… which is when things went awry.

Having explained that Neil’s show will explore the ‘core of what it is to be British’, Andrew said to Neil: ‘You are now entering into controversy, current affairs, not the lovely geographic documentaries. How’s that feeling?’

While it looked like Neil was delivering a passionate response, viewers were unable to hear what he was saying as his mic appeared to not be working.

In addition to Neil’s voice sounding quiet and fuzzy, whispering could be heard off-screen, something that viewers picked up on.

‘Speak up! And there’s whispering off stage,’ one person tweeted alongside a cry-laughing emoji.

‘Did they forget to buy the microphones?’ someone else wrote.

‘I have worked too long and hard to build up a journalistic reputation to consider going down that route.’