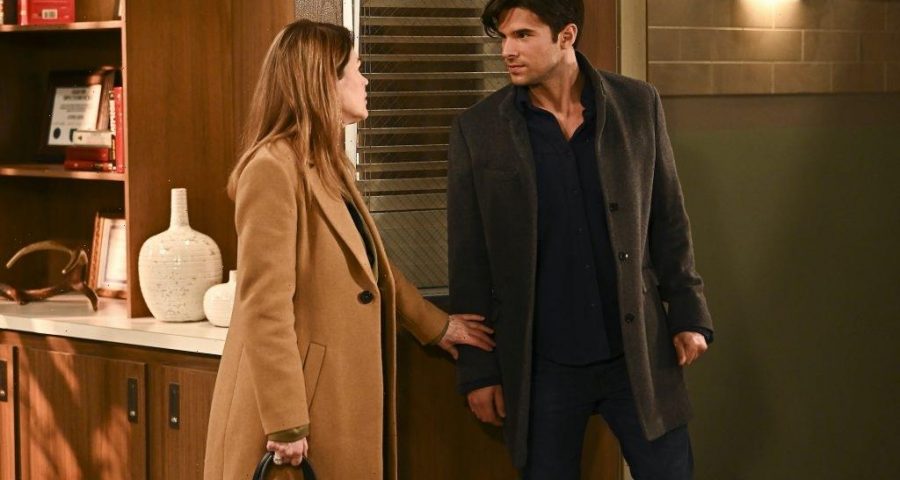 Whenever actors commit to playing fictional roles, they immediately realize that their characters can get offed anytime. Soaps such as General Hospital thrive on life-and-death cliffhangers that leave fans wondering if their favorite character who suddenly falls ill might get killed off.

General Hospital’s Harrison Chase found himself in a precarious position recently that snuffed the life out of the actor who played him.

General Hospital has been on the air since 1963, and throughout, there have been numerous actors. Some have stayed for a significant amount of time while others don’t last long, leaving adequate room for newcomers. Josh Swickard joined the popular soap opera cast in 2018, stepping in as Detective Nathan West’s replacement.

Swickard plays Detective Harrison Chase, Dante Falconeri’s partner. Since his appearance in the soap opera, Chase has found himself at the center of many romantic dramas, including his whirlwind romance with Willow. However, his thrilling storyline involved Chase facing a near-death experience.

The situation forced Willow into marrying him on his deathbed, thinking Chase wouldn’t pull through. In doing so, she denied herself the chance of being with her true love Michael. However, in true soap opera fashion, a miracle cure saw Chase being cured and thus began the issue of the lifetime commitment Willow had made to Chase.

As Chase learned to walk again, viewers waited with bated breath waiting for the secret to come out. He did eventually find out about Willow’s good time with Michael but chose not to disclose his knowledge leading to distrust, secrets, and betrayal.

In a recent interview with TV Insider, Swickard got real about the toll it took to play a sick character in General Hospital. When asked what it felt like playing his character’s worsening condition, the actor admitted that he was “living in the moment” while trying to enjoy the process.

However, he said that at the end of the day, after filming wrapped up, he would get home and feel like he had “been hit by a truck.” He said, “I was spending 12 hours a day on set, working, playing someone who was sick, even dying. You chemically and emotionally put your body through that.”

Swickard stated that he loved that aspect of being an actor, saying that it’s never “all sunshine and rainbows.” The actor also commended the makeup team for making his ill character believable. He said that sometimes he would give the makeup artists a tough time, but they would still “do their magic, and Chase would look like he’d be knocking on death’s door.”

What’s next for Chase in ‘General Hospital’

Although the fate of Chad’s recovery is still looming, fans are conflicted about what they want Chase’s future to look like. Some viewers want the show to continue with the love triangle and even go a step further to make the storyline juicier.

However, others feel frustrated with the direction the love triangle is taking and want Willow to come clean about Michael for all parties involved to move on. Swickard might have struck luck playing Detective Chase, but he once auditioned for another role.

Soap Opera Digest mentions that the actor tried out for Peter August, but his age stood in the way. Aside from his character on General Hospital, the actor has appeared in other films such as Rope, KC Undercover and is reportedly working on a sequel for A California Christmas with his wife, Lauren Swickard (Lorynn York).