GEORDIE Shore star Marnie Simpson put on a racy display as she stripped down to her lingerie for a new shoot.

The 28-year-old wasn't shy flashing her flesh nor her rear as she posed in a daring thong and a pair of suspenders while lying across a bed. 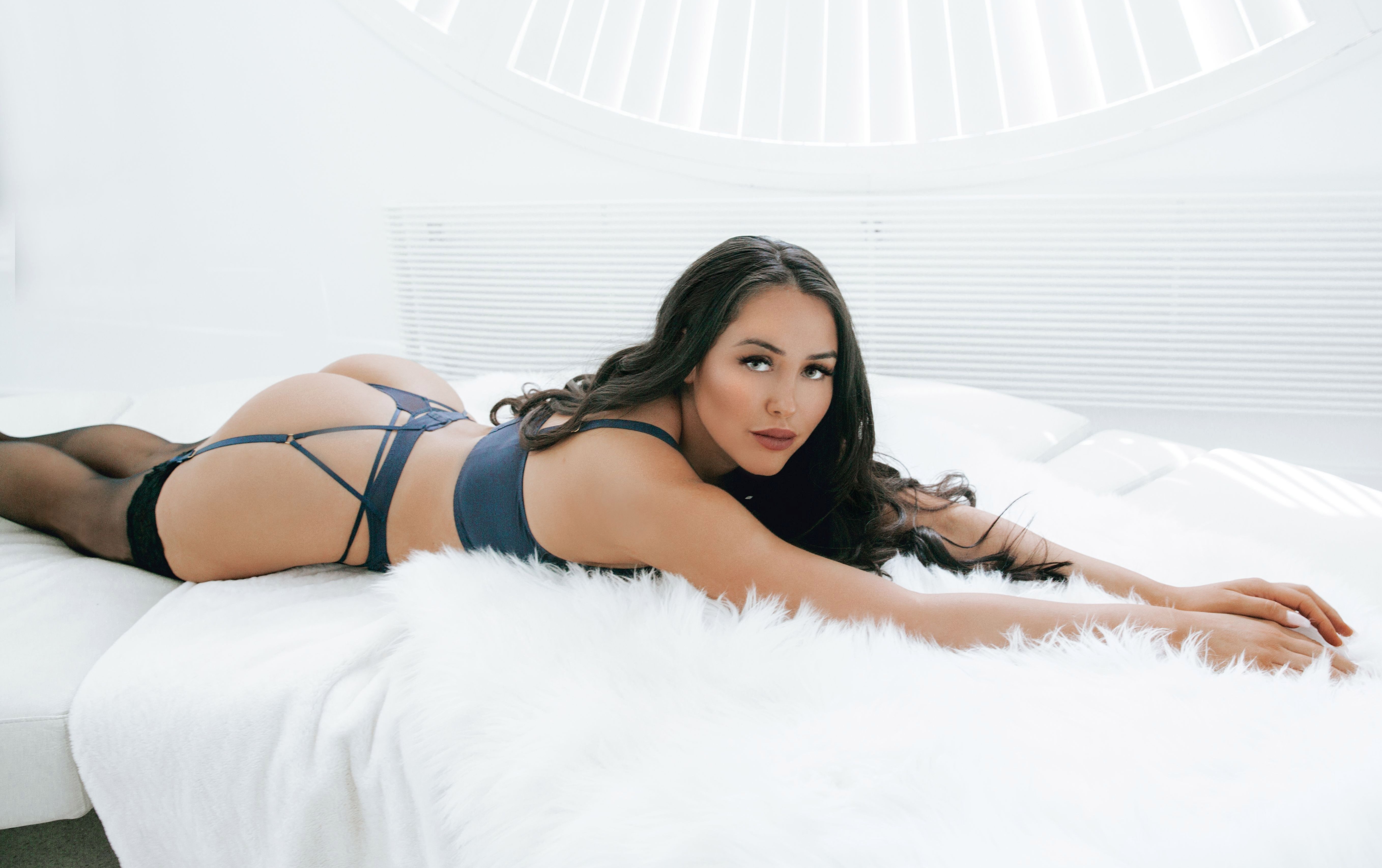 In the same shot, the MTV star also wore a khaki-coloured bralet while her raven-coloured hair fell in a sultry curl.

Marnie also modelled a matching blood-red lace two-piece which showcased her figure with aplomb in another shot.

The TV star then changed for the third time opting for a white crop top with spaghetti straps and a pair of high-waisted underwear while she posed in a pool.

Last month, Marnie revealed that she "didn't want to carry on living" during her horrific UTI battle after spending "thousands and thousands of pounds" on doctors. 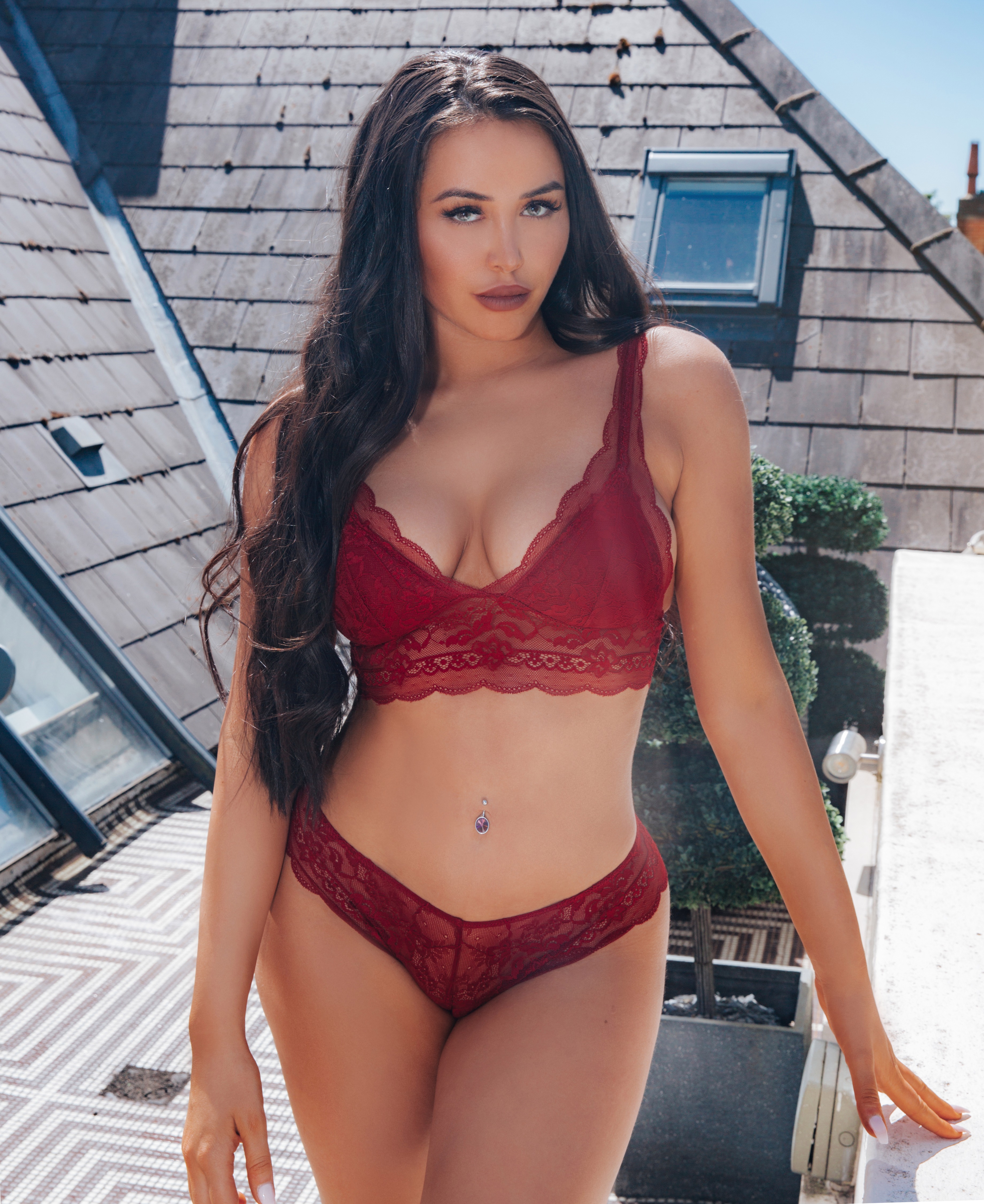 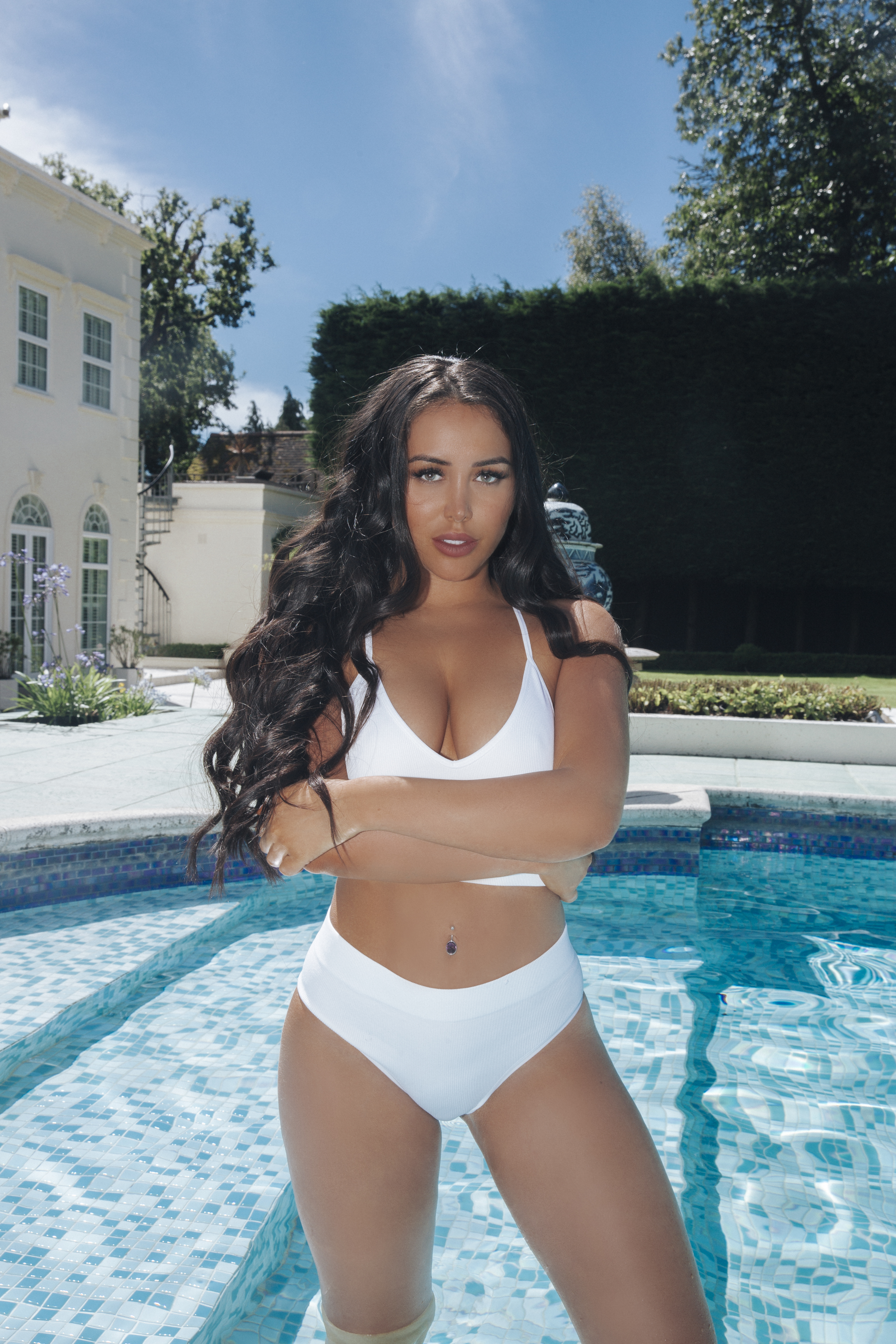 The reality star, 28, was diagnosed with a chronic UTI in 2016 and after giving birth to baby Rox last year, her symptoms began to get a whole lot worse.

During an exclusive chat with The Sun Online, the brunette beauty opened up about how hard it was dealing with the condition, as well as with the added stress of looking after a newborn baby during lockdown.

She said: "I've just been completely f***** over by doctors in the UK. I've spent thousands and thousands for them to just, basically when they diagnosed us multiple times, they ended up putting us in a really bad bad bad way. 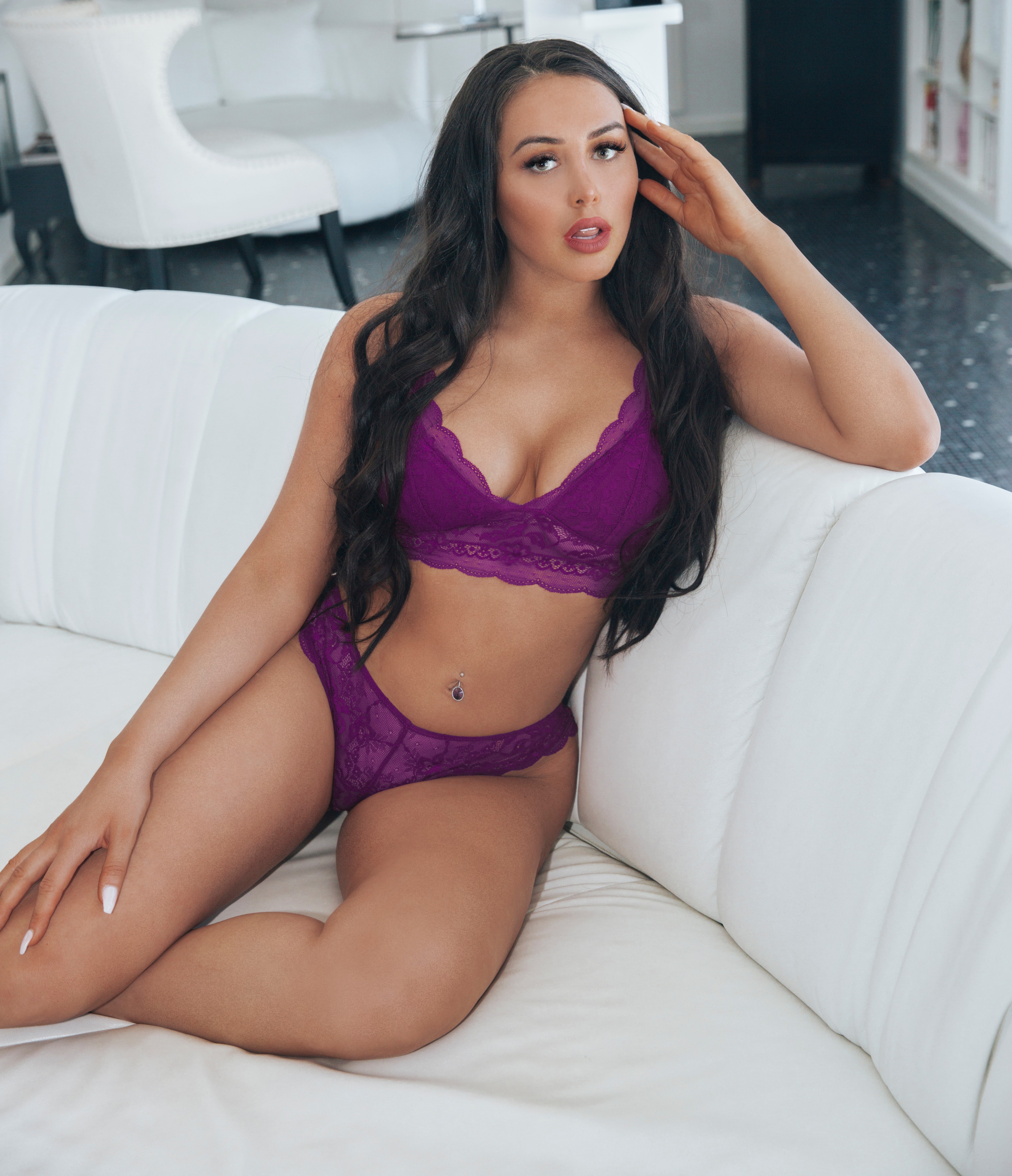 "So I got myself really really depressed during lockdown, to the point where I didn't even think I wanted to carry on like living. I know that sounds stupid but that how bad it was."

Now Marnie has found the proper help to fix her problem after being been properly diagnosed with Trigonitis – a condition where the triangular piece of tissue located in the lower part of your bladder becomes inflamed.

It can be caused by frequent urinrary tract infections (UTIs), hormonal imbalances or the aftermath of using a catheter for a long time. 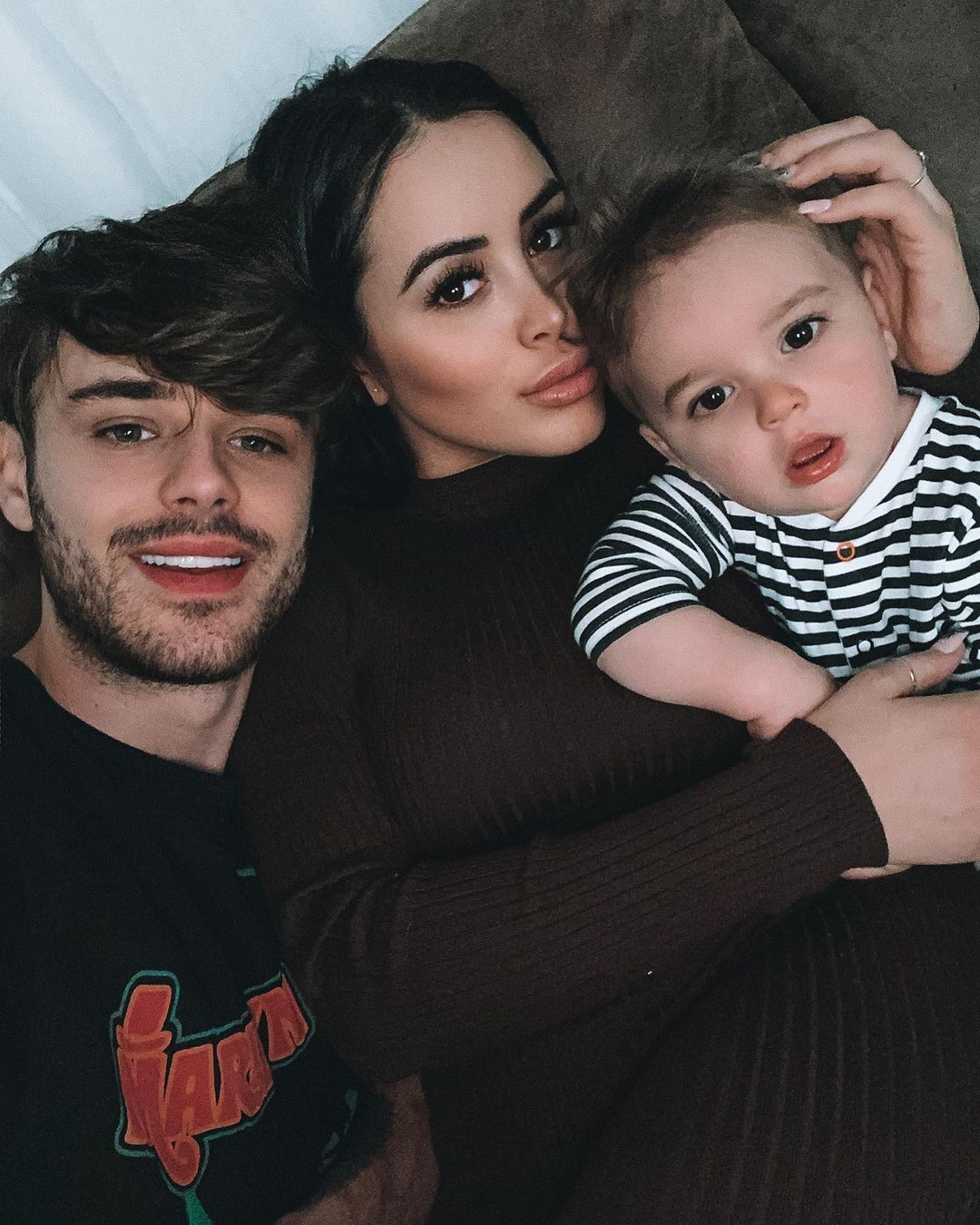 "It's only recently that I actually had my bladder looked at inside and they actually found what the problem was and it's a condition called Trigonitis."

Earlier this month the mum-of-one underwent an operation to try and make things right again and now hopes that she can start to move on with her life again.

Although Marnie has been through hell and back over the past year, she's not going to let her condition stop her from trying for another baby with fiance Casey Johnson, 25.

After meeting on MTV's Single AF show in 2017, the lovebirds relationship has gone from strength to strength.

Despite her previous pregnancy complications and bladder condition, the star still wants to give Rox a brother or sister to play with.