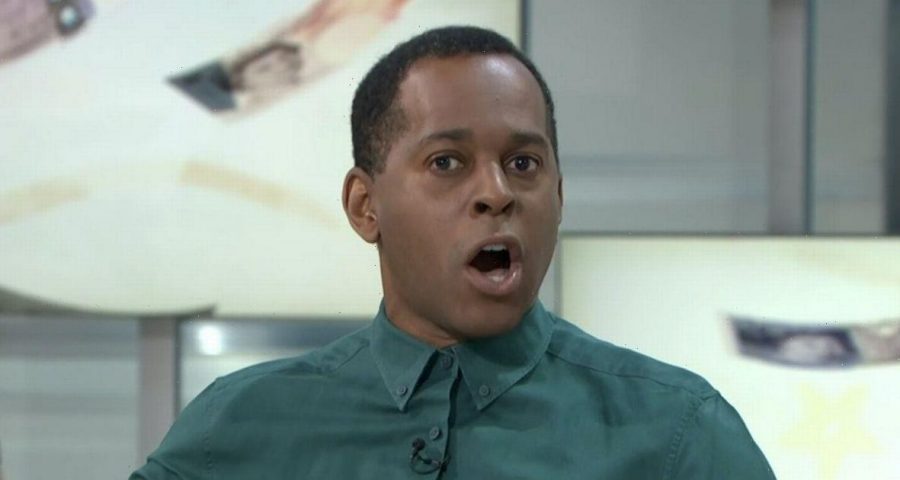 Good Morning Britain star Andi Peters showed his loyalty to the show on Tuesday morning, when he mocked the ratings of rival networks BBC and GB News.

The presenter, 50, appeared in the studio to host a competition segment, trying to boost the atmosphere in the room by bursting into dance.

Andi managed to convince his co-star, Ranvir Singh, who excelled on the latest season of Strictly Come Dancing, to join him as they danced before the cameras.

Moving his shoulders in time with the music, Andi then took aim at BBC Breakfast and GB News, insisting no one was tuning in to watch their programmes.

"There is no one on BBC Breakfast or GB News doing this right now because no one’s watching," he quipped.

The remark prompted a ripple of laughter from the stars of GMB, as well as the crew backstage, as Ranvir applauded the one-liner.

GMB has enjoyed a long-running rivalry with BBC Breakfast, with the two shows constantly competing for ratings.

During Piers Morgan’s time on the show, he frequently took to Twitter for spats with BBC’s Dan Walker, parading ITV’s ratings before him.

Last Sunday saw the launch of another competitor, GB News, which is the first new network launched in the country since Sky's inception more than 30 years ago. GMB host Susanna Reid shared her thoughts on the new channel on Monday, admitting she felt one programme "didn’t chime" with the views of the nation.

"And one of the launch programmes, Dan Wootton’s programme, did an interview and a monologue about railing against the lockdown," she said, during a discussion with co-presenter Richard Madeley and journalists Kevin Maguire and Andrew Pierce.

"But I wonder whether electorally, politically amongst the public, that doesn’t chime at the moment," she said.

"Whether that’s still an outlying voice. As loud as it is amongst some sections of the population."