GOOD Morning Britain fans complained on Twitter today after Gary Numan's wife revealed a few saucy truths about their marriage – saying she once gave him a "pity s**g".

Rock star Gary, 62, appeared via a video link with wife and manager Gemma O'Neil just after 8am and chatted to hosts Adil Ray and Ranvir Singh about their 23-year marriage. 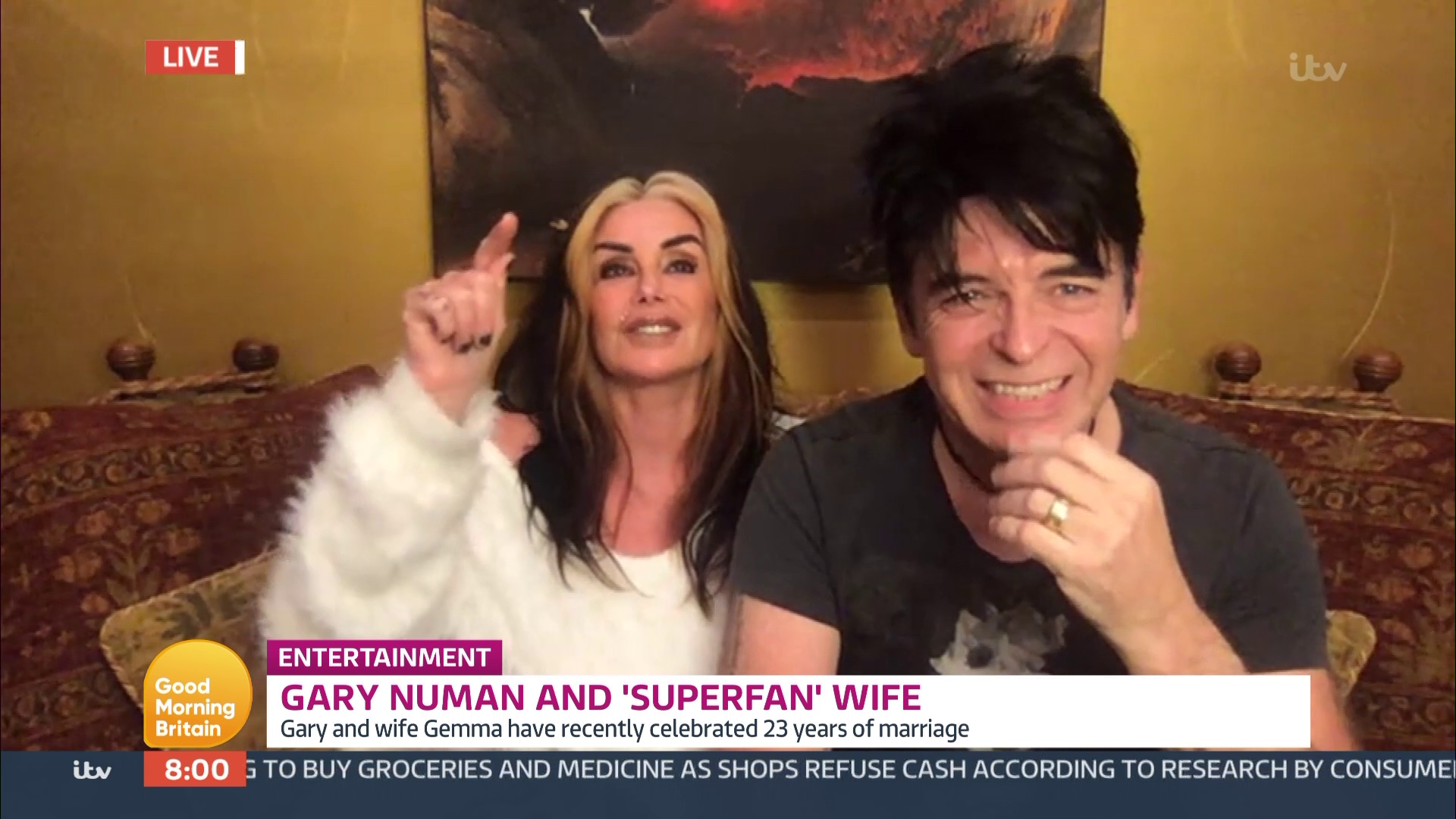 But viewers' ears pricked when things took a racy turn.

Gary and Gemma spoke about their financial woes and how Gemma had to support the family, as Ranvir asked: "That was an incredible moment for you Gemma to be the one getting the groceries for the pop star because he can’t afford anything?"

Gemma admitted: "You know it was sad though because as a huge fan…"

Gary interrupted: "I don’t want pity!" to which Gemma said: "Well you got a pity shag." 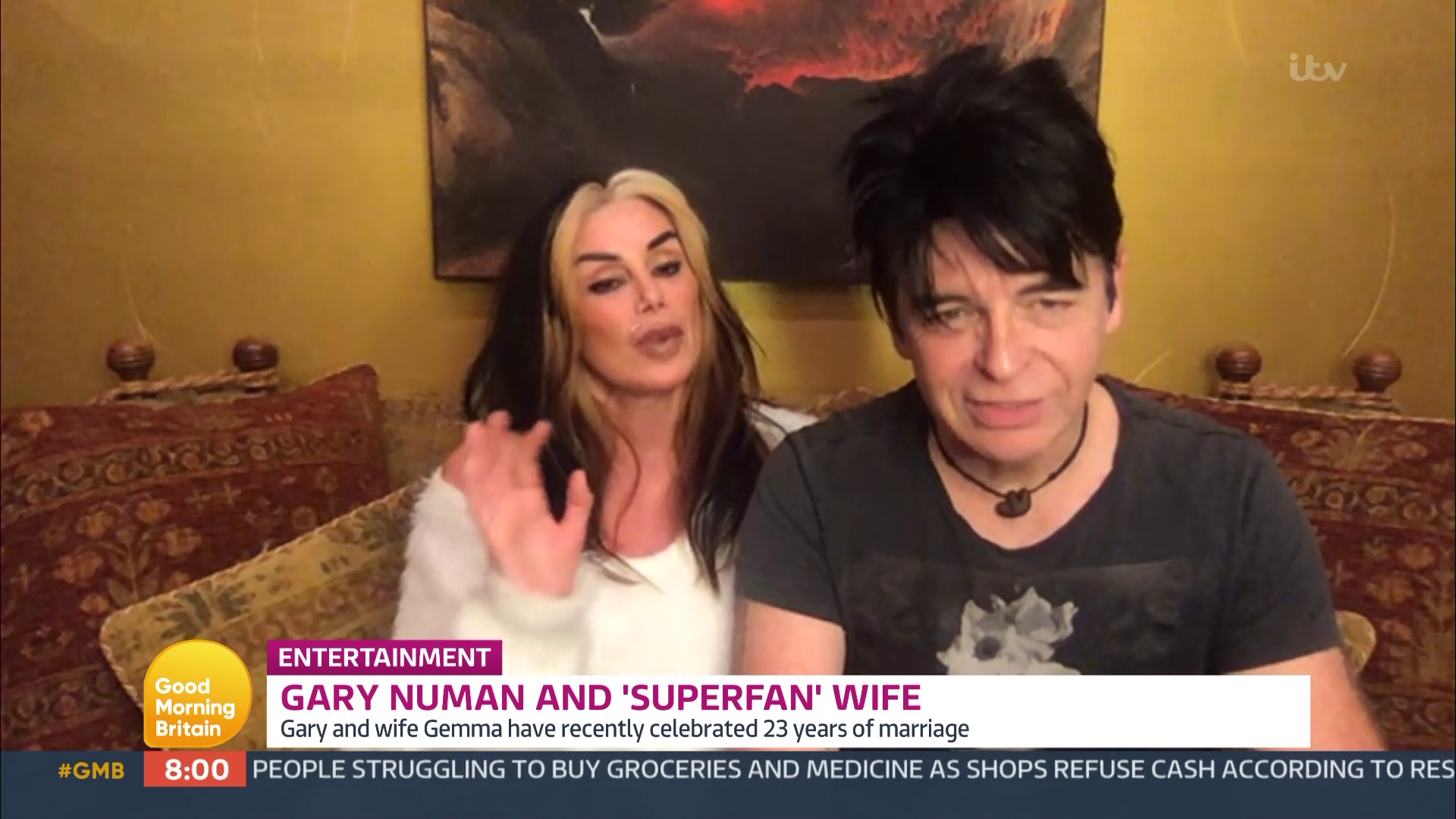 And one person at home tweeted: "Did Gary Newmans wife just say she gave him a pity s**g at 8am on Good Morning Britain?"

Another blushing viewer said: "I wasn’t expecting to hear about pity s**gs pre 9am".

The couple have been married 23 years, but superfan Gemma first met Gary when she was 11 years old.

They met several more times at his gigs but the loved-up couple bonded years later when Gemma's mum died and Gary said that it led to their first "real conversation". 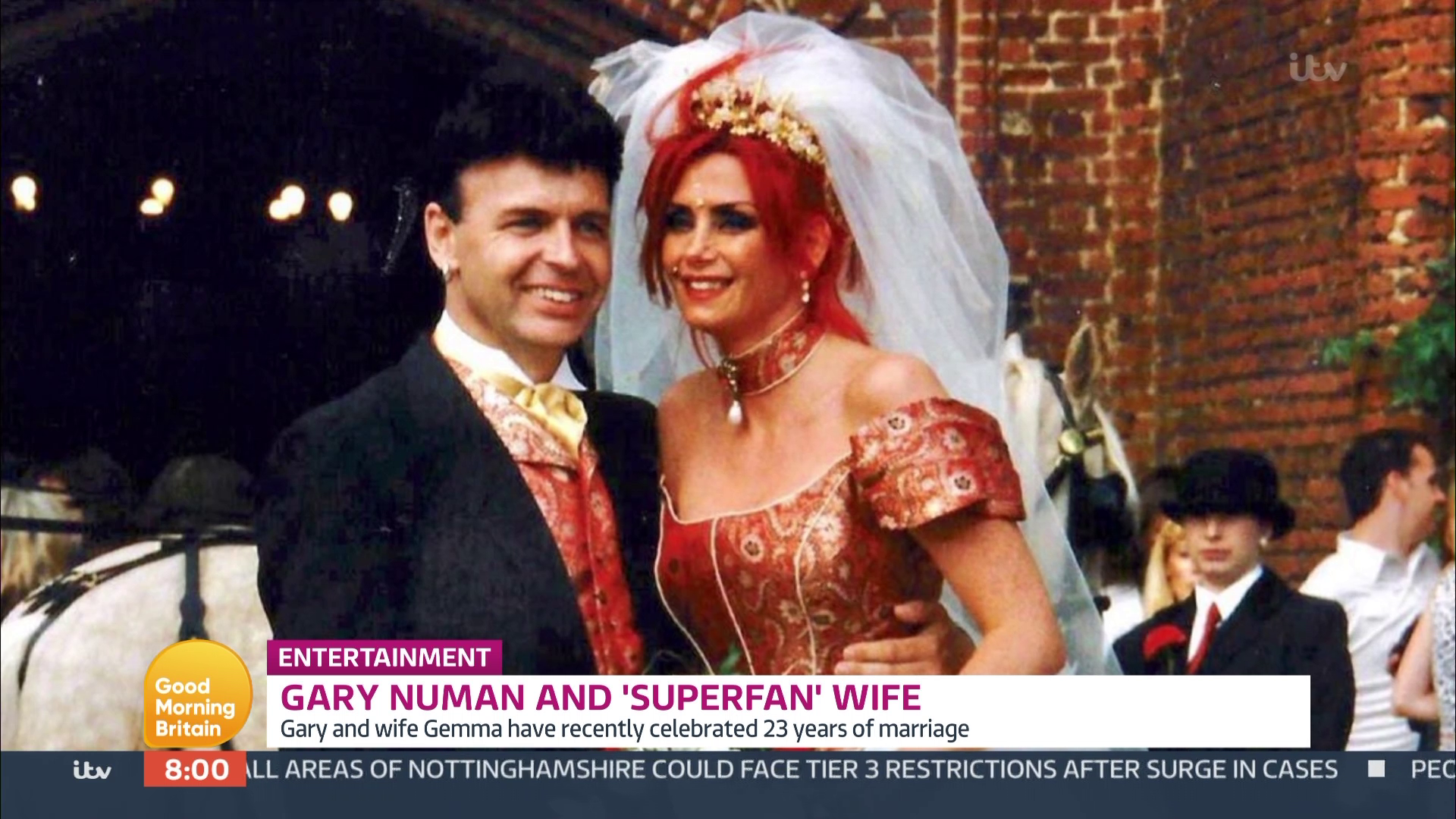 She revealed: "My dad worked at the record company so I met him for the first time when I was younger. It wasn’t until my mum died in 92 that we actually spoke properly."

They now have three daughters Raven, Persia and Echo.

Gemma also opened up about her cosmetic surgery nightmare on GMB and said one of her breasts ripped open when she was in a caravan with Gary.

She said: "We were on a caravan trip, I just had the stitches out. I turned to the kids and they just split open. "It did look like a shark attack and Gary did have to hold it together."