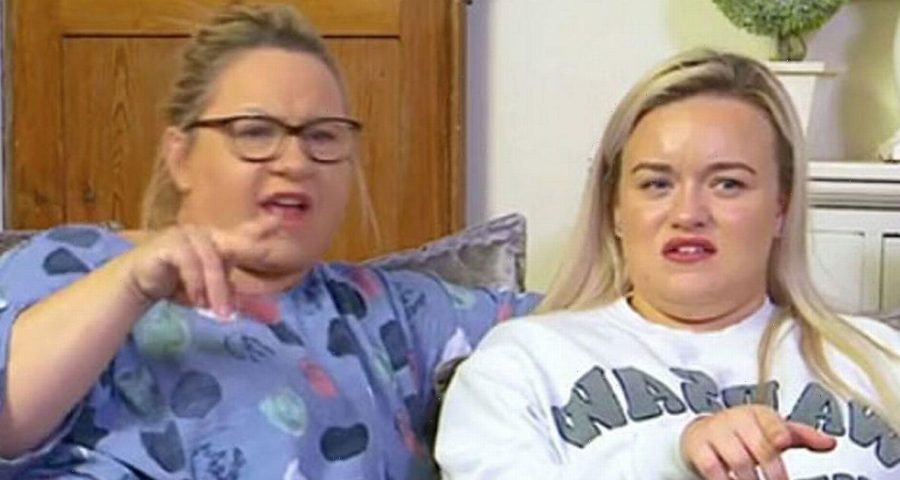 Gogglebox star Paige Deville has hit out at her mum Sally, calling her a "disgrace".

The TV star – who quit Gogglebox in September citing "restrictiveness" and "zero aftercare" – made the comments in a rant on Twitter in the early hours of the morning.

Paige also set the record straight about reports she fell out with her mum over the show, and addressed Shaun Ryder after he questioned why she needed support and asked whether she was a "bit of a snowflake".

She wrote: "To clarify, people thinking I fell out with my mom over Gogglebox, My 'mom' is an absolute disgrace who I wish to never speak to again due to a serious family issue NOT about a TV show.

"In regards to Shaun, that's exactly what I meant by support to deal with trolls like you."

Paige explained that when she mentioned "aftercare" she had been talking about the "hidden pressures" of being on the Channel 4 programme.

"Feeling nervous about how you may come across to 3 mil viewers, pressures of being funny and making people laugh and if not then judged by trolls and messaged daily abuse about suicide," she went on.

"These are just a few things I felt needed to be aired about REAL issues being on a reality show."

The blonde said she'd "never been so happy and free since deciding to leave", adding: "That chapter is now closed but felt I have had to justify myself as people are still commenting.

Paige, 25, had been on the programme since 2019 but last month tweeted: "I have made the decision to walk away from Gogglebox.

"It's been an experience but one I cannot continue with due to long hours of filming, restrictiveness, control of our actions and opinions & zero aftercare support but hey who cares about ex cast, their NTA winners."

Happy Mondays star Shaun was among those to comment, saying in an interview: "No support about what? What do you need support for?"

A spokesperson for Channel 4 said at the time: "The welfare of contributors – past and present – is of paramount importance and robust protocols are in place to support contributors before, during and after taking part in the series."