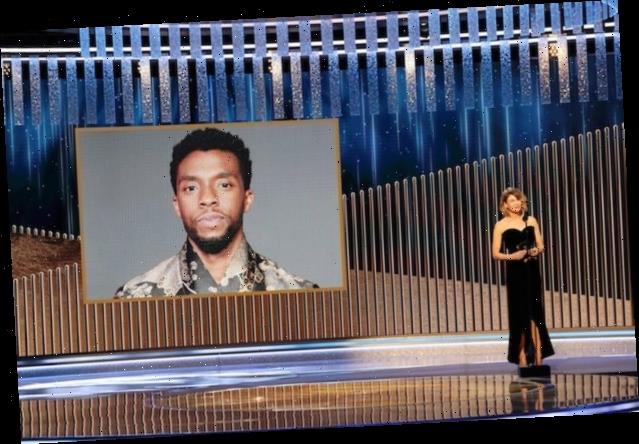 Until the Hollywood Foreign Press Association shows us how they’re going to change, any interest in whom they think deserves awards is pretty much on hold

“Nomadland” won the big awards, “Borat” beat “Hamilton” in a battle of politically-charged films and “The Crown” and “Schitt’s Creek” were the big TV winners at the 78th annual Golden Globe Awards on Sunday night.

In the grand scheme of Golden Globes news, the night’s winners are all but irrelevant. What mattered on the stages of the Beverly Hilton and New York City’s Rainbow Room, and in the homes of winners, nominees and viewers around the world, was the Hollywood Foreign Press Association’s on-stage acknowledgement that it needs to admit some Black members and become more diverse and inclusive. And the clear feeling even from presenters and winners was that they need to do so immediately.

What really matters is not the six extremely vague and marginally encouraging sentences from HPFA officials Helen Hoehne, Meher Tatna and Ali Sar during their 40 seconds on the stage, but what they do next. That’s what will determine whether the Golden Globes will have any credibility in Hollywood going forward.

Really, until they show us how they’re going to change, any interest in whom they think deserves an award is pretty much on hold.

But in a year like this one, where almost none of the nominated films have been seen in theaters, maybe the HFPA’s choices will nudge a few people toward watching films they might otherwise have missed. And maybe they will even steer a few Oscar voters five days before nomination voting begins, though it’s hard to imagine that most of the Globes winners aren’t already on the radar of any remotely conscientious Academy member.

If a voter needed Jane Fonda’s endorsement or Chloe Zhao’s heartfelt and eloquent speeches to check out “Nomadland,” for instance, something’s wrong. And if an Academy or guild member hasn’t seen “Borat Subsequent Moviefilm” by now, it’s silly to expect that member to suddenly have a change of heart just because it won two Globes.

On the whole, the Globe voters did their usual trick of spreading the love among as many films as they could, all the better to keep the studios happy. The first 11 film awards went to 10 different films, and overall the 14 motion-picture Globes went to 11 different movies — which makes it sting even more that David Fincher’s “Mank” went into the ceremony with the most nominations of any film and came out empty-handed.

On the TV side, meanwhile, they displayed an unusual acceptance of shows that have been on the air for a while: The two big winners, “The Crown” and “Schitt’s Creek,” won for their fourth and sixth seasons, respectively, which is rare for a group that likes to reward shows in their first or second years.

The biggest film surprises came in a trio of film acting categories, with Rosamund Pike winning the musical-or-comedy-actress for “I Care a Lot” over the favored Maria Bakalova for “Borat”; Jodie Foster winning the supporting-actress award for “The Mauritanian” over Olivia Colman for “The Father” and Amanda Seyfried for “Mank”; and Andra Day taking the drama-actress award for “The United States vs. Billie Holiday” over a trio of heavyweights in Viola Davis (“Ma Rainey’s Black Bottom”), Carey Mulligan (“Promising Young Woman”) and Frances McDormand (“Nomadland”). Those are the kind of idiosyncrasies you expect from Globes voters, and the kind that were mostly absent on Sunday.

But will they help those actresses going forward? None of their movies were nominated in the Globes’ best-picture categories, which means none of them got any film clips during the show, so it’ll still be a struggle — and it doesn’t help that Pike, Foster and Day were all passed over by the Screen Actors Guild voters, so they’ll have no chance to capitalize on whatever momentum might come from the Globes.

In fact, of the six actors who won Globes for their film performances — Pike, Foster, Day, Daniel Kaluuya, Sacha Baron Cohen and the late Chadwick Boseman — only Kaluuya and Boseman also received SAG nominations. (Baron Cohen landed a SAG nom for “The Trial of the Chicago 7,” but not for “Borat,” the film for which he won his Globe.)

Kaluuya and Boseman made up two-thirds of the Globe voters’ argument that they’re open to Black artists, with John Boyega from “Small Axe” the only Black acting winner in the TV categories. The show felt as if the HFPA stacked the deck in such a way as to make them look inclusive in the first half hour, giving out the first two acting awards of the night to Black actors, Kaluuya and Boyega, and then going for nine more awards before getting to the third Black winner, Boseman.

As for the telecast itself, the Globes tried hard to mount an effective show, just as the Emmys did back in September. And the hybrid live-and-virtual format was still awkward; there were still bad connections, audio dropouts and flat jokes that might have stood a better chance if there had been a roomful of people to hear them. Plus, playing people off remotely when their speeches went too long just didn’t work, and reading from a speech is even more annoying if the winner has it on the table in front of them and is showing us the top of their head.

But in the big picture, the format of the 78th Golden Globes is even more irrelevant than the winners. This was a show in which the HFPA bought itself a little time, endured a fair amount of criticism from the participants and offered a modest mea culpa. Now comes the real work, which will have nothing to do with the people who win Golden Globes and everything to do with the organization that gives them out.