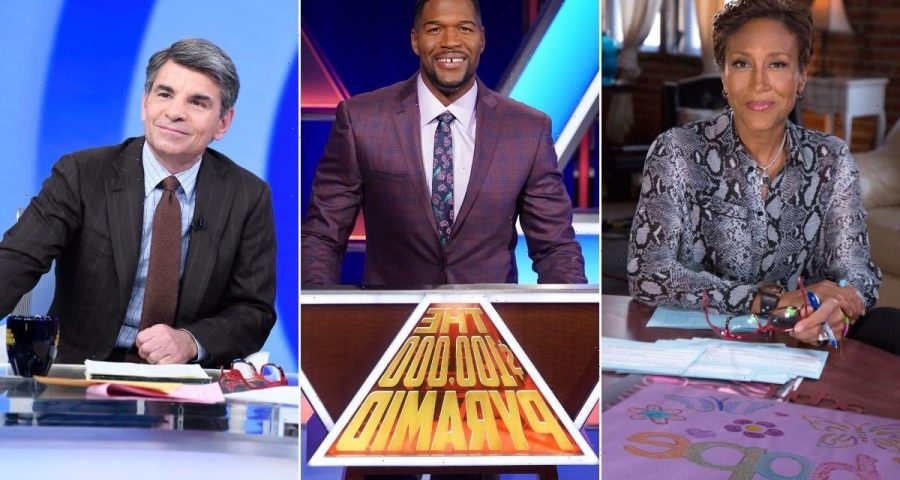 Good Morning America has become a beloved staple of the morning news circuit, with viewers having developed an affinity for its anchors.

While the hosts mainly call the lush ABC News and GMA studios home, several of them have busy careers off the show as well, even expanding to a variety of networks.

Here are how some of the hosts of GMA find other ways to get involved:

George Stephanopoulos has maintained a close relationship with ABC studios through this stage of his career after his years as a political commentator and advisor. When not hosting on GMA, he’s often working on other projects and documentaries made through his own eponymous production company, including the recently released Hulu political docu series Power Trip. On several occasions, ABC studios have collaborated with George on such projects to help provide a wider reach.

TRENDING NOW: The winner of Dancing with the Stars season 31 is…

Michael Strahan’s historic career on the field led to an equally prolific one on the screen, and has been a part of the ABC family since his days on Live with Kelly and Michael. Apart from GMA, he also has recently been hosting the network’s popular The $100,000 Pyramid. He’s also been working dedicatedly on his own eponymously-titled lifestyle brand, originally kicking off with apparel and recently venturing into skincare as well.

Robin has not only been one of the most recognizable names on morning news, but also journalism nationwide in general. That has particularly been true thanks to her many special features for ABC and, more recently, her work with her own Rock’n Robin Productions, including the show Turning the Tables with Robin Roberts, a talk show featuring several prominent celebrity guests which she hosts and produces. She’s even, on occasion, taken a couple days off here and there from GMA to work on Turning the Tables.

Lara Spencer has one of the most fun tasks on GMA as their main pop culture correspondent, although her interests vary far and wide. Having worked on Antiques Roadshow in the past as well, Lara is most prominently known for her work with HGTV, currently also producing and helming the show Everything But the House on the network.

Ginger Zee has made a big mark on the morning show as their chief meteorologist, but that position extends to the entirety of ABC. As the network’s managing editor of their climate department, she makes frequent appearances on their other shows like World News Tonight and Nightline to share important updates. Plus Ginger often keeps her schedule busy with her mental health advocacy and work as an author.

Dr. Jennifer Ashton might be best known for her appearance as one of the three co-anchors of GMA3: What You Need to Know. But she has been a frequent medical correspondent for several other shows over the years for a variety of networks. Plus, she keeps up with her background in medicine by maintaining a private practice as well.