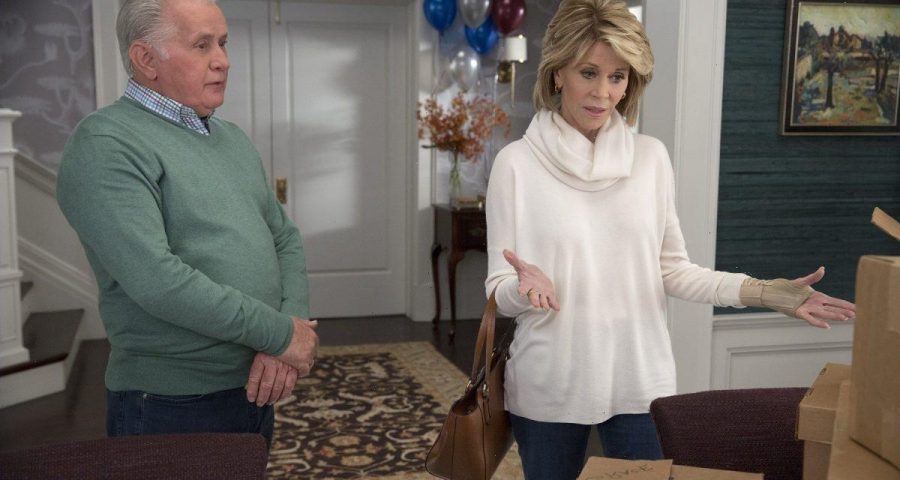 Netflix Original, Grace and Frankie, might be categorized as a comedy, but the show, now entering its final season, tackled some tough issues. Season 1 dealt with the breakdown of two marriages and the entanglement of two different families. While fans were mostly happy to see characters, Robert Hanson and Sol Bergstein, finally living the life they wanted together, it doesn’t absolve them of all of their problematic behaviors. Over the course of six seasons, Robert and Sol were terrible to their wives and terrible to each other. Fans would love to see season 7 finally tackle all of the ways Robert and Sol were actually kind of awful.

In the series opener, Robert and Sol take their wives, Grace Hanson and Frankie Bergstein, to dinner to explain that they love each other and want divorces. Fans of the series found Grace throwing seafood hilarious. Still, they weren’t laughing at the way Robert described their marriage in the following episodes.

Robert acted as if his 40-year marriage, which resulted in two children, didn’t mean much to him at all. Sure, he was in love with someone else, but the callous way he approached the end of the marriage, claiming he thought Grace would be “relieved,” did not sit well with viewers. Their relationship has changed and morphed over six seasons, but fans would love it if season 7 addressed why Robert was so emotionally detached.

While Robert emotionally detached from Grace immediately, Sol didn’t have such an easy time disconnecting from his wife, Frankie. While Sol was more in-tune with Frankie’s feelings, his behavior wasn’t all great, either. In fact, you could argue that Sol’s behavior was worse than Robert’s behavior toward Grace.

While Robert detached, Sol hung on to Frankie and forced his way into her life repeatedly. He showed up over and over again, knowing he was doing more harm than good. Grace and Frankie fans argue that Sol had serious issues respecting boundaries and was pretty selfish. While both Frankie and Sol insisted their marriage was a happy one, it would be nice to see the final season explore the boundary issues that may have existed there.

Robert and Sol both treated their exes poorly. Sadly, they didn’t treat each other much better, point out Reddit users. One user noted that Robert and Sol’s relationship was built on a lie. They continued that even after they came clean to their wives. The duo regularly lied to each other or avoided sharing important information.

For example, Robert didn’t bother to tell Sol when he used their savings; Sol lied about Carl. Both Robert and Sol seemed to lie to avoid conflict or problems. Regardless of the reason, that certainly isn’t the foundation of a healthy relationship. If the final season were to show the total breakdown of Sol and Robert’s marriage, Grace and Frankie fans wouldn’t necessarily be upset.