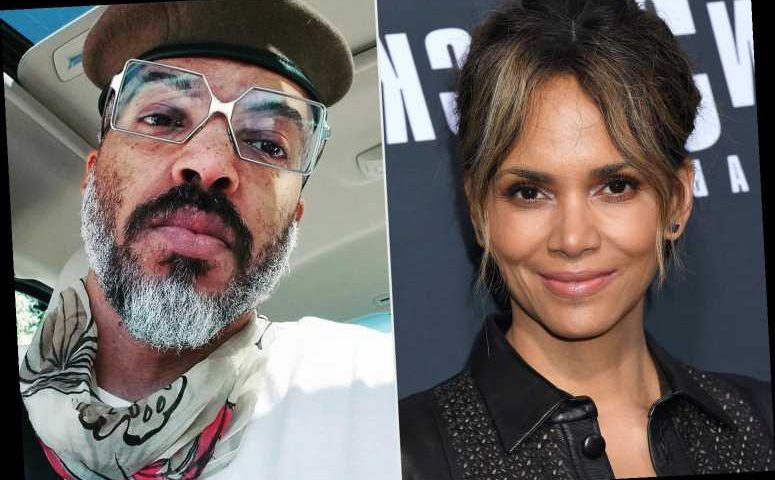 Halle Berry and Van Hunt can't seem to get enough of each other!

The 54-year-old actress shared a black-and-white photo of her lovingly wrapping her arm around Hunt, 51, while he strums on his guitar.

"I''ll be ya groupie baby, cause you are my superstar….." Berry captioned the sweet photo with lyrics from Usher's song "Superstar."

"Who's gonna watch BRIC Jazz Fest with me tomorrow?" Berry wrote. Her Grammy-winning beau is set to perform at the 2021 BRIC Jazz Fest alongside drummer Nate Smith.

Hunt previously told Entertainment Tonight that he was "a completely different person" since meeting Berry. "I can say it like that, and I think that it's improved every aspect of my life," the musician said of their relationship.

Berry gushed about her boyfriend on Valentine's Day in an Instagram post where she told her followers to ""NEVER SETTLE for less than what makes your heart sing!"

"No matter what they say or what they call you. No matter how many times you try, it's always worth it," Berry continued. "If you desire love, you will find your match, your equal ….your person…even if it takes you until you're 54!"

The pair went public with their relationship last September, around the time a source told PEOPLE that the couple had been seeing each other for "several months" and Hunt had already met Berry's son Maceo, 7, and daughter Nahla, 12.

Another source told PEOPLE that Berry and Hunt are "very successful and smart, and they seem to be in a mature relationship."

"It seems like a really good match," the source added.