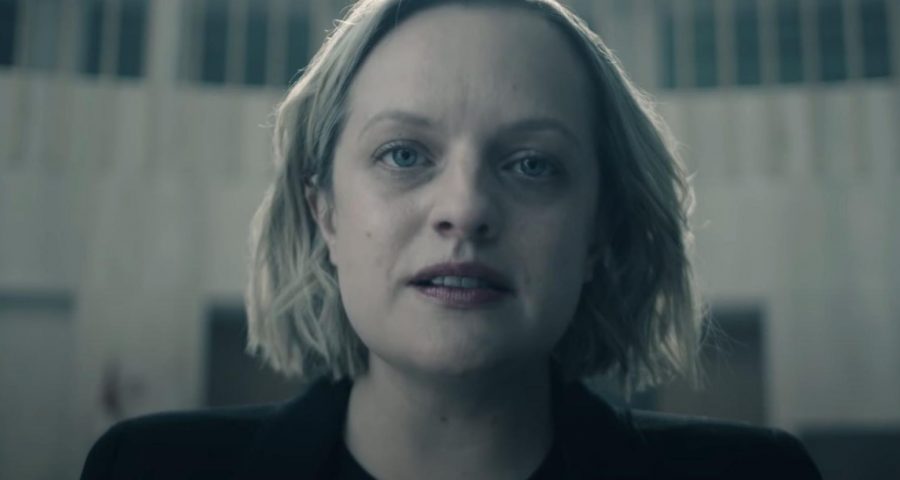 [There are spoilers ahead for this week’s Handmaid’s Tale. If you haven’t watched yet, come back to this post another time!]

The theme of this week’s Handmaid’s Tale seemed to be letting the bad guys absolutely have it. June was, of course, propelling most of this. She not only forced Emily to confront an old enemy, but she herself kept her streak of confrontation going by testifying at a hearing for Fred Waterford. It was extremely cathartic to watch June recount, in front of a judge, all the ways he terrorized her. But there seemed to be one major plot hole in Fred’s legal strategy.

Fans on Reddit thought that was a little funny that Fred and Serena are being represented by a female lawyer. Especially because women in Gilead aren’t even allowed to read. In fact, Fred’s own wife got a finger cut off for reading in front of a group of men, and he supported it! So why would he now be totally down to have a female lawyer? I believe you have to read a book or two to be able to be a practicing attorney. Do his backwards-ass views on women suddenly go away when he crosses the Canadian border? Make it make sense!

It could be a clever hiring tactic to get the jury to believe Fred is less sexist than June is painting him to be. Like, if he hired a female attorney, how bad could he really be? Or, it’s possible this will become a talking point during cross examination. It’s also possible he didn’t pick the lawyer himself?? But that seems unlikely. Either way, it’ll be very interesting to see how the show handles this (if they handle it at all).

Want more analysis on all your favorite shows? Yeah. We know you do. You can find all of our TV coverage here.