For a full decade, the Wizarding World inspired audiences with the story of a young boy who discovers he is a wizard. Author J.K. Rowling and Warner Bros. has since tried to keep the franchise alive. Yet, even waning interest in the Fantastic Beasts series hasn’t tarnished the legacy of those original eight Harry Potter films. Now one star shared how he landed his role. 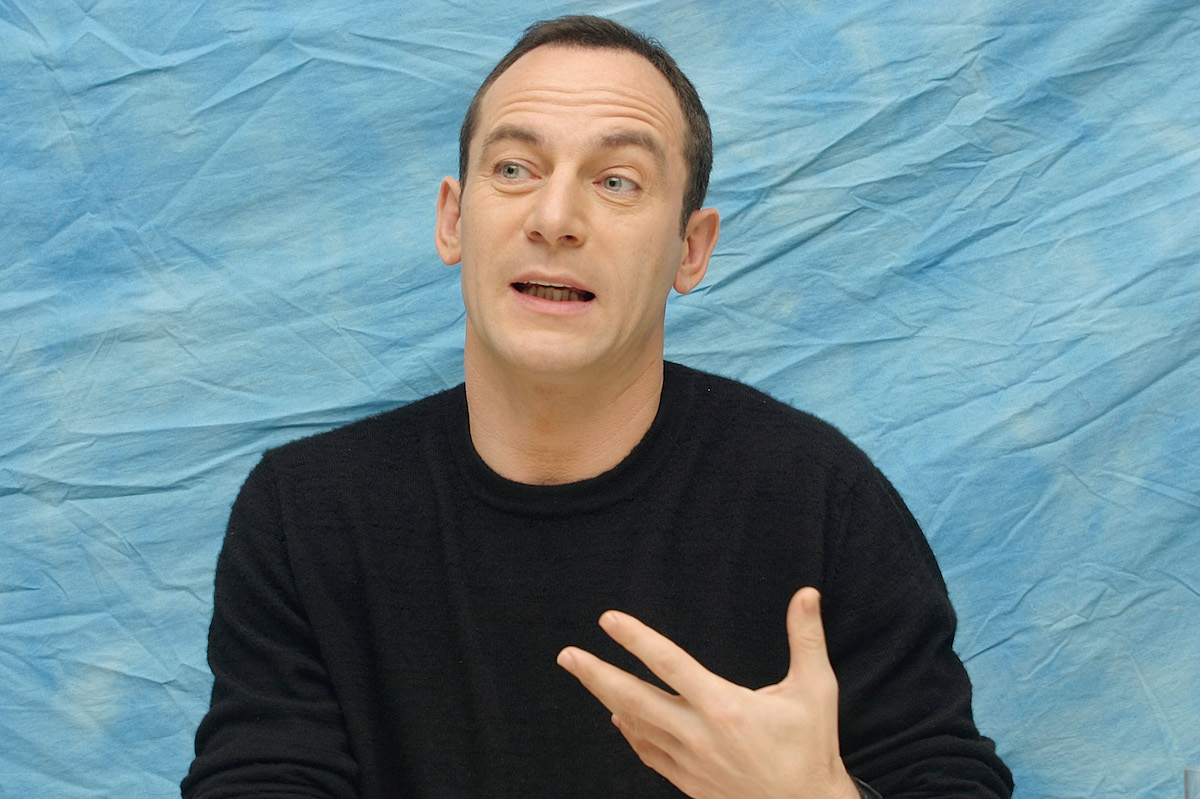 Jason Isaacs turned in an iconic turn as Lucius Malfoy

All Harry Potter fans know the true villain of the saga is Lord Voldemort (Ralph Fiennes). The Dark Lord is responsible for killing Harry’s (Daniel Radcliffe) parents. And midway through the series, Harry discovers a prophecy which reveals just how intertwined he and Voldemort really are. But, of course, He Who Must Not Be Named is far from Harry’s only adversary.

At Hogwarts, Harry regularly comes up against rival Draco Malfoy (Tom Felton). Yet, as it turns out, Draco’s father Lucius (Jason Isaacs) is the real threat of the family. Lucius remains a Voldemort support, serving him throughout the series. Isaacs clearly relishes playing such a dastardly character. But the actor just admitted he didn’t initially want the role.

But the actor almost played a different ‘Harry Potter’ character

Lucius Malfoy makes his first appearance in 2002’s Harry Potter and the Chamber of Secrets. But Isaacs revealed on The Creative Coalition podcast he initially auditioned for another role in that movie.

They asked me to audition, and I had just been offered Captain Hook in [2003’s] Peter Pan. I had to do a screen test at the studios, and it felt like it was going to be a giant movie. So they asked me to audition for Chamber of Secrets, and it was for Gilderoy Lockhart, the part that Kenneth Branagh ended up playing. And I was perfectly well suited. And I thought I was going to ace it. I went in, I read for [director] Chris Columbus and … he said, “That was wonderful. Did you read the whole script? Would you mind reading for Lucius Malfoy?”

In hindsight, it might seem odd to picture Isaacs playing the pompous Defense Against the Dark Arts teacher. Despite the deception they have in common, Gilderoy Lockhart is about as different a role as possible from Lucius Malfoy. Still, Isaacs would have brought a very different energy to it.

Isaacs won the role of Lucius Malfoy for the wildest reason

As much fun as he would eventually have playing Lucius Malfoy, Isaacs had his own reasons for hesitating to try out for the part. After all, he’d already been the villain in 2000 war drama The Patriot and was about to take on one the most iconic baddies of all time. Luckily, that frustration worked in his favor, Isaacs said.

I went outside, and I phoned my agent and I went, “He wants me to read for a different part. I’m not going to play two children’s villains. I’m about to play Captain Hook; I’m not going to do Lucius Malfoy in this. Why would I do that?” And he said, “Just go in and audition. You don’t have to take the part if they offer it to you.” And I said, “I’m not going to. I’m sorry” … Then I went in, I was seething with bitterness at being asked to do it. It’s probably why I got the part. I read Lucius Malfoy through gritted teeth.

That barely restrained rage is a big part of why Isaacs’ performance is so fun to watch. As memorable as the Harry Potter series is, it’s wild to consider how close some of its cast members were to not playing their respective roles. With Isaacs, fans certainly lucked out.