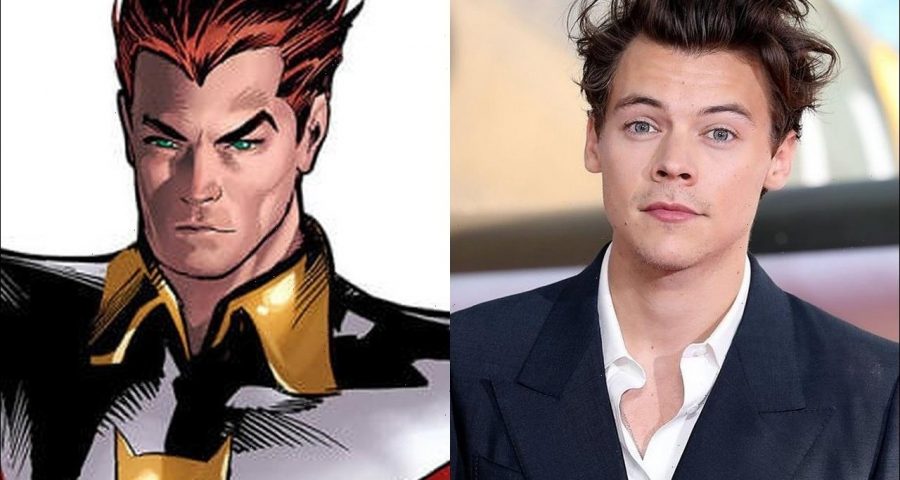 The One Director member has reportedly landed a key role in the Marvel Cinematic Universe to play Eros or better known as Starfox, the brother of Avengers’ main baddie Thanos.

According to The New York Post, news of the former One Direction star’s involvement in “future Marvel films” was shared on the red carpet on Monday night (18Oct21) at the Los Angeles premiere of Eternals.

“Big reveal from #TheEternals premiere – Harry Styles has joined the MCU as Eros, brother of Thanos,” tweeted Variety’s Matt Donnelly on Tuesday morning. The character’s big brother Thanos has been played by actor Josh Brolin in both “The Avengers” and “Guardians of the Galaxy” films. Styles is also rumoured to appear in a post credits scene as a teaser for the role.

Reps for Styles have not yet responded to requests for comment.

The “Watermelon Sugar” singer has previously starred in film, “Dunkirk“, and recently wrapped on projects “Don’t Worry Darling” and “My Policeman“.

Following on from the events of “Avengers: Endgame“, an unexpected tragedy forces the Eternals, ancient aliens who have been living on Earth in secret for thousands of years, out of the shadows to reunite against mankind’s most ancient enemy, the Deviants.

Jolie was accompanied by five of her children on the red carpet for the premiere including daughter Zahara, 16, son Maddox, 20, Shiloh, 15, and 13-year-old twins Vivienne and Knox. Zahara was pictured wearing a gown her mother previously wore in 2014 to the Oscars.

“Eternals” debuts in cinemas from 5 November.