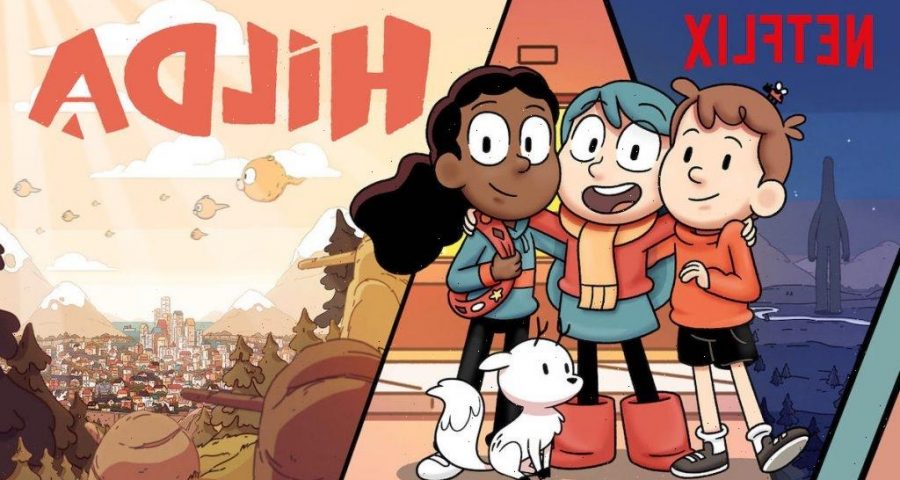 Those seeking a bit of escapism from the real world in their Netflix queue (and let’s admit, we all do this) should keep the animated Netflix series Hilda at the ready. As far as animated TV shows go, Hilda is a classic. It tells the story of an adventurous young girl who is always up for some magic and intrigue. Everything about the show is truly unique — from the fact that the main character (Hilda herself of course!) has blue hair, to the fact that she lives in an area that is somewhat similar to real-life Scandinavia. The show has a lot of treats from a visual perspective, but it is truly about processing deep emotional feelings in a way that a child can understand. It makes sense then that fans have wondered: Will there be a season 3 of Hilda?

There are some very real emotions that are dug into via this show. Don’t let the fact that it is animated fool you into thinking it is not doing a great service for children as they attempt to explore their inner emotional life and make sense of the world around them. It turns out that offering a program like this to children is actually one of the best ways to help them relate to the things that they are feeling, even if they don’t always know how to express those feelings with words.

Much of the first season of the show deals with how Hilda copes with emotions she’s feeling as she has to move from the magical forest she’s always known to the city of Trollberg. It is not easy for her to understand why this move has to be made and how she will ever make friends again while living in the city. Fortunately, she discovers that there can be just as many opportunities for friendship and fun in the city when she starts to look for them.

Will there be a season 3 of Hilda?

There is rampant fan speculation that a season 3 of this popular animated show is just around the corner. Season 2 was released in December 2020 and ever since it dropped, there has been speculation that another season is surely just around the corner. At present, it is expected that season 3 of Hilda will be available at some point in 2021 — though an exact date is not known. In fact, there is no public information from Netflix itself to confirm that this will even happen. But the ending of season 2 left the door very much open to the likelihood that a third season would indeed happen.

Netflix likes to tease out its shows like this to keep audiences hooked and coming back for more. They may go ahead and announce a release date at any time, so stay tuned to see what they come up with.

There’s plenty of other great animated shows on Netflix

Hilda has made a big splash with fans, but it is not the only animated show on Netflix that has proven itself to be watch worthy. In fact, there are a number of animated shows for kids that people are waiting on the edge of the seat to view. One example is the show Welcome to My Life. It is a show that started on Cartoon Network, but has since been taken over by Netflix. This show has a lot of crossover appeal because it has an almost documentary feel to it despite being both animated and targeted toward children.

Finally, fans of animated shows on Netflix might also want to consider Deadendia for its series of hilarious and bizarre characters. This one definitely has a certain spin to it that will appeal primarily to those with a quirky side to their personality.

RELATED: Animated Shows on Netflix That Adults Will Love