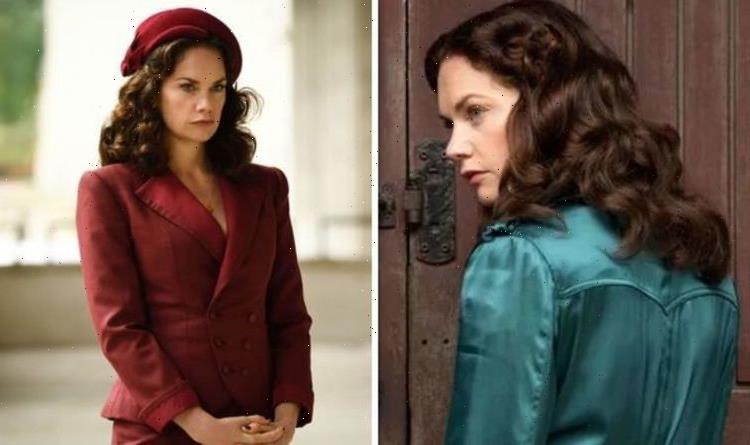 His Dark Materials: Lyra set to face danger in the North

Ruth Wilson, 40, has portrayed Marisa in the hit BBC adaptation of His Dark Materials since 2019. As the cold and manipulative mother of Lyra, Ruth has captured the depth of the complex character. Ahead of the latest series though, the actress suggested that the time seems right to wrap up the show because she is “ready to leave” the character behind.

A third series was given the green light and production wrapped up in November 2021.

Ruth’s character Marisa started off by kidnapping children for research into the nature of Dust, where she separated them from their daemon.

Her character has undergone a few transformations, though, and Ruth feels this is partly why it’s time to say goodbye to Marisa.

The series will be the final instalment, and Ruth explained why she felt it was the right time.

“I was ready to leave,” she explained before adding: “I love creating things. I’m not so good at sustaining stuff.

“Mrs Coulter is iconic, she’s brilliant, and the challenges of this season were really good because she becomes a goodie, so, how do I manage that?

“It’s a fine line to go from a fun baddie into that.”

Speaking to Empire, she talked about how children fear her because of the role.

She recalled: “My nephew watched the first season, and that Christmas he looked at me in a different way.”

Meanwhile, fans will be eager for the series to tie up loose ends from the last.

Series two, which aired in December 2020, ended with the true identity of Lyra Belacqua (played by Dafne Keen) revealed.

Lyra also realised once again she could not outrun her mother, Mrs Coulter.

The final episode, titled Malice, started with Mrs Coulter in Cittàgazze as she was determined to track Lyra and Will Parry’s (Amir Wilson) movements.

Lee Scoresby (Lin-Manuel Miranda) and Will’s father, John Parry (Andrew Scott) had crash-landed in the alternate world and were trying to escape from the soldiers of the magisterium who were hot on their tail.

Not too far away, the witches continued to protect Lyra and Will and had agreed to help Will locate his father.

Things quickly took a turn for the worse when Mrs Coulter came across one of the witches in Cittàgazze, who revealed Lyra’s true identity as Eve – ‘The Mother of All’.

Fans were also distraught to see Lee and his daemon Hester (Cristela Alonzo) sacrifice themselves so that John Parry could continue his journey.

They had been tracked down by the soldiers of the magisterium and he ended up being shot in the leg.

He offered to stay behind and fend off the rest of the soldiers so John could run ahead and find the bearer of the Subtle Knife.

Knowing he was dying, he called on the help of witch Serafina Pekkala (Ruta Gedmintas), but he died before she could reach him.

No official date has been announced for the third series of His Dark Materials, and previous seasons are available to stream on BBC iPlayer.