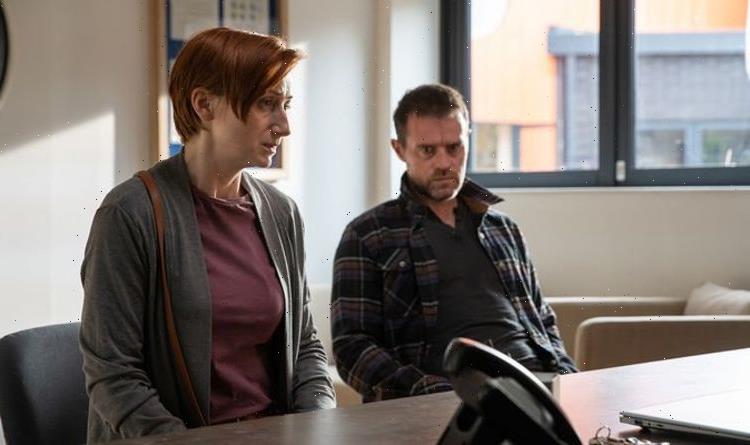 Hollington Drive has been airing on ITV and the thrilling mystery TV series has left fans with plenty of questions. Theresa (played by Anna Maxwell Martin) and her sister Helen (Rachael Stirling) have been caught up in the disappearance of a local schoolboy. Writer Sophie Petzal explained the dynamic of the different families on Hollington Drive.

Is Hollington Drive a true story?

Hollington Drive is a new miniseries giving insight into the chequered lives of families living in the seemingly perfect street.

Viewers have since found out they are all holding their own dark secrets, and Theresa and her son Ben (Fraser Holmes) are at the heart of it all.

Following the disappearance of local boy Alex, Theresa is worried her son was responsible for what happened.

After the first episode, it was not known whether Alex was dead or alive, but the second episode revealed more.

Ben opened up about what happened to Alex and he revealed the young boy had been found unresponsive in the woods.

They had tried to perform CPR but Eva (Amelie Bea Smith) said the police would think it was them who killed Alex.

Scared they would get into trouble, they hid his body in the water and took his phone.

Fans are curious to know whether the series is based on a true story, and the short answer is no.

However, the concept of families torn apart by a tragic event is a popular one and it sadly happens regularly.

Sophie addressed whether class differences had been something she was keen to address in the new drama.

She said: “I think the thing that struck me was you notice who gets sympathy often in real life and who doesn’t.

“And who gets the blame when things happen and who doesn’t. And this is not an original thought by any stretch.

“But there are people who hold themselves in life as if these things just don’t happen to them.

“They try to create a lifestyle that seems impenetrable but you are just real people with kids and flaws and troubles and pasts.

“And I felt like that as a good starting point. It felt interesting to go into the family who are the victims of this ongoing disaster, Jean and Gareth.

“And depict them as not being in the same bubble as these two sisters and at first judgements are cast upon them.

“How did they not know where their kid was? I reflect stuff like that into things that I do, these are things that I think about.

“No drama, nothing goes without context and so you sort of have to apply a kind of a context to it. I hope it makes it all the more interesting.”

Episode two created more conflict for the two sisters as they both wanted to believe their children were coerced into hurting Alex.

Helen believed Ben had bullied her daughter Eva into disposing of Alex’s phone.

Meanwhile, Ben was adamant it was Eva who forced him to hide Alex’s body, as she hated him so much.

Speaking about the Helen and Theresa relationship, Sophie said: “I had been thinking a lot about sisters.

“I have a sister, I am a sister and that’s probably the most important relationship in my life. It’s not one I really see depicted on television all that much.”

Hollington Drive airs on Wednesdays on ITV at 9pm.