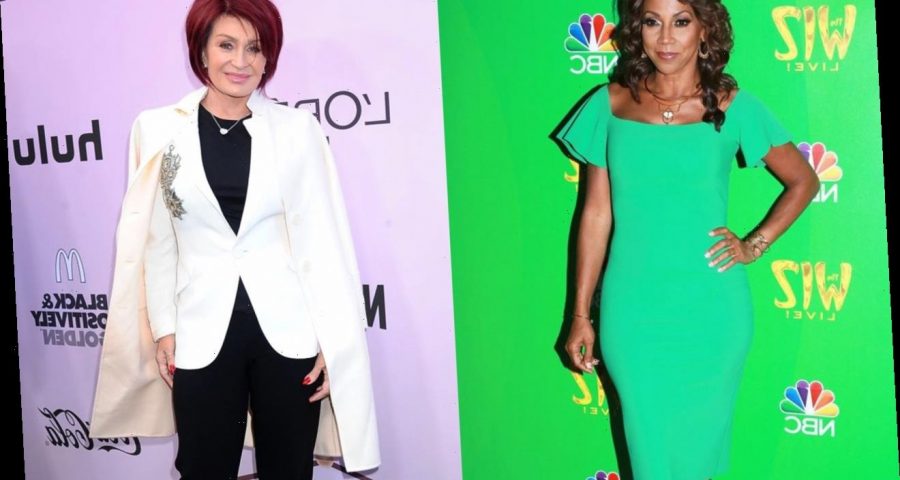 Holly actually isn’t the first to accuse Sharon of making such comments as back in 2012, fellow former ‘The Talk’ co-host Leah Remini echoed her allegations against the wife of Ozzy Osbourne.

AceShowbiz –Holly Robinson Peete claimed that Sharon Osbourne had something to do with the fact that her contract on “The Talk” was not renewed. The former co-host of the morning talk show, who was among the show’s original panelists alongside Sarah Gilbert, Julie Chen, Marissa Jaret Winokur and Leah Remini, shared on a tweet that Sharon said she wasn’t fit for the show because she was “too ghetto.”

“I’m old enough to remember when Sharon complained that I was too ‘ghetto’ for #theTalk…then I was gone,” the 56-year-old wrote on Twitter on Friday, March 12. “I bring this up now [because] I was mortified watching the disrespectful, condescending tone she took w/her co-host, who remained calm & respectful because…she HAD to.”

Holly Robinson Peete claimed Sharon Osbourne got her fired for being ‘too ghetto.’

Prior to this, Holly responded to a fan writing on Wednesday, “No one listened when Holly Robinson Peete called out Sharon Osbourne’s thinly veiled racism. And now it’s right here on Twitter for all to see. Believe Black women.” Writing back to the person, Holly said, “The question is if someone defends, excuses or protects racist behavior is that ever OK?… I don’t think so.”

Holly actually isn’t the first to accuse Sharon of making such comments. Back in 2012, Leah alleged that Sharon got her and Holly fired from “The Talk” because she thought they were “ghetto.” Sharon vehemently denied the claims at the time, writing on Twitter, “In response to Leah Remini’s continuous comments that I had her fired from @TheTalk_CBS, let me just go on the record to say, I had absolutely nothing to do w her departure from the show & have no idea why she continues to take to Twitter to spread this false gossip. Leah knows that I have never been in the position to hire or fire anyone on the show.”

Holly’s new tweet about the allegations against Sharon arrived after the latter was under fire following her heated argument with co-host Sheryl Underwood. In a recent episode of the show, Sheryl called the wife of Ozzy Osbourne racist for defending Piers Morgan who is known for verbally attacking Duchess Meghan Markle.

“I very much feel like I’m about to be put in the electric chair because I have a friend, who many people think is a racist, so that makes me a racist?” Sharon questioned while in tears. “Don’t try and cry because if anybody should be crying, it should be me,” Sheryl told her.