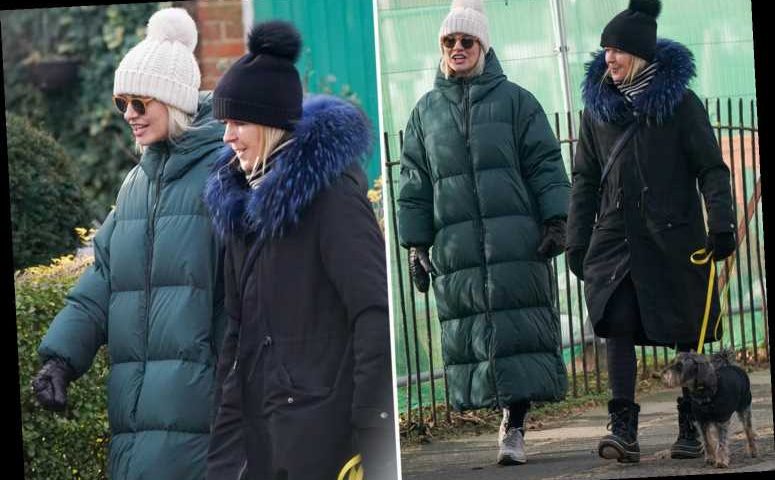 HOLLY Willoughby wrapped up in a £760 coat to meet a friend for a Valentine's Day walk.

The This Morning star, 40, braced for the biting cold as she donned a huge coat with the words "LOVE" written on the back. 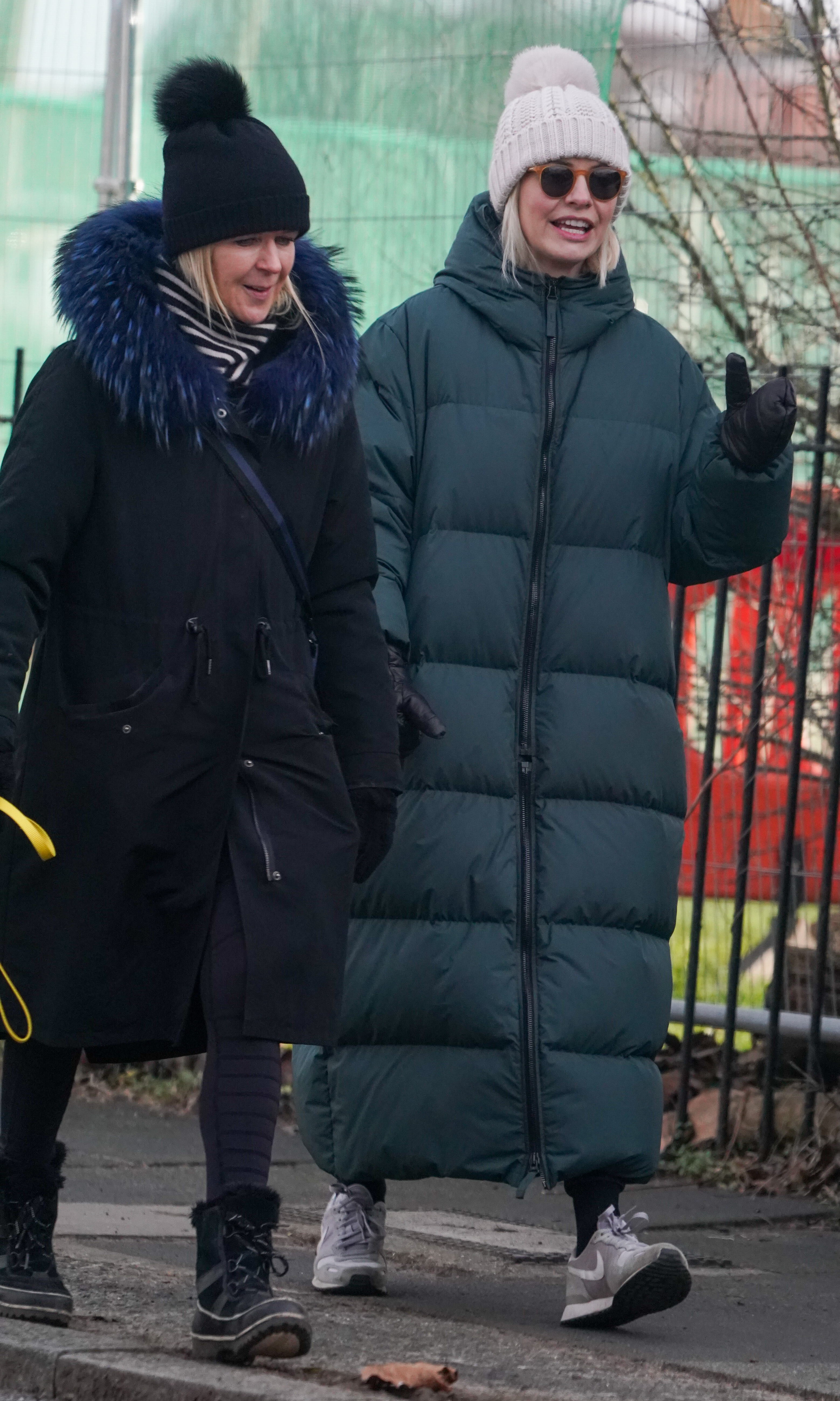 Holly completed the look with black gloves, a white bobble hat and a pair of sunglasses.

Meanwhile, her friend wore a black coat with a frilly blue hood, alongside a black bobble hat.

The pair walked a dog as they chatted happily on their Valentine's Day walk.

Earlier, Holly was on a walk with her eldest son Harry, 11. 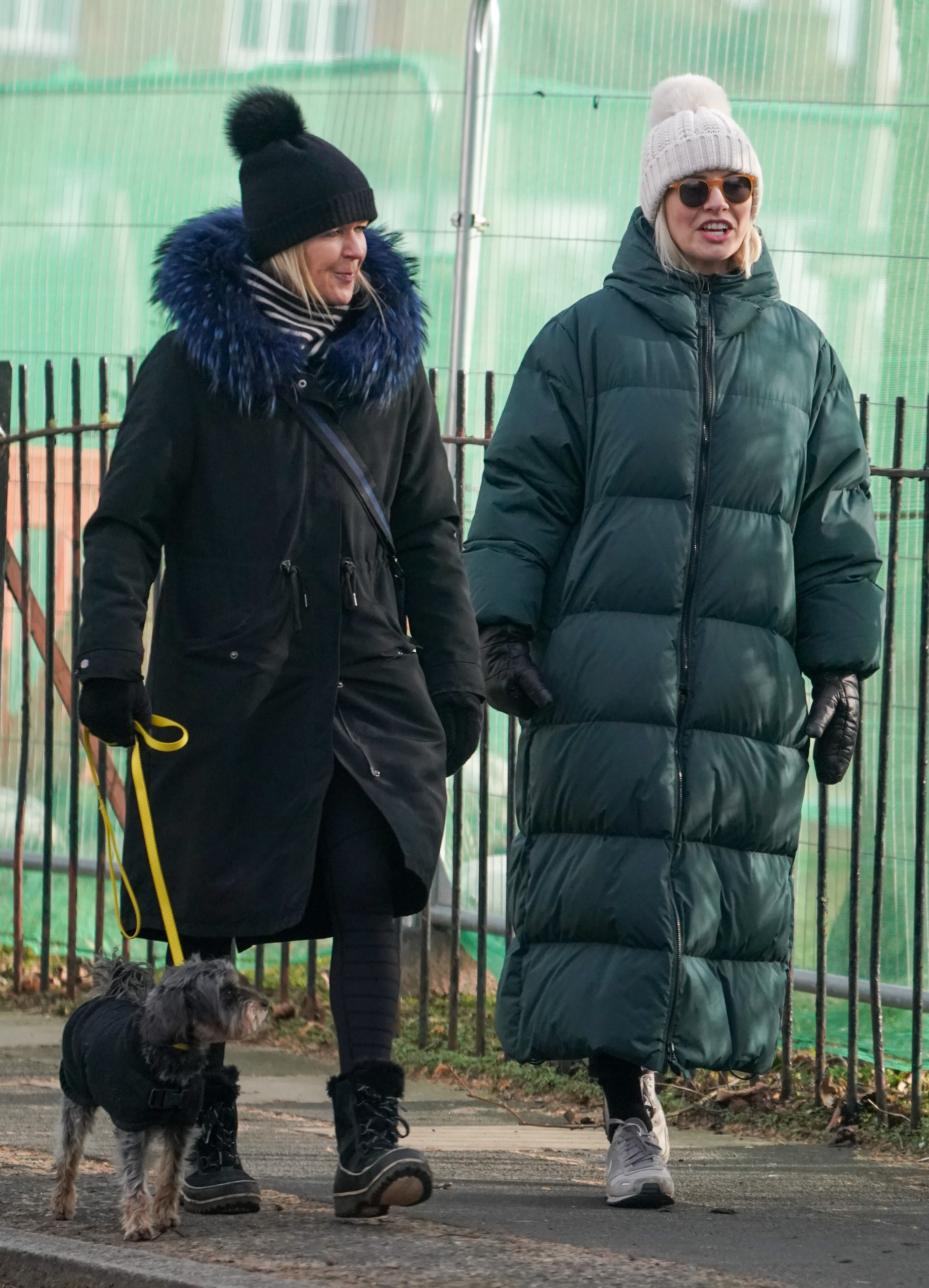 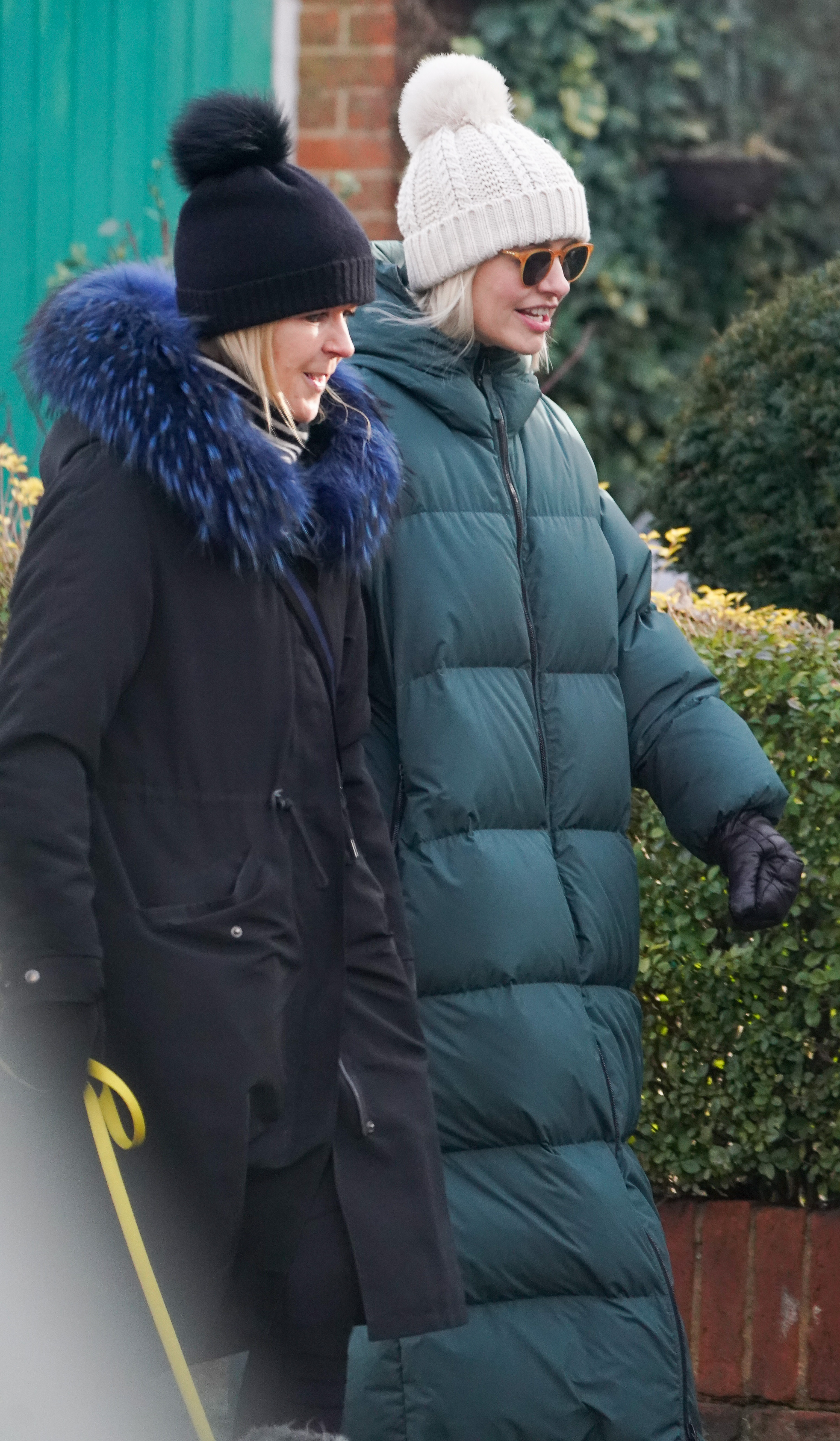 Missing on this Valentine's Day walk is husband Dan Baldwin – who she married in 2007 – and kids Belle, nine, and Chester, six.

It's been a big week for Dancing On Ice presenter Holly as she celebrated her 40th birthday with a huge on-screen celebration.

She thanked her "best friend" and co-host Phillip Schofield, 58, in an emotional message and everyone else who made the birthday "special".

Pictured smiling next to two birthday cakes made by This Morning's resident cook Juliet Sear, the mother-of-three penned and emotional message. 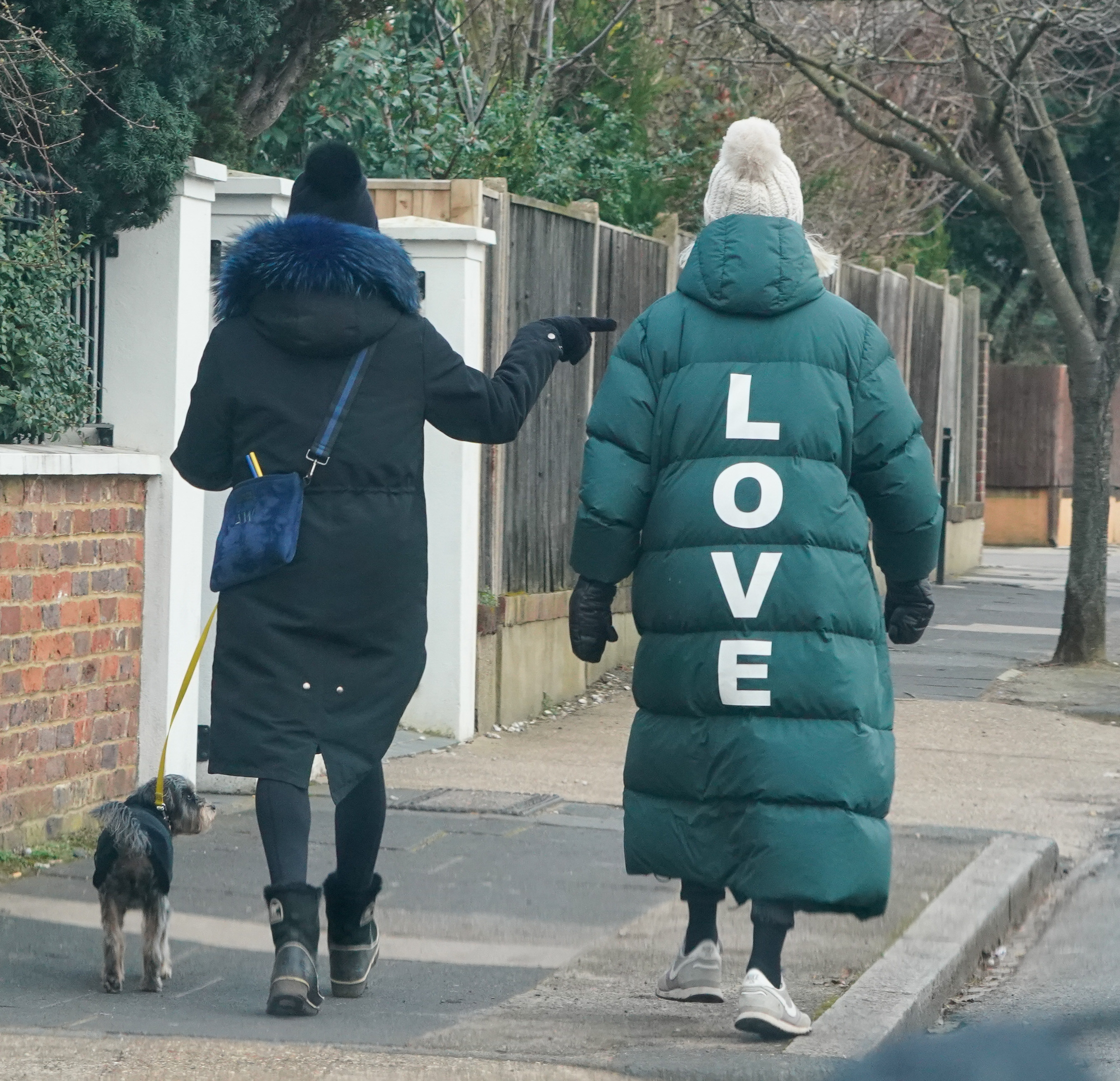 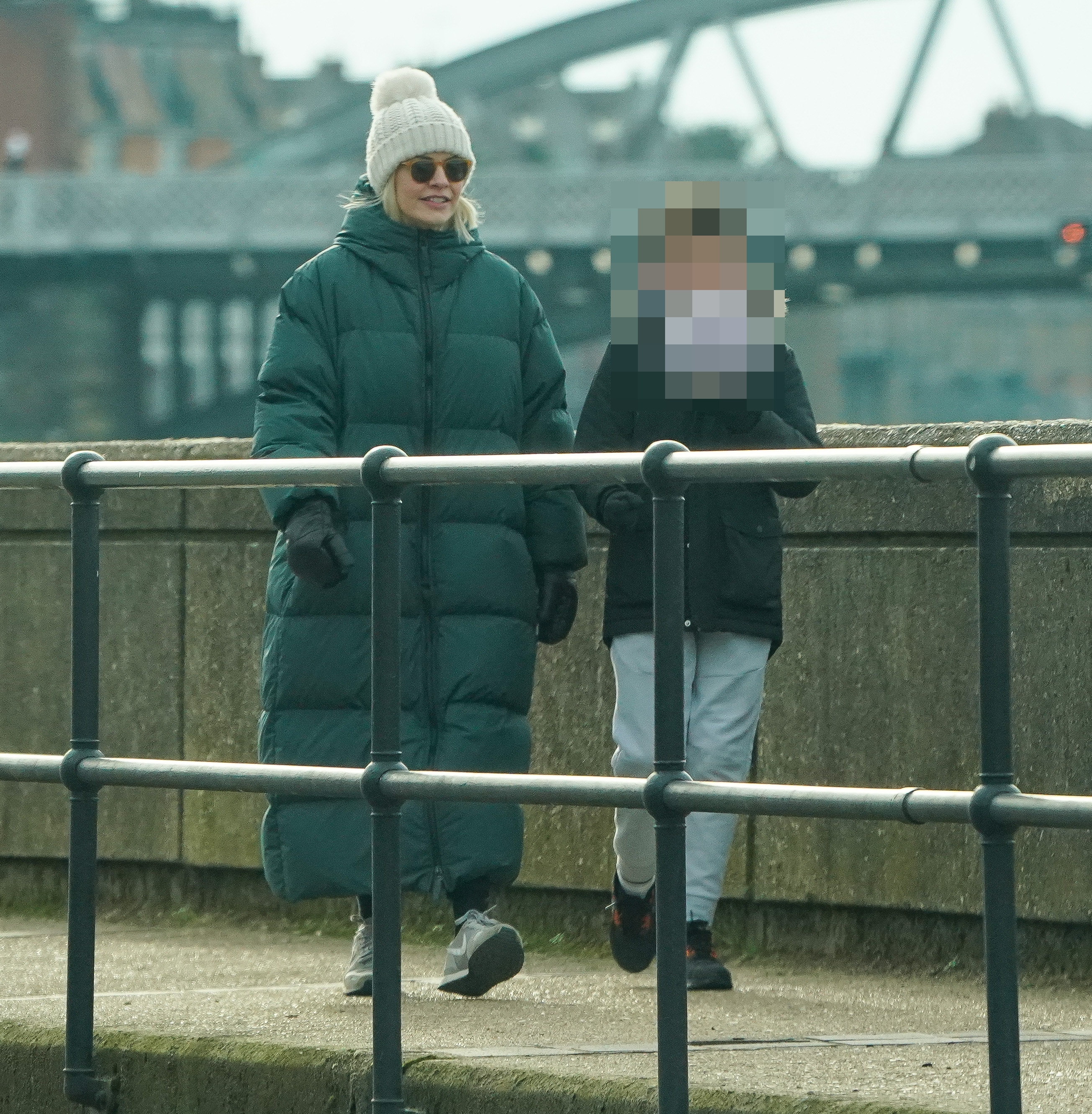 "So many thank you's for yesterday, hard to know where to begin," Holly wrote. "Everyone at @thismorning, our amazing producer Ashley and Editor @martinfrizell for making it so so special.

"[Phillip] for being the best friend and spoiling me rotten. So many memories were made, feel totally blessed and ready to take on this next decade."

Holly went on to detail how one of the cakes had sentimental value, reminding her of her family who she "misses hugely".

"Not one but two cakes!" she wrote. "One with real emotional attachment that connects me right back to my family who I miss so hugely, especially yesterday. 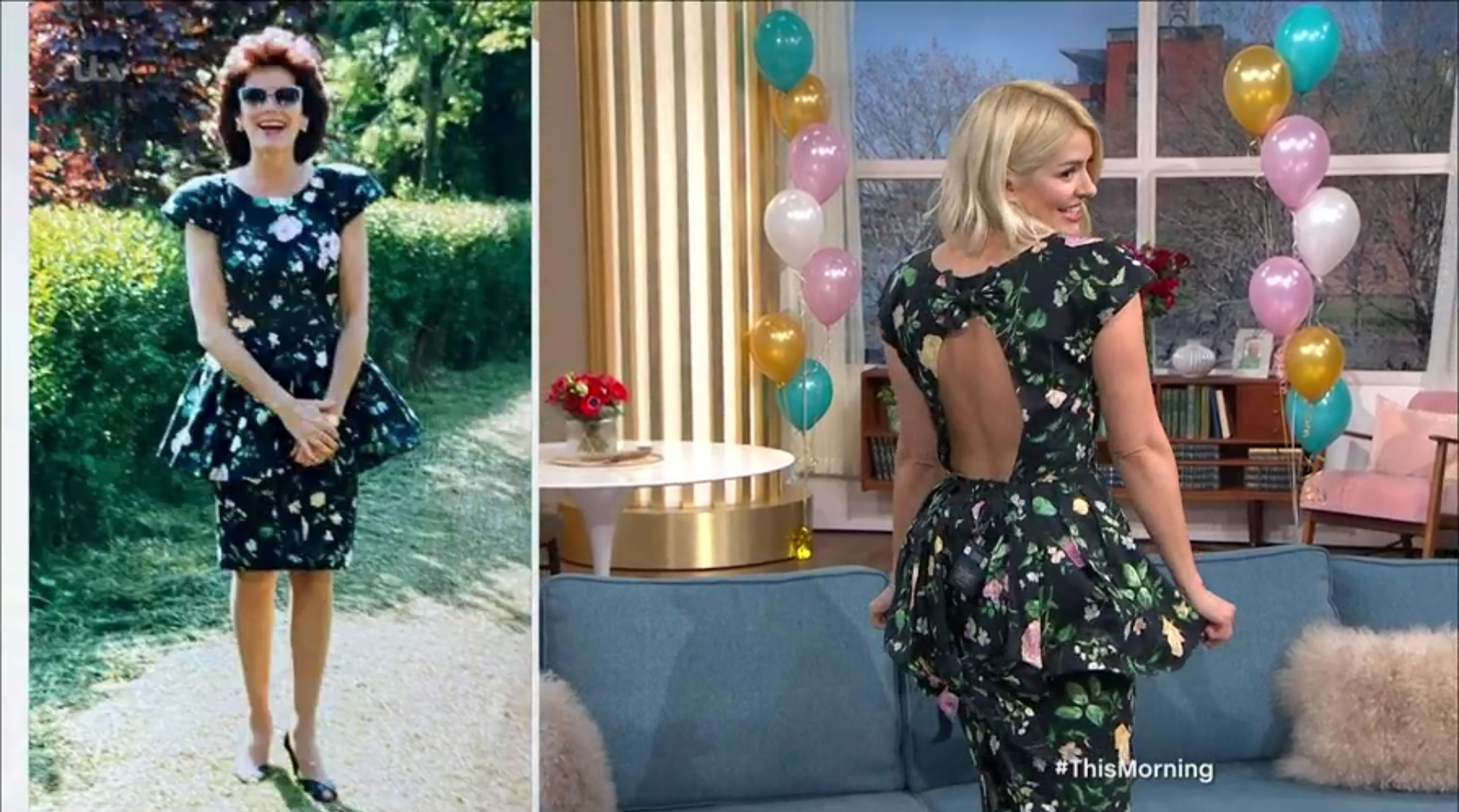 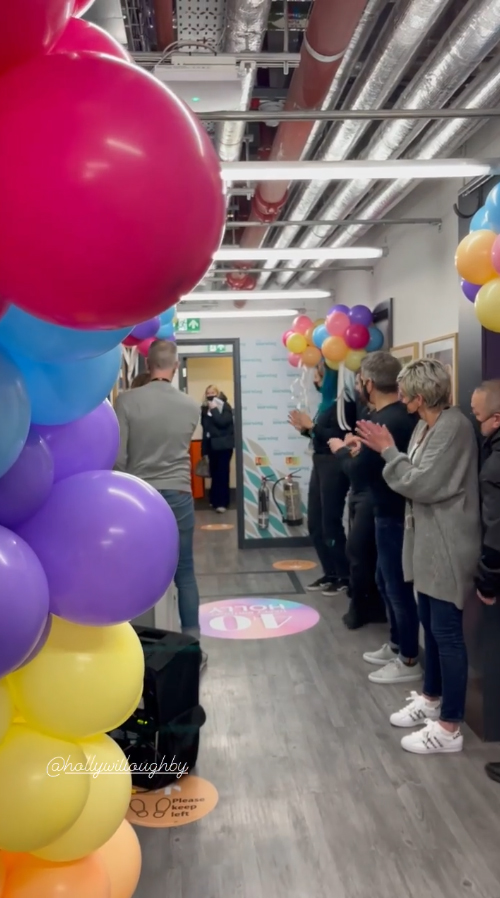 "The second was probably the most beautiful cake I've ever seen. An edible crystal, couldn't be more me!"

She celebrated on air by drinking champagne, tucking in to her cakes and breaking down in tears during a special message from her teenage crush Paul Young.

Holly started off the day in floods of tears as she was welcomed backstage by a tunnel of balloons.

The blonde beauty was overwhelmed by the sweet gesture and began to well up with tears, joking: "I'm going to spend all day in tears."

Later, to mark the occasion, Holly wore the exact same dress her mum did on her 40th birthday to celebrate the milestone.