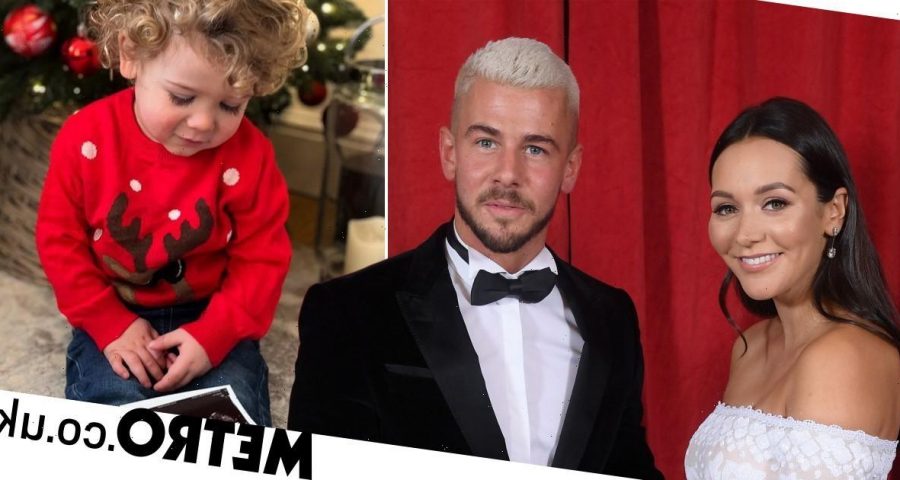 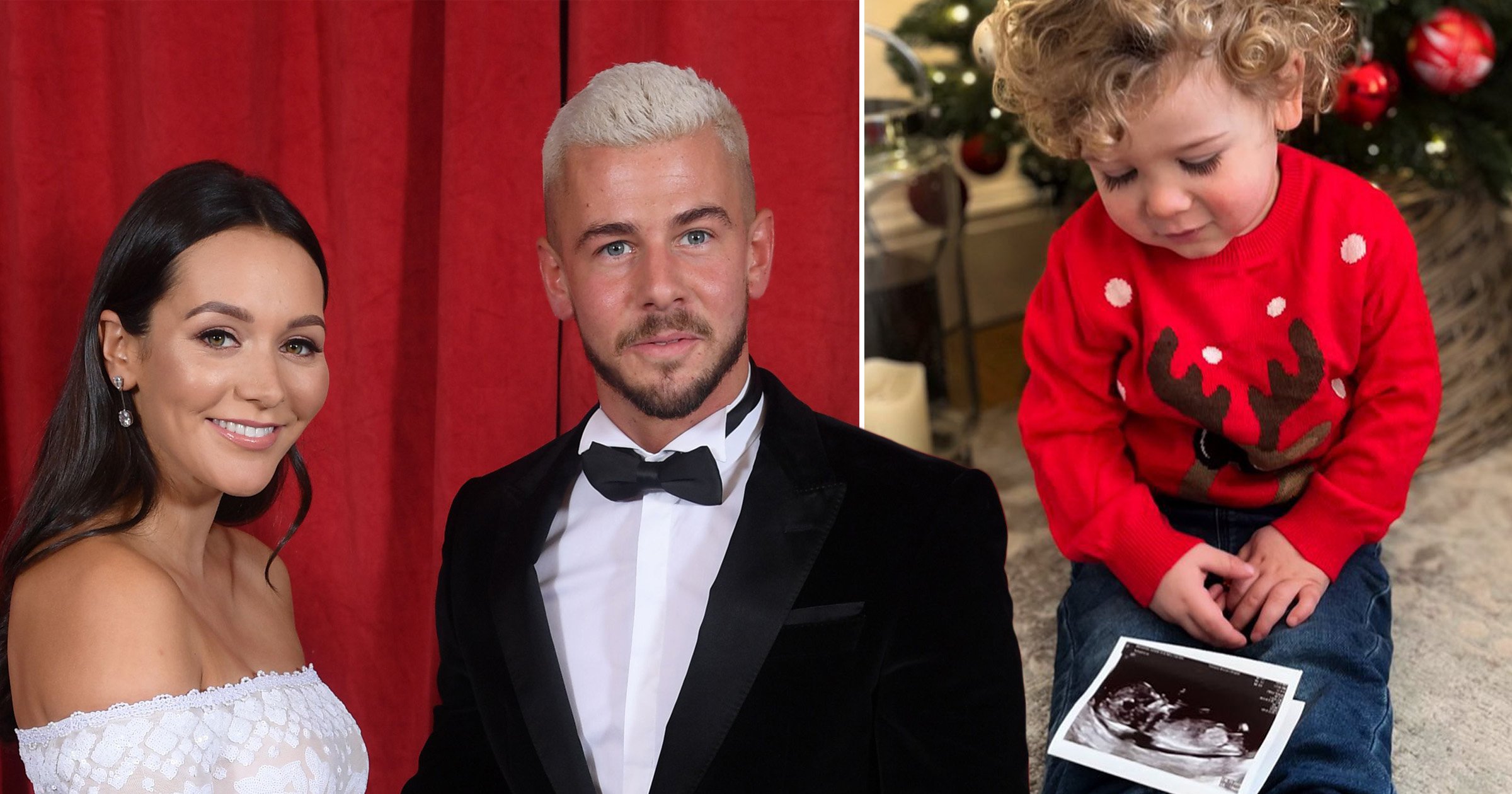 Nadine Mulkerrin and Rory Douglas-Speed have revealed they are expecting their second child with a sweet post of their two-year-old son holding a baby scan.

The Hollyoaks stars announced the news on Instagram over Christmas, with their son Reggie seen gazing at the ultrasound photo of his new sibling.

Rory, 29, also shared a similar snap of the toddler smiling, as well as a picture of Nadine decorating the tree with her bump on show in a tight black vest top.

He also posted a video of Reggie running riot in their home, tossing the scan picture around as Nadine commented: ‘Reggie, that’s not very nice, is it?’, before the toddler repeatedly jumped on the photo with both feet.

Rory joked: ‘Well. Here we go again…. I think Reggie is warming to the idea of having a little brother or sister.’

Nadine, who stars as Cleo McQueen, has been engaged to Rory, who plays Joel Dexter, since 2018.

She previously opened up about how amazing Rory had been during lockdown with their then months old son.

Speaking to OK!, Nadine revealed: ‘Reggie was six months old when we got the first lockdown from Boris [Johnson].

‘In some ways, I kind of miss that feeling of being in our little bubble and, obviously, Rory was off work, which was a massive help.

‘I was thinking, God, if he was filming seven till seven, I don’t know how I would have coped! We were a little team, we just really got to soak in those newborn moments and enjoy Reggie together.’