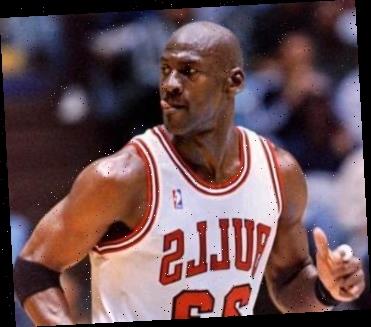 National Basketball Assn. legend Michael Jordan was not an easy sell on the docuseries The Last Dance. Producer Mike Tollin told a Producers Guild panel of Non-Scripted Television producers that the NBA had kept 500 hours of footage from Jordan’s final season,1997-1998, pending Jordan’s approval to release it.

Tollin said he had to pin Jordan down for a meeting, then finally convinced him by saying, “Every day, people come to my office wearing your shoes who’ve never seen you play. It’s time.”

When Tollin and director Jason Hehir interviewed Jordan, the athlete opened up about friction between teammates and associates outside of basketball. Tollin said episode seven of The Last Dance shows Jordan at his most vulnerable.

“He says, ‘All I wanted was to be the best basketball player I could be. All I ever asked of all of my teammates was no more than I asked of myself.’” Tollin said. “He leans over with tears in his eyes and says, ‘Break.’ You saw how emotional he was and realized his version of greatness was take no prisoners, leave no stone unturned.”

“I think we got 24-ish out of 26 maybe of the folks that we wanted to talk to because there wasn’t that concern about how do we look on camera?” Suffern said. “We were also able to incorporate the voices of those who weren’t able to participate and those who weren’t with us anymore: Joni Mitchell had health issues, but wasn’t going to be able to do an interview alongside Mama Cass Elliot, Jim Morrison [along with] Neil Young and all the other folks that did do interviews with us.”

Tiger King: Murder Mayhem and Madness made celebrities out of Joe Exotic and Carole Baskin. Producer/co-director Rebecca Chaiklin said their desire for notoriety led them to confess to crimes on camera.

“They were the biggest narcissists I ever met in my life,” Chaiklin said. “They kind of wanted to be on camera more than they wanted to stay out of jail.”

Mario Tabraue was a little more reluctant to open up. Chaiklin said she and producer Eric Goode earned his trust by sharing stories of their wild experiences with the drug culture in nightclubs Goode owned and in which Chaikin worked.

“He slowly warmed up and then it became incredibly cathartic,” Chaiklin said. “He’d never told this story and we couldn’t stop him from talking. It was crazy. He’d tell us the most graphic details.”

McMillion$ producer/co-director Brian Lazarte had a different challenge getting subjects to open up. The HBO docuseries is about fraud perpetrated on the McDonald’s Monopoly game. Lazarte got the FBI to talk about their investigation, but spent more time convincing the contest winners indicted for fraud and the McDonald’s corporation.

“If we only told the FBI’s point of view in this story, it would really skew a relatability we felt we would earn by talking to all the subjects that became federal criminals,” Lazarte said.

Lazarte said it took many phone calls and visits by him and codirector James Lee Hernandez to earn the winners’ trust. McDonald’s took 18 months.

“There was turnover,” Lazarte said. “We got to a point where we were okay, then someone else took over the position of making that decision. Oh, we’re back to square one.”