If the mixed reviews and petition calling for the entire season to be remade are any indication, “The Bells” has the dubious honor of being the most divisive episode in “Game of Thrones” history. Depending on how tonight’s series finale turns out, it may also be remembered as the most definitive: the one in which the show’s heroes, villains, and everyone in between finally revealed who they truly are.

Some couldn’t be swayed by their better angels, others managed to turn away from the dark path they’d been walking, and others still were killed by their own creation. The tide had so strongly been in the good guys’ favor over the last few seasons that many fans have forgotten what this kind of devastation felt like — and perhaps even tricked themselves into believing that we were being guided toward a positive outcome. As the eminently hateable Ramsay Bolton put it way back when, however, “If you think this has a happy ending, you haven’t been paying attention.”

A second viewing of the episode brings much into focus, most notably its brutal depiction of war. George R.R. Martin has said that his views on the subject “permeate” his novels and that “war is so central to fantasy, so much of high fantasy, and yet it’s these bloodless wars where the heroes are killing unending armies of orcs and the heroes themselves are not themselves ever being killed…if you’re gonna write about war and violence, then show the cost. Show how ugly it is.” (Martin, it’s worth pointing out, was a conscientious objector to the Vietnam War.)

If nothing else, “The Bells” showed that ugliness. There’s the fact that Daenerys razed King’s Landing from atop a fire-breathing dragon, of course, but nearly as disturbing was the sight of Lannister soldiers being mercilessly killed after throwing down their weapons. A quick scene shows one combatant nearly split in half with a sword, another getting his fingers cut off, and another still decapitated — all within the span of a few seconds, with no visual detail spared. 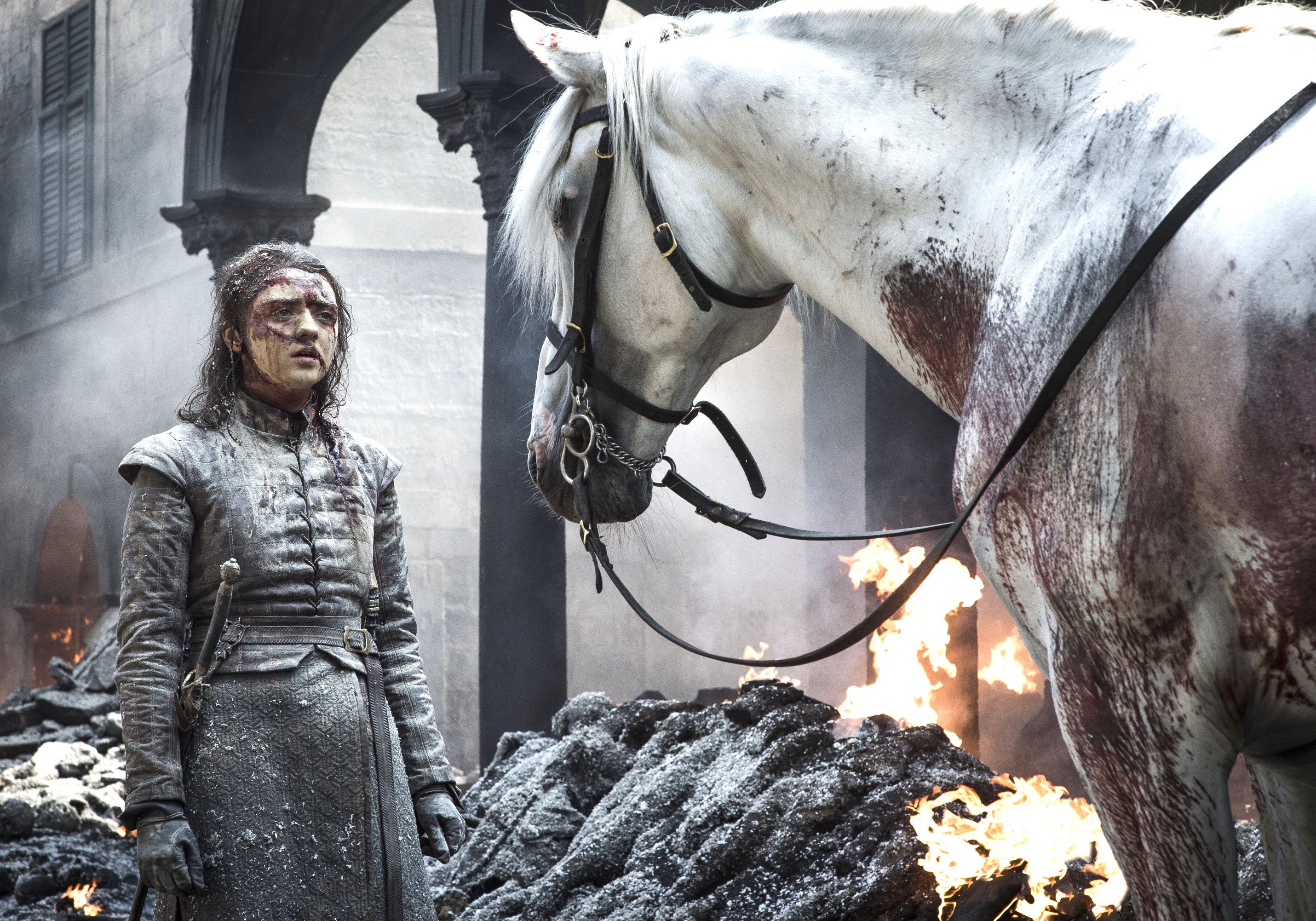 Even once the point is made, neither Dany nor the episode itself relent. The one-sided slaughter keeps going far past the point of discomfort, dwarfing every other atrocity we’ve heard about and seen in the preceding 70-plus episodes as soldiers and innocent civilians (many of them children) alike are indiscriminately mowed down. This is what we’ve been wanting for so long — the King in the North and the Mother of Dragons descending on King’s Landing to wrest control of the Iron Throne from Cersei — and what may be the series’ last great twist brings new meaning to that famous Oscar Wilde quote: “There are only two tragedies in life. One is not getting what one wants, and the other is getting it.” As Cersei says moments before her death, not like this.

All of which brings us to “John Wick: Chapter 3 – Parabellum.” To say that the third installment in this bloody franchise takes a more cavalier view of violence would be putting it lightly, as the eponymous hitman played by Keanu Reeves kills scores of nameless bad guys without a second thought — usually with a well-placed bullet to the head. This is nothing new in action movies, nor is it worthy of condemnation in and of itself, but it certainly was difficult to enjoy just a few days after “The Bells” reminded us how ugly vengeance can be.

This would appear to be a minority opinion, as “Parabellum” dethroned “Avengers: Endgame” at the box office this weekend by raking in $57 million — nearly double the initial take of its predecessor — and has been greeted warmly by critics. Excessive though they may be, the film’s many fight scenes are certainly well choreographed, and anything that’s good for Keanu is ultimately good for all of us. In never questioning whether any of John Wick’s many, many kills are worth it or even attempting to show what effect (if any) they have on his psyche, however, “Parabellum” does a disservice to both its hero and its audience.

There’s no doubt that watching Keanu dispatch anonymous baddies by the dozen is more fun than seeing Daenerys give in to her worst impulses, but should it be fun? Perhaps this is all a coincidence of timing and only a fuddy duddy would even ask that question of what’s clearly meant to be a mindless popcorn movie, but it’s also testament to the lingering effect of an episode that has been unfairly dismissed as a failure of writing that betrays one of its most beloved characters. “John Wick: Chapter 3” may be a crowdpleaser, but I’ll have forgotten about it long before I’m able to shake the image of Daenerys’ face as she makes the most fateful decision in the entire history of a fictional world built on — and destroyed by — them.