WE first met and fell in love with Rylan Clark-Neal during his stint on the X Factor in 2012.

He's since gone on to become a huge TV star and is now taking on a key role in the Eurovision. Here's all you need to know about the popular presenter… 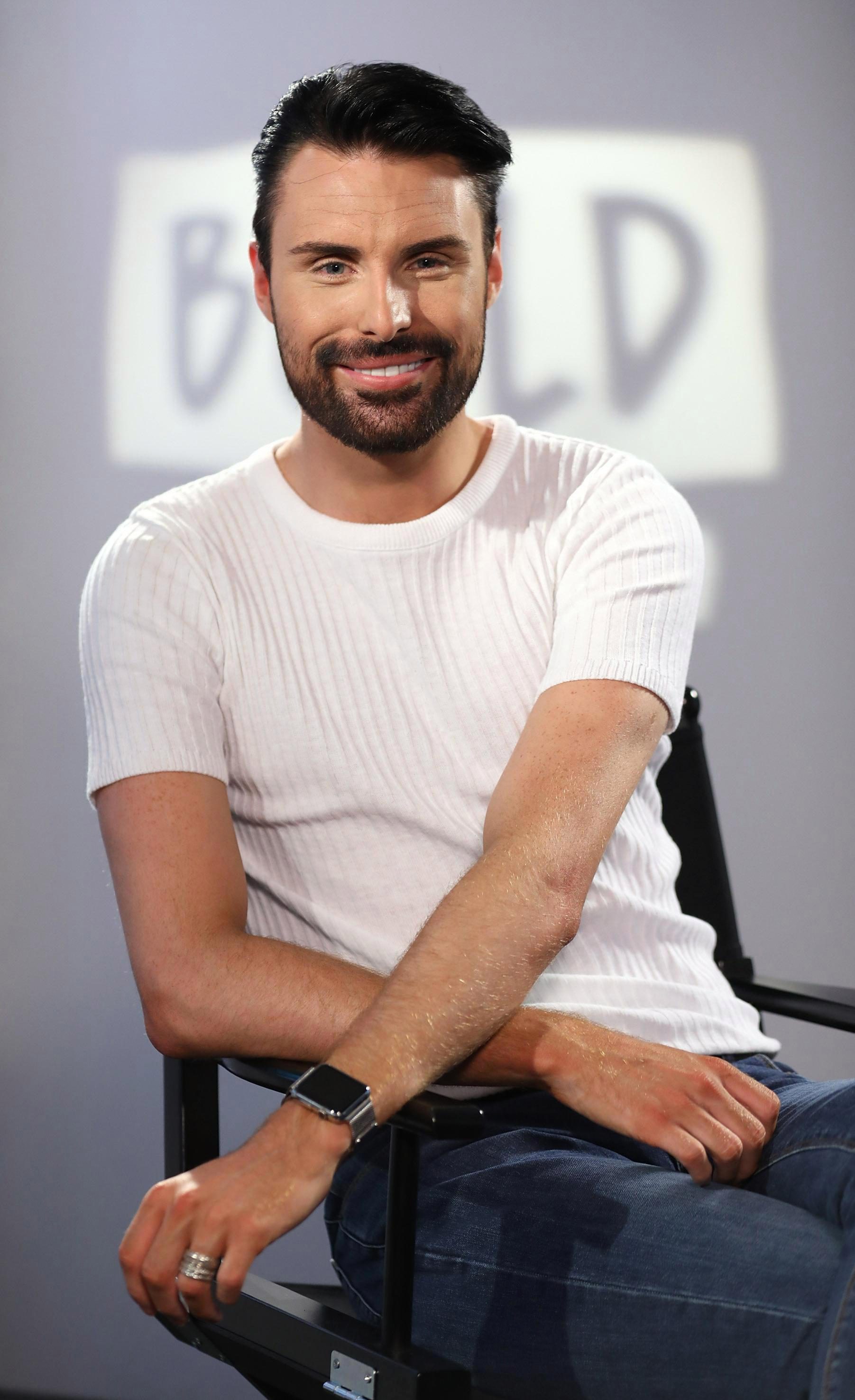 Who is Rylan Clark-Neal and how did he find fame?

He grew up in Stanford-le-Hope, Essex, and was raised by mother Linda Clark and his older brother Jamie.

He became a part-time model from the age of 16 and it was during his early modelling career that he adopted the stage name "Rylan".

In 2007, he applied for Big Brother 8, but revealed "the day I was going in, it got taken away from me because it got leaked to the press. It was devastating."

He was in several Take That and Westlife tribute bands in Ibiza and was also part of a Spanish boy band called 4bidden until January 2010.

In 2011 Rylan was a finalist on the Sky Living modelling competition Signed by Katie Price, finishing as runner-up behind Amy Willerton.

Rylan and Katie have since maintained a strong relationship, and she often guest stars on his shows.

What is Rylan Clark-Neal's role in Eurovision?

Rylan made the exciting announcement that he will be announcing the UK's votes during the Eurovision final.

"Hello Europe! This is Rylan calling and I'm so excited to announce that not only am I going to be hosting to semi finals alongside lovely Scott Mills.

"but I will be flying straight back to London to announce the votes of the United Kingdom for the final."

He added: "I've waited my whole life to do this and I can't believe that it's finally happening.

"I'm so excited for everything, the backdrop; is it going to be the London skyline? Is it gonna be the dome? A picture of me? I don't know! It could be anything but I'm so excited to be doing it." 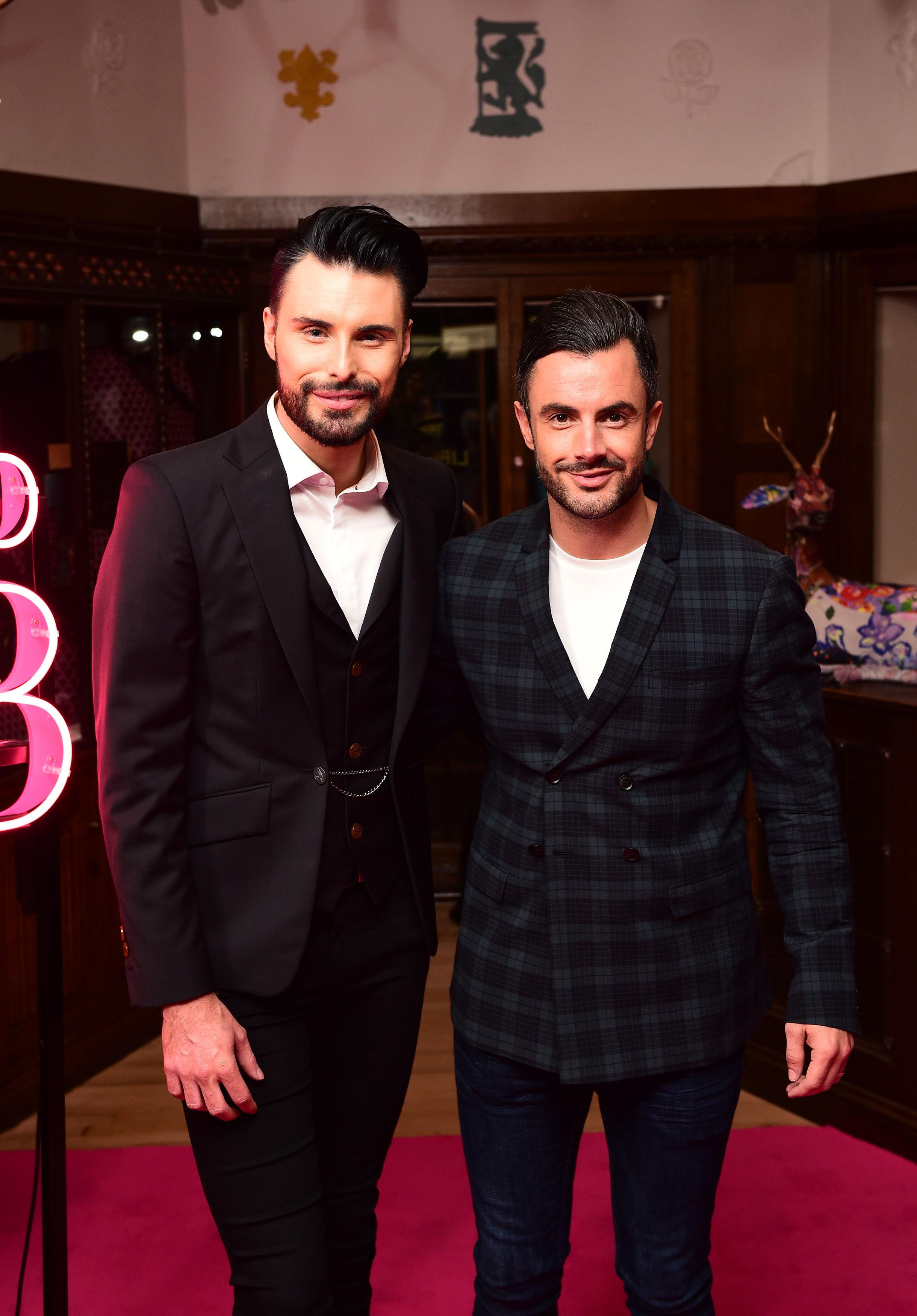 They met when Rylan interviewed Dan on Bit On The Side after his elimination on the normal version of BB.

On September 18, 2014, the couple announced their engagement and were married in a star-studded ceremony on November 7, 2015 in Essex.

Rylan is step-dad to Dan's son Cameron and there has been talk of the pair adding to their family with a baby of their own.

What happened to Rylan on X Factor?

In May 2012 Rylan auditioned for the ninth series of The X Factor in front of Louis Walsh, Gary Barlow, Tulisa and guest judge Rita Ora.

He amused the judges and the studio audience with his friendly banter and bubbly personality, before singing a dance version of Des'ree's "Kissing You".

He got through to the live finals (with an unforgettable emotional outburst) but was eliminated by the judges in week 8. 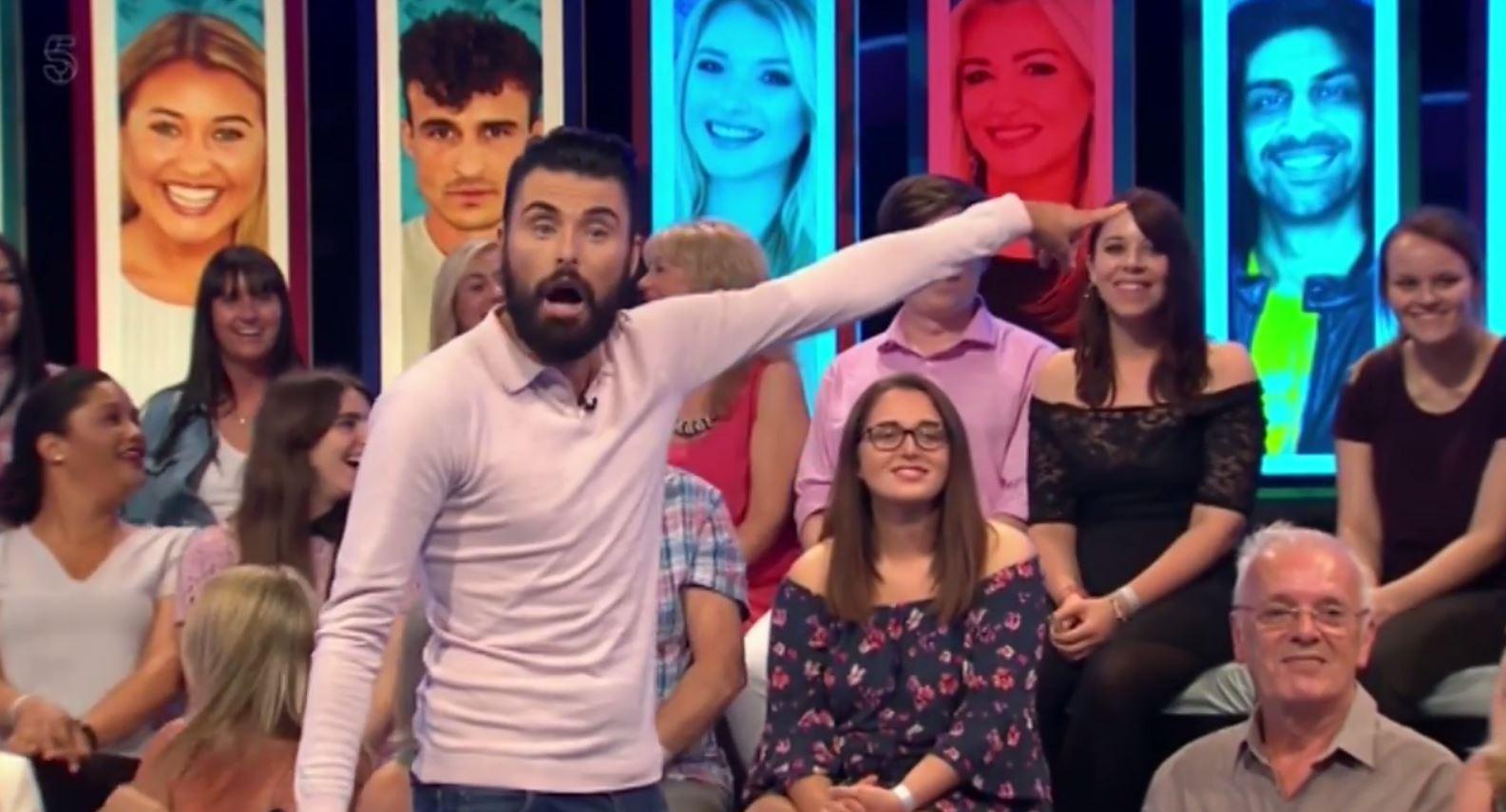 What did Rylan do after he left X Factor?

Rylan starred in the eleventh series of Celebrity Big Brother in January 2013.

He famously was involved in many run-ins with Heidi Montag and Spencer Pratt – but made up with them after they were eliminated from this year's show.

Rylan went on to win the show, with Speidi coming second.

He was so well-received on the show that he was given the job of presenter on spin-off show Big Brother's Bit on the Side in May 2013.

Since then, his presenting career has sky-rocketed.

What TV shows has Rylan presented?

The star was given his big break as a presenter by taking on the role for the Channel 5 show as the master of ceremonies during the spin-off.

Since then he has become a mainstay for the show alongside the live show presenter Emma Willis.

During the summer series of Big Brother in 2017, he celebrated his 300th episode presenting the show.

In 2018, he spoke out about the punch argument between Roxanne Pallett and Ryan Thomas, tweeting "I’m gonna get in trouble for this , I’m all for no interfering no outside contact etc …. BUT SHOW THE HOUSEMATES THE FOOTAGE. There I’ve said it. Praying they will."

During the final show on November 5 on Channel 5, Rylan broke down in tears as he bid farewell to the show that he said gave him his career and his personal life <sob>. 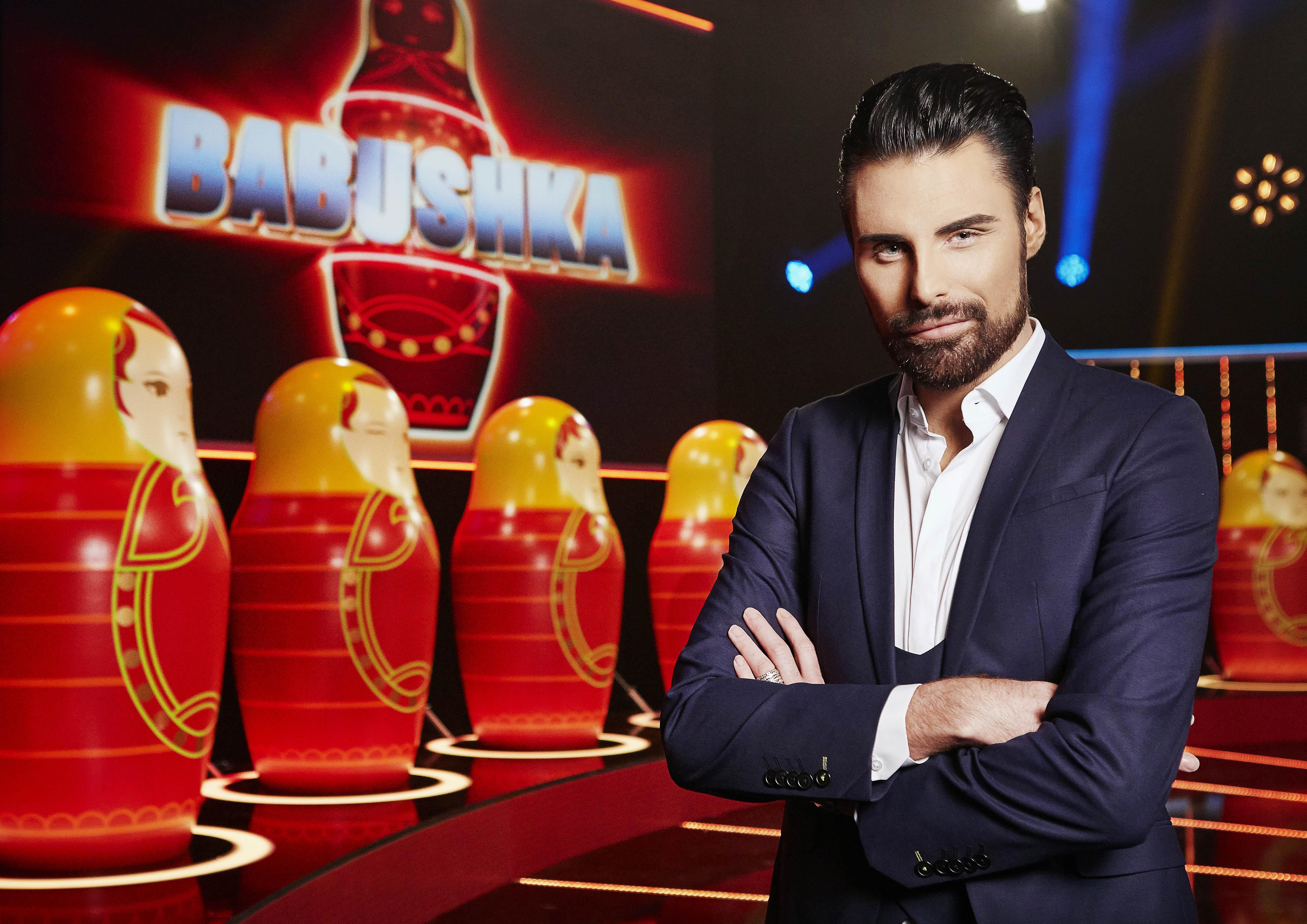 Rylan went back to his roots and hosted the ITV2 X Factor spin-off Xtra Factor for one series in 2016.

Starring alongside Matt Richardson, the pair interviewed those who had been kicked off the show, as well as celebrity guests.

While the new format show was well-received, ITV bosses decided to pull the plug on the show as both series started falling in numbers.

As a result, the 2016-17 series was announced as the last series of the Xtra Factor.

Channel 5 gave Rylan his own TV show and the star led the way with celebrity interviews and tongue-in-cheek humour.

However numbers for the show wasn't great and it was eventually cancelled after only one series. 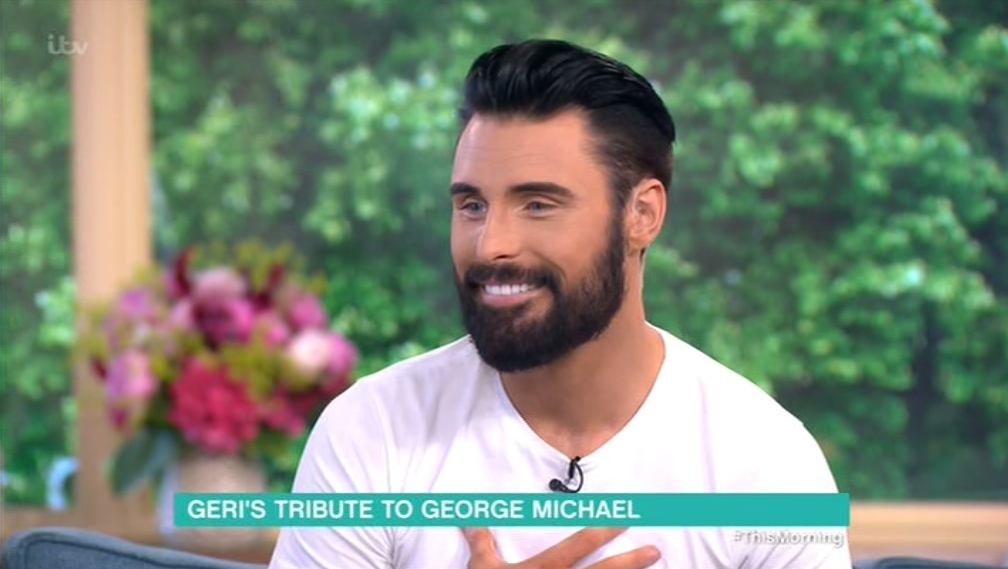 Babushka replaced The Chase on ITV in the first half of 2017, much to the dismay of die-hard fans.

It was fun while it lasted though but unfortunately, Babushka was never meant to last and was shuttered by ITV to make way for the return of The Chase on May 29.

Rylan has become a supporting presenter on the long-running TV show, with his showbiz segment and frequent appearances.

Between May 29 and June 2, 2017, Rylan was promoted to for full hosting duties while Phillip Schofield was on holiday for the first time – and he obviously did a good job as he stood in for them with his BB partner Emma Willis over Easter 2018.

He also became part of the first gay couple to present the show when he appeared alongside husband Dan Neal for one episode in 2016.

Rylan narrates the brand-new show Spa Wars on ITVBe, which is a bit like Come Dine With Me, but with beauty salons.

The competitive beauty series pitches three rival salons owners against each other across the course of the week.

They battle it out to find out whose treatments offer the best value for money, with one being named Spa Wars Winner.

The Wave, which involves the contestants heading out into the ocean.

The players have to pick up bags of cash or pebbles and make their way to a pontoon where they will have to answer a series of questions.

If they get the question right they win the cash but then have to make their way to shore within a set time – or they lose their winnings.

In November 2018 it was announced Rylan would take over Zoe Ball's BBC Radio 2 slot on Saturday afternoons.

The vacancy appeared after Zoe was moved to the weekday morning time following Chris Evans' decision to leave the BBC and return to Virgin Radio.

Rylan said: "I'm so excited and honoured to be joining the BBC Radio 2 family.

"I can't wait to get started and look forward to being in the studio from the New Year."

What is Rylan's net worth?

Rylan has amassed quite a fortune during his time in the spotlight.

In 2016, reports estimated that Rylan had raked in a staggering £4.5million since leaving The X Factor.

Winning Celebrity Big Brother was a further springboard for his career, and he’s now a regular presenter on This Morning, CBB and The Xtra Factor. 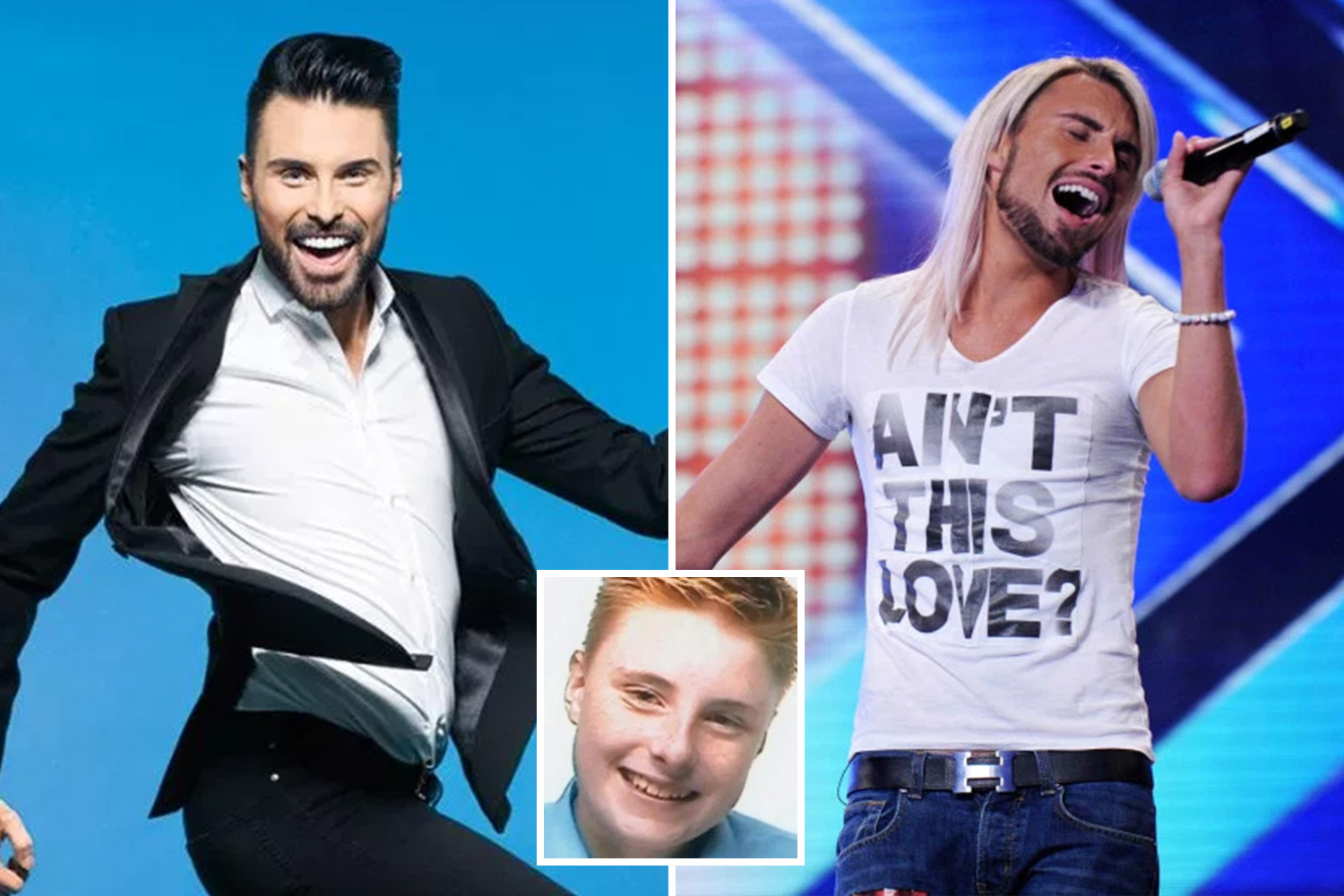 RY'S ALL RIGHT I was bullied for being ginger, gay and fat, reveals Rylan Clark-Neal

What has Rylan said about his famous white teeth?

But he said they were a saving grace when he started presenting the Big Brother spin-off show.

“These teeth were the best and worst decision of my life,” he told The Daily Star.

“For the first three months of Big Brother I was a terrible TV presenter. But everyone was talking about the teeth.

“By the time they’d stopped talking about the teeth I was good at my job.

“I literally learned on the job.” 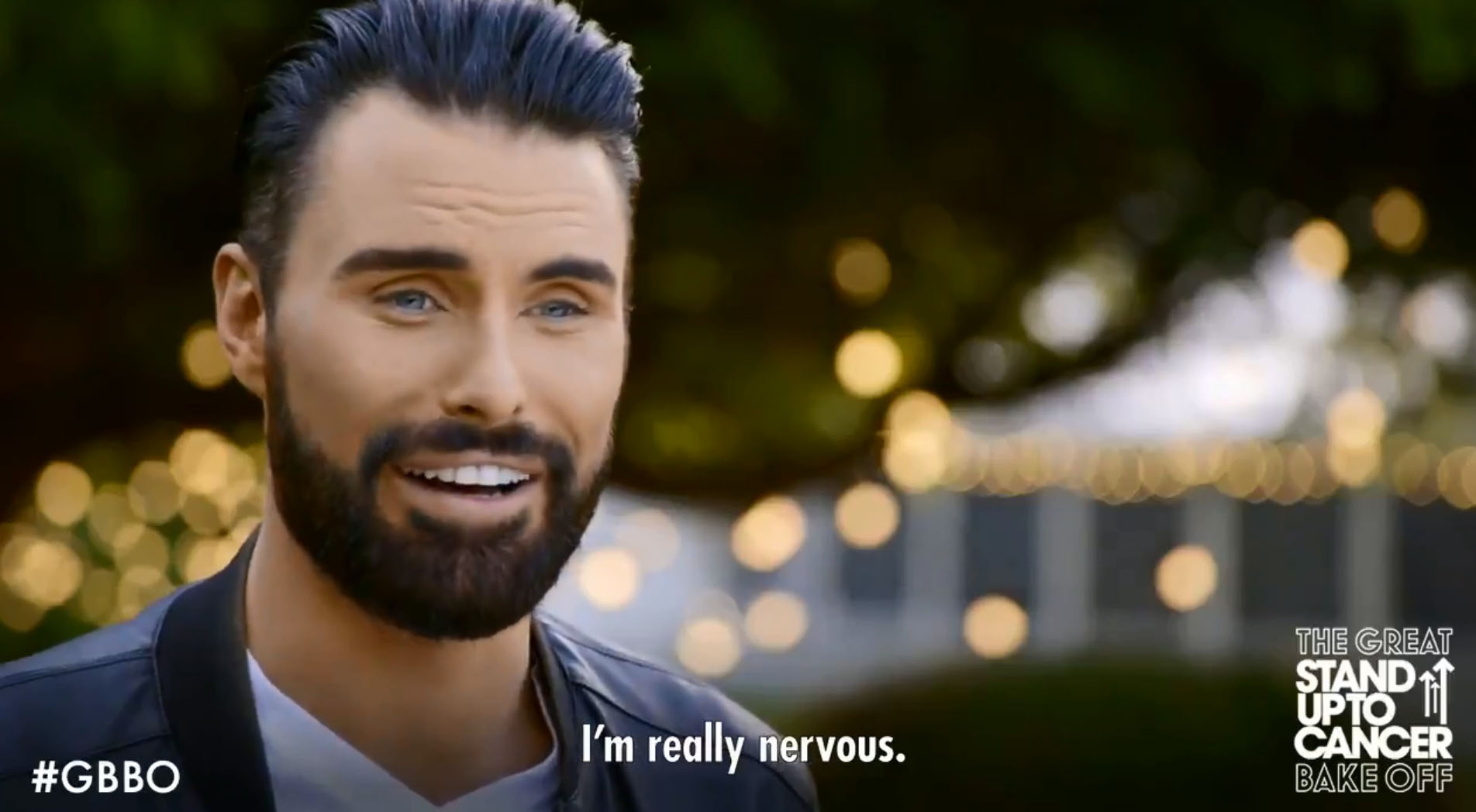 Did Rylan appear in The Celebrity Bake Off Special?

Yes! Rylan took part in the five-part series in aid of charity.

The presenter shocked judges Paul Hollywood and Prue Leith with his 'poo cake.'

It was first announced in October that he would be taking part in the programme to raise awareness of the disease.