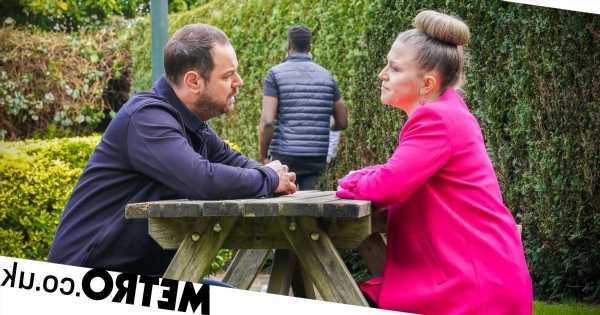 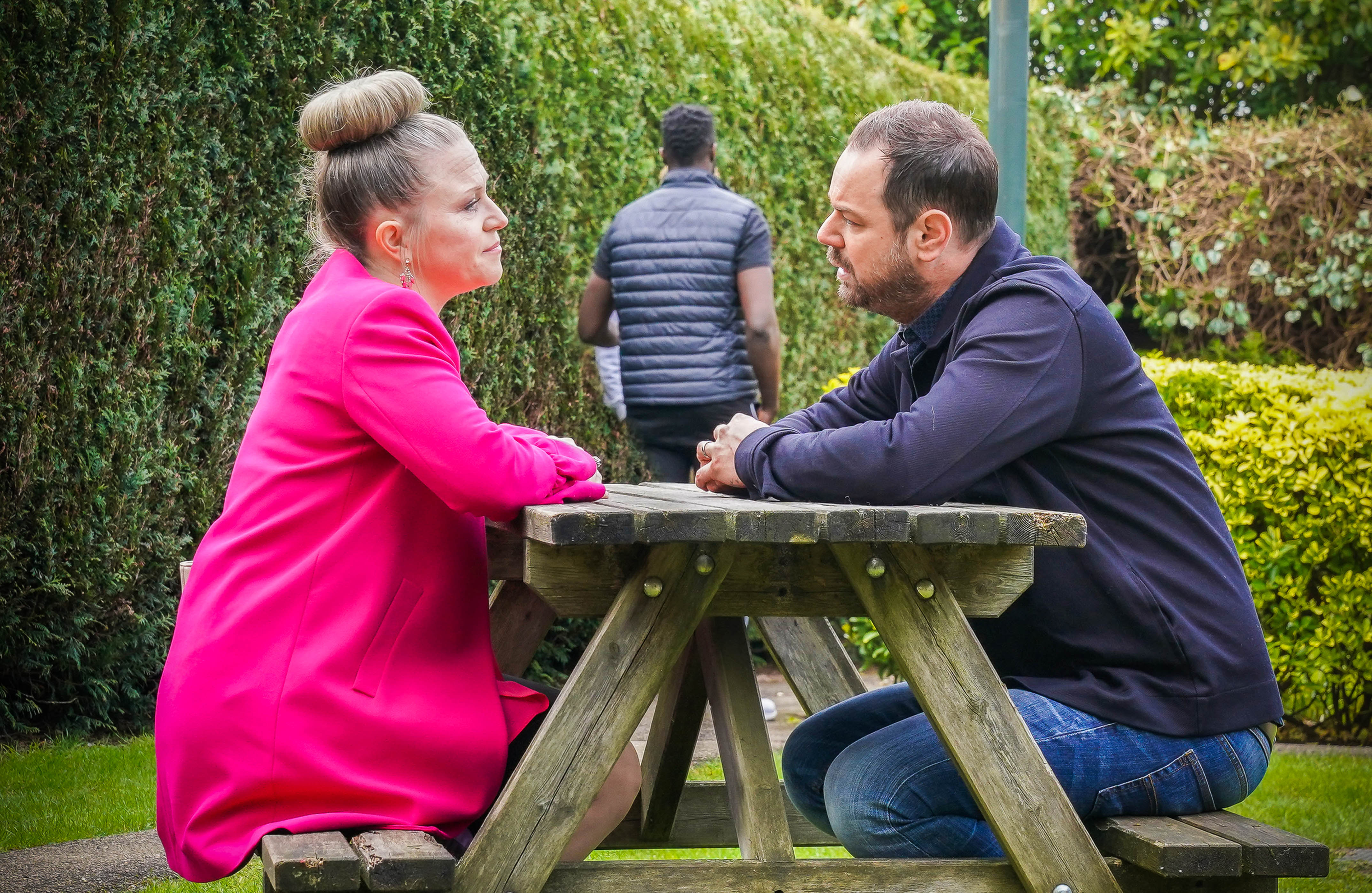 The following article contains major spoilers for this week’s EastEnders episodes, which can now be viewed on BBC iPlayer in the form of a boxset.

Linda and Mick Carter (Kellie Bright and Danny Dyer) have been struggling to move forward in the wake of Linda discovering that she’s pregnant with Max Branning’s (Jake Wood) baby.

The popular couple, however, make a huge decision regarding the baby in this week’s episodes of the BBC One soap.

In the wake of Max kidnapping Abi, they decide that they will raise the baby as their own child, telling their neighbours that Linda is five months gone instead of six.

‘The situation’s changed, Mick,’ Linda tells her hubby. ‘I saw Rainie’s face this morning. I don’t ever want to be in her shoes.

‘We say I’m five months instead of six. No one would ever know.’

Mick agrees to her proposition, and before long, they unveil Linda’s pregnancy to the punters in The Queen Vic, who toast to the Carter clan’s future.

Secrets never stay secret for long in Walford, so we’ll just have to wait and see if Mick and Linda’s plan pays off.

With Euro 2021 having kicked off, EastEnders’ regular broadcasting pattern has been altered.

Therefore, the decision was made to allow audiences the opportunity to watch all of this week’s editions online ahead of broadcast.

These episodes will still air on BBC One later this week, albeit in a different slot. And, whether you’re bingeing or watching on the telly, it’s a week in Walford that’s not to be missed.

All of this week’s EastEnders episodes are now available to stream on BBC iPlayer. Alternatively, the episodes will air Tuesday June 15 at 7:35pm and 7:55pm, and Wednesday June 16 at 8:10pm and 8:35pm on BBC One.