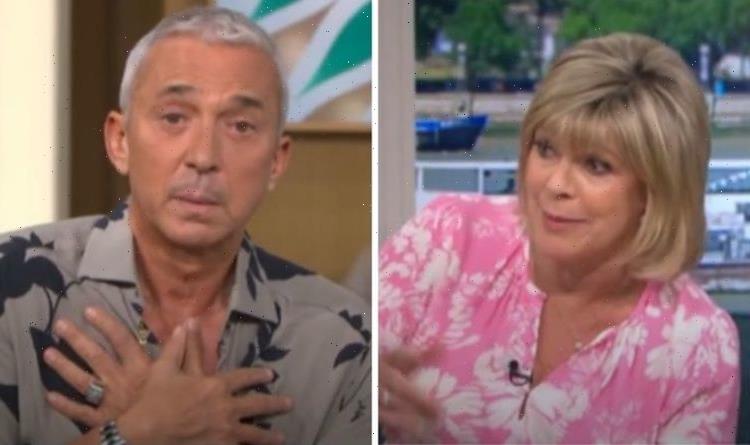 Strictly: Bruno Tonioli explains why he isn't judging on show

It was announced at the start of the month that long-term Strictly Come Dancing judge Bruno Tonioli would not be taking part in the upcoming series, with veteran professional dancer Anton Du Beke taking his seat on the judging panel. Former celebrity contestant Ruth Langsford was chatting to Bruno and fellow judge Craig Revel Horwood on ITV’s This Morning alongside co-presenter and husband Eamonn Holmes when she admitted she “wouldn’t miss” Bruno on the show.

It came as the choreographer was talking about his absence from the 2021 series.

In previous years Bruno has filmed the BBC show alongside the US version, Dancing with the Stars.

But due to travel restrictions during the pandemic, he was unable to film Strictly last year.

With ongoing changes and restrictions remaining in place this year, it was decided he would once again step away from the BBC show.

Talking about this year’s program, Bruno told This Morning viewers: “We don’t know if I can go backwards and forwards, because I used to fly in [to film].

“I love the show, it’s fabulous, it really is. It hurts, but contractually it’s going to be a nightmare – it can’t happen.”

He continued: “So the BBC and – well, together – we said ‘let’s pass this year, see what happens’ but you know, I’m there, my heart is with you guys, you’ll be fantastic.

“You’re going to do a fantastic show and I’m sorry but I can’t do it this year. Maybe in the future!”

“I wouldn’t miss it,” Ruth cut in directing her comments to Craig. “When you’re standing there getting judged by him, I wouldn’t miss him! The things he said to me…”

“But I’m so nice,” Bruno replied. Alluding to Ruth’s own stint in Strictly Come Dancing, Eamonn said: “Darling, I don’t know how you can look at either of these two,” as he pointed towards Craig and Bruno.

He continued: “Or talk to either of them after the things they said about you.”

“Well it’s all part of the show isn’t it?” Ruth replied, laughing.

The 61-year-old presenter took part in the 2017 series of the BBC dance show, where she finished in ninth place.

Ruth was partnered with Anton, 54, who will be leaving the dancefloor behind him for the first time since the show started in 2004.

Despite appearing in every show since then, Anton has unfortunately never gone on to win.

Both viewers and other Strictly Come Dancing stars were delighted that he would be joining judges Craig, Shirley Ballas and Motsi Mabuse.

The 2020 show saw Oti Mabuse and actor Bill Bailey being crowned winners as a slightly shorter series took place amid the pandemic.

It was the second win for Oti, 30, after she won the previous year with actor Kelvin Fletcher.

Strictly Come Dancing is set to return to the BBC later this year.