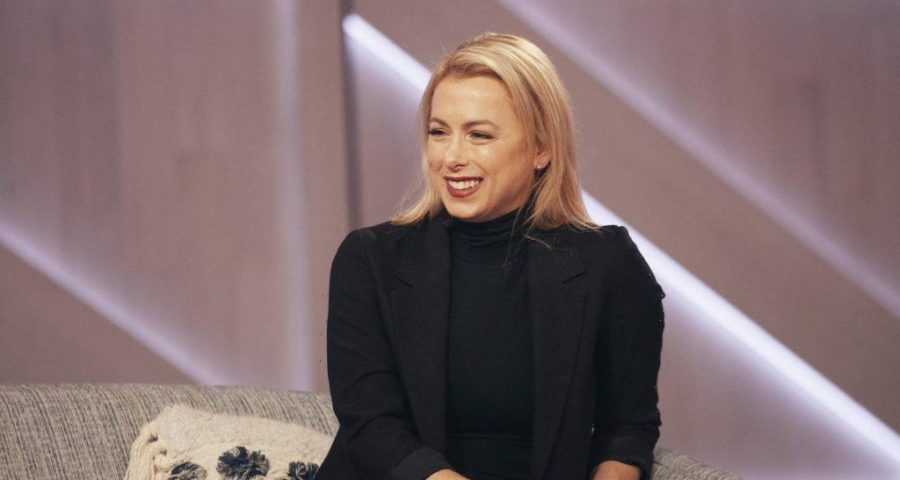 What’s trending on Netflix isn’t always a true story. But Iliza Schlesinger proves with the June release of her new movie that real-life tragedy often begets humor. Good on Paper deep-dives into the seedy world of serial con artists, liars, and charlatans.

Yes, Schlesinger has an ex-boyfriend who lied about everything

Good on Paper builds on the sickeningly familiar sensation of realizing you’ve been lied to about a person’s real character and intentions. Schlesinger’s account of what it’s like to court, fall in love with, and slowly realize you’ve been had, is shocking and harsh. In short, it’s realistic.

That’s because she based the movie on a particularly problematic relationship in her own past. She wrote and starred in the film. In an interview with Vanity Fair, Schlesinger admitted that her main character, Andrea, is “basically me.” And Andrea doesn’t go into the nightmare naively. On the contrary, she’s successful and confident in her identity when she meets a dangerous con artist named Dennis.

“She has paid her way through life, built a career and works hard,” Schlesinger said. “She can be a little rude at times, but the similarities are there because this was a real story that happened.”

While Schlesinger declines to name the person involved, she’s clear about her experience. “The beauty of this movie is that it is accurate,” she said. “All of those lies happened.”

Nothing is what it seems

In Good on Paper, Andrea (Schlesinger) is a well-known comic who feels she’s missing out on love. And at 35, she’s suddenly feeling anxious about moving forward and forming a lasting connection. She surprises herself by falling rapidly for a charming hedge-fund manager named Dennis (Ryan Hansen). When they meet-cute on an airplane and begin talking, Andrea isn’t entirely impressed. Rather, she seems put off by Dennis calling attention to his model girlfriend, ivy league education, and allegedly lucrative career. He does know who she is, though, so he scores points for that.

She has no reason to question anything and every reason to just go with it. As the two gradually fall into a comfortable friendship, she begins to build up a future in her mind. Her best friend Margot (Margaret Cho) hilariously attempts to support and warn Andrea at the same time.

She wasn’t attracted to him

Schlesinger is open about the fact that she wasn’t attracted to her real-life ex-boyfriend when she met him—which in retrospect added to her feelings of having been manipulated. “At the time he only struck me as elegant and witty and funny and charming—but I was not physically attracted to him at all,” she told Vanity Fair. “And I even remember thinking after we were friends, like, it’s such a shame because he’s a great guy.”

So how did she end up with him? Schlesinger explained she’d talked herself into it.

“I think this is a pressure we put on women. It’s like you almost will yourself into liking them.”

And that’s a mistake, Good on Paper conveys, for which women too often pay dearly.