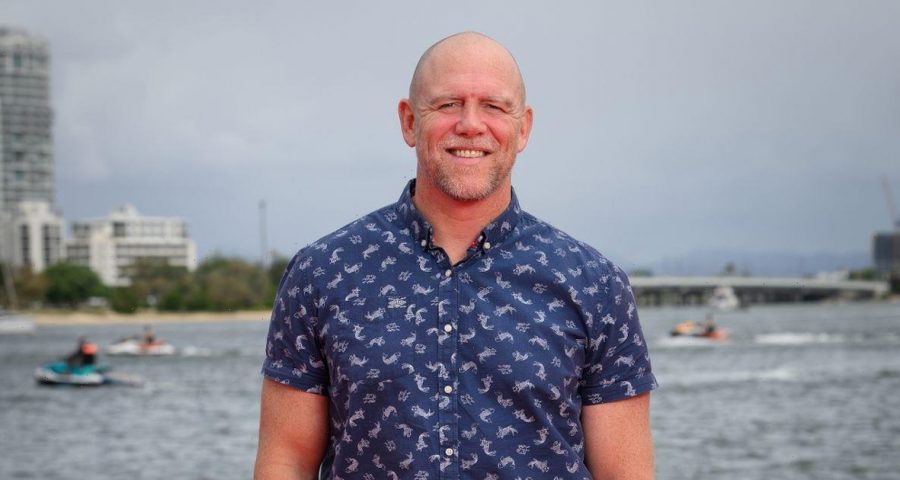 I'm a Celebrity… Get Me Out of Here! viewers were shocked when they heard Mike Tindall swear during his VT.

The rugby legend, 44, was chatting about how he was feeling about heading into the jungle where he knows he will be eating the basic diet of rice and beans.

Explaining that the lack off food is something he will be concerned about, he said: "I like food, I eat a lot of food – so that's going to be my main concern is when you're not getting it."

READ MORE: I'm A Celeb's Olivia Attwood worries for her boobs as she jumps from chopper at 10,000ft

Mike, who is married to married to Queen Elizabeth II's granddaughter Zara Phillips exclaimed: "I'll eat anything, even if it tastes sh**."

Immediately picking up on the comment, fans took to social media to point out how they thought King Charles would react to hearing him swear.

One user wrote: "King Charles sat watching Mike swear on telly," accompanied by a photo of a man sat with his legs crossed and a disappointed look on his face.

Another penned: "King Charles watching Mike Tindall swear on TV and eat kangaroo bum," which was followed by a GIF of Clint Eastwood looking disgusted.

While another added: "King Charles hearing Mike Tindall swear," alongside an image of Shrek pulling a straight face.

While others took to social media to admit Mike is now amongst their favourite campmates after being the first to swear.

"Haha Mike Tindall first celeb to swear. Yep he’s my winner so far," penned one as a second agreed: "I quite like Mike Tindall I like people who swear a bit."

Elsewhere in the show, things took an awkward turn for Hollyoaks star Owen Warner when it became clear he had no idea what A Place in the Sun was.

The confusion began when Scarlette Douglas arrived, prompting Boy George to tell Owen: "She's from A Place in the Sun."

Not realising the show George was referring to, a confused Owen replied: "Whereabouts?"

An amused Boy George later replied: "No, like the TV show."

For more of the latest showbiz and TV news from the Daily Star, make sure you sign up to one of our newsletters here .