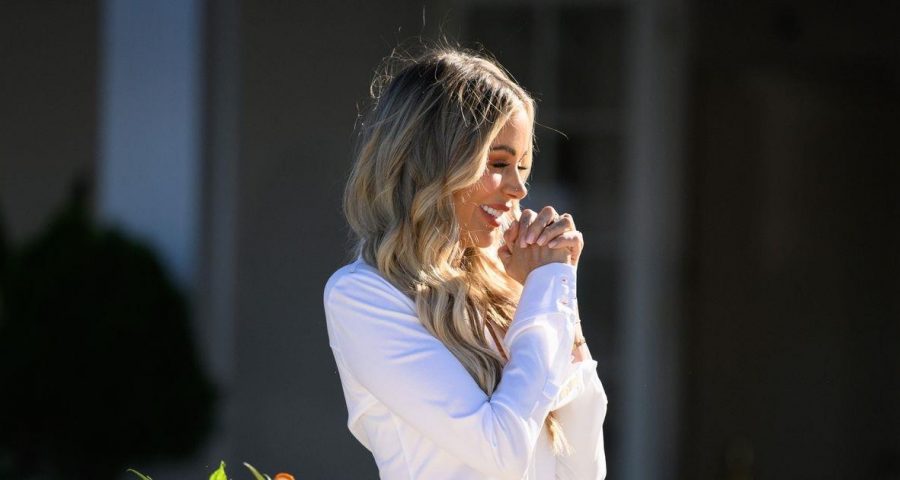 Olivia Attwood left I’m A Celebrity… Get Me Out Of Here! viewers baffled during Sunday's opening episode as she made a bold toilet confession.

The former Love Island star, 31, is part of the star-studded 2022 line-up and joins the likes of Matt Hancock, Boy George and Mike Tindall in the iconic jungle.

Speaking ahead of her show debut in a VT, Olivia joked about taking part on the show: "I pee in the garden almost every time I go out!"

Viewers were quick to react to the statement as one person tweeted: "I’m sorry what does Olivia mean by I pee in the garden?? Can you eloborate on that queen. Wtf is the context?? #ImACeleb" with laughing emojis.

A different account put: "Olivia 'I pee in the garden' #ImACeleb" with a confused emoji.

Another follower wrote: "“I pee in the garden every time I go out” right.. #ImACeleb."

While a different viewer added: "'I pee in my garden every time I go out' #ImACeleb" with a shocked emoji.

It comes as Olivia revealed the extensive makeover and list of treatments she has had ahead of I’m A Celebrity… Get Me Out Of Here! which includes Botox, a lip blush tattoo and haircut.

She said: "So, I did eyebrows, tint and lamination, my lip blush tattooed so it looks like I’ve got a bit of lippy on it’s gone a bit too red in the sun but that’s fine, better than nothing, and I did Botox and a facial and that’s it.

"I cut three inches off my hair, it’s not short, just to make it a bit more manageable. I cut down my nails to short and square, which is not my normal go to, it feels strange but just so I can actually use my hands instead of breaking a nail.

"I’m hoping this is going to be one of those experiences that make you realise that all those things don’t really matter – but somehow, I don’t think that’s going to be the case. It’s weirdly exciting to strip back and go back to basics."

Olivia also vowed that she is a changed woman since Love Island and will not cause rows in camp as she has got rid of the mental "baggage" she had a few years ago.